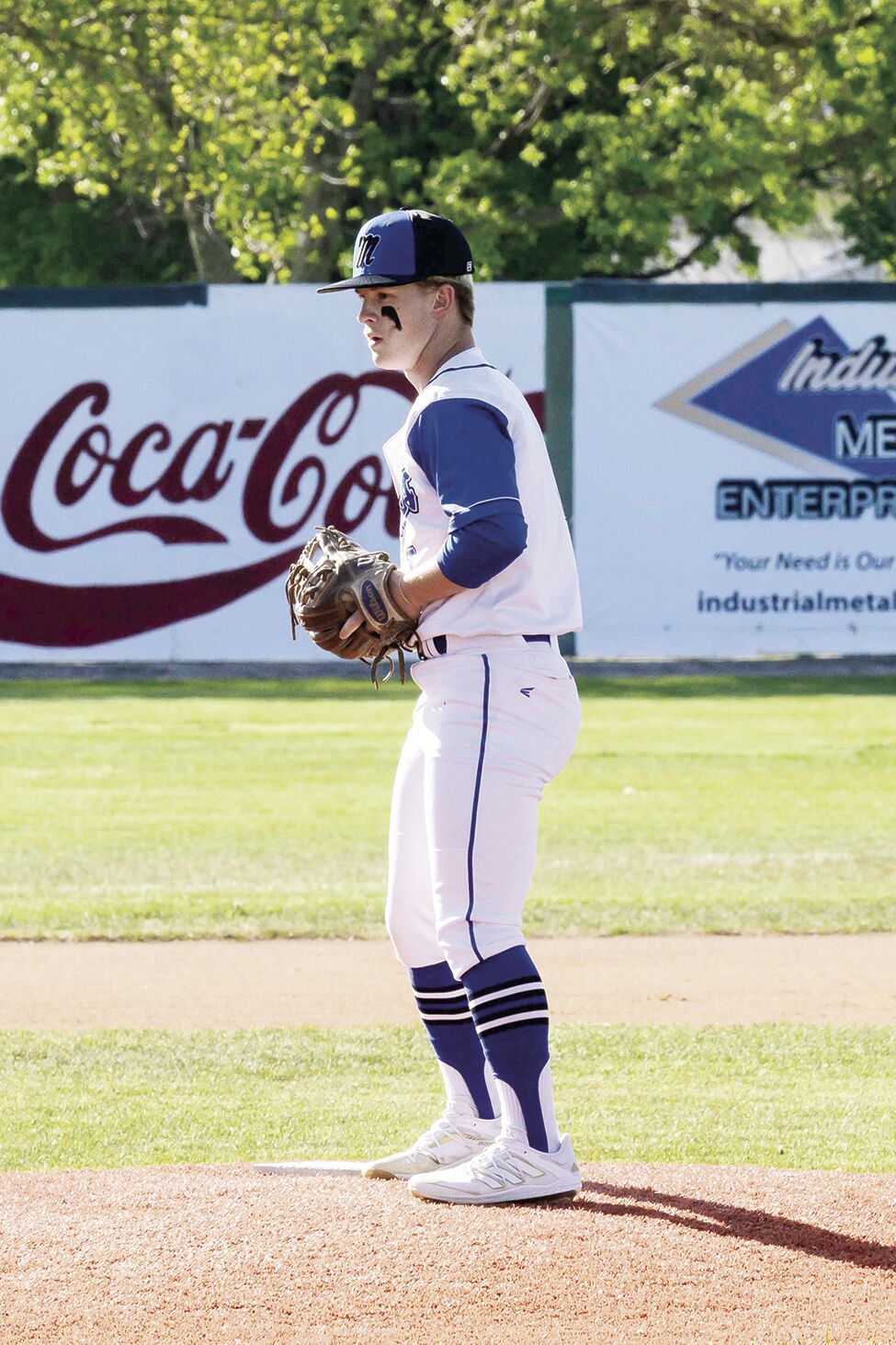 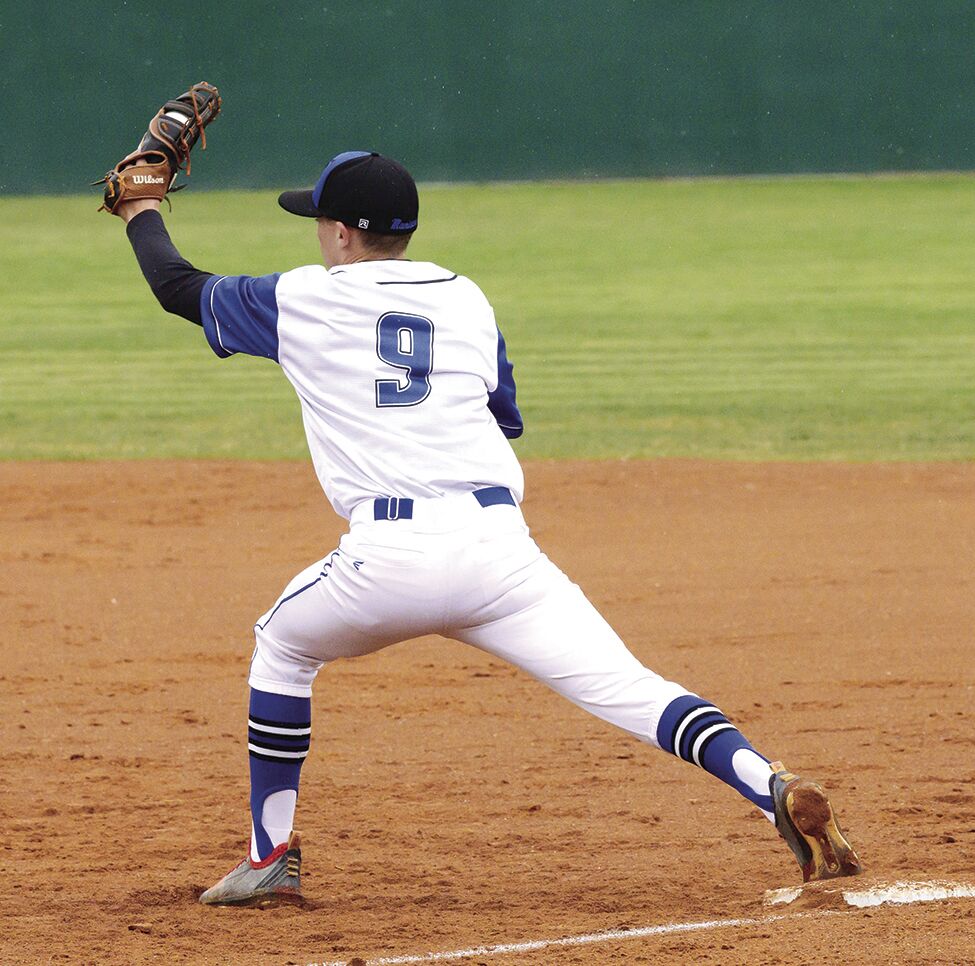 Dash Barlow at base for the Maniacs in State baseball last week at Pocatello. 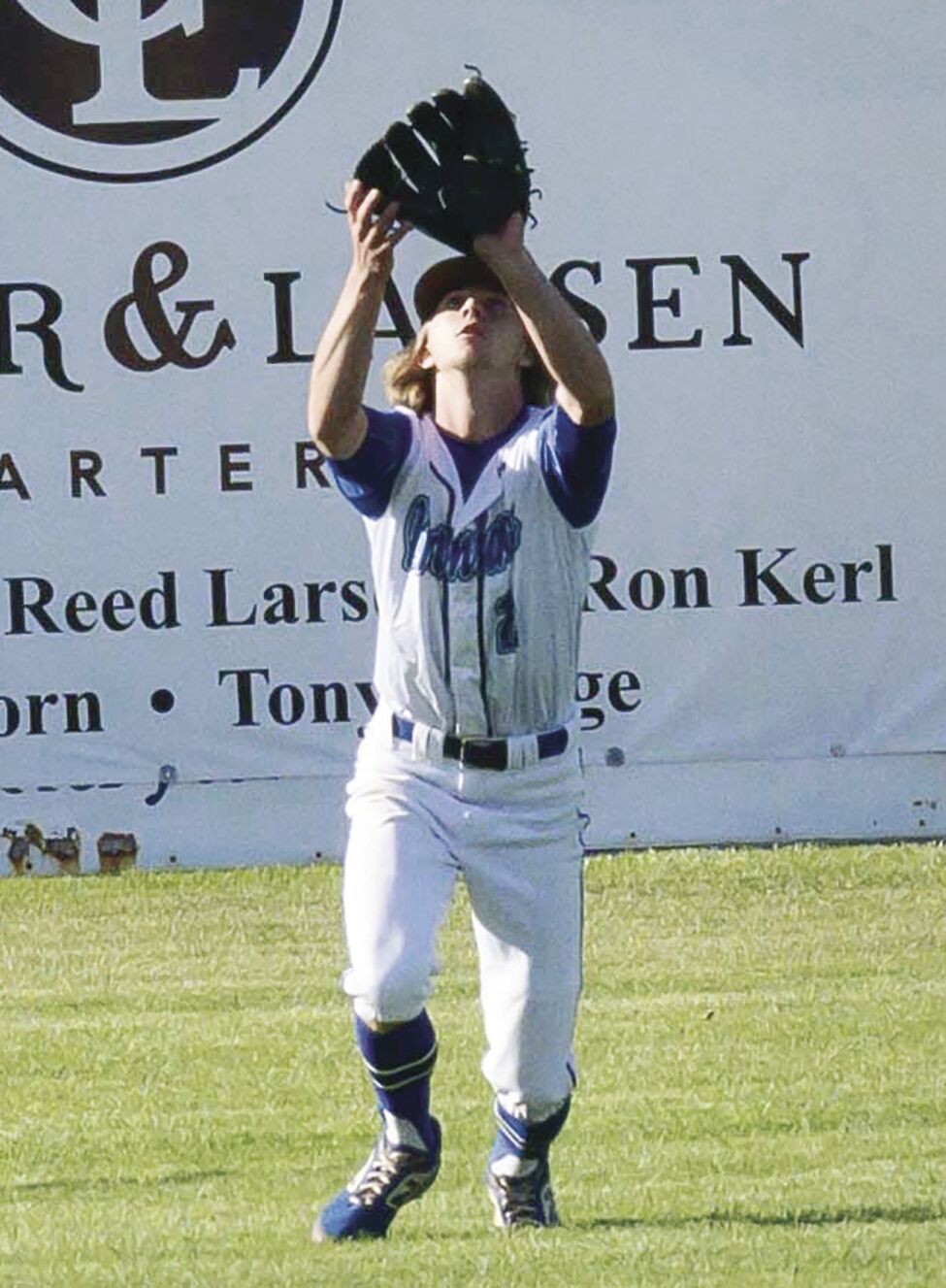 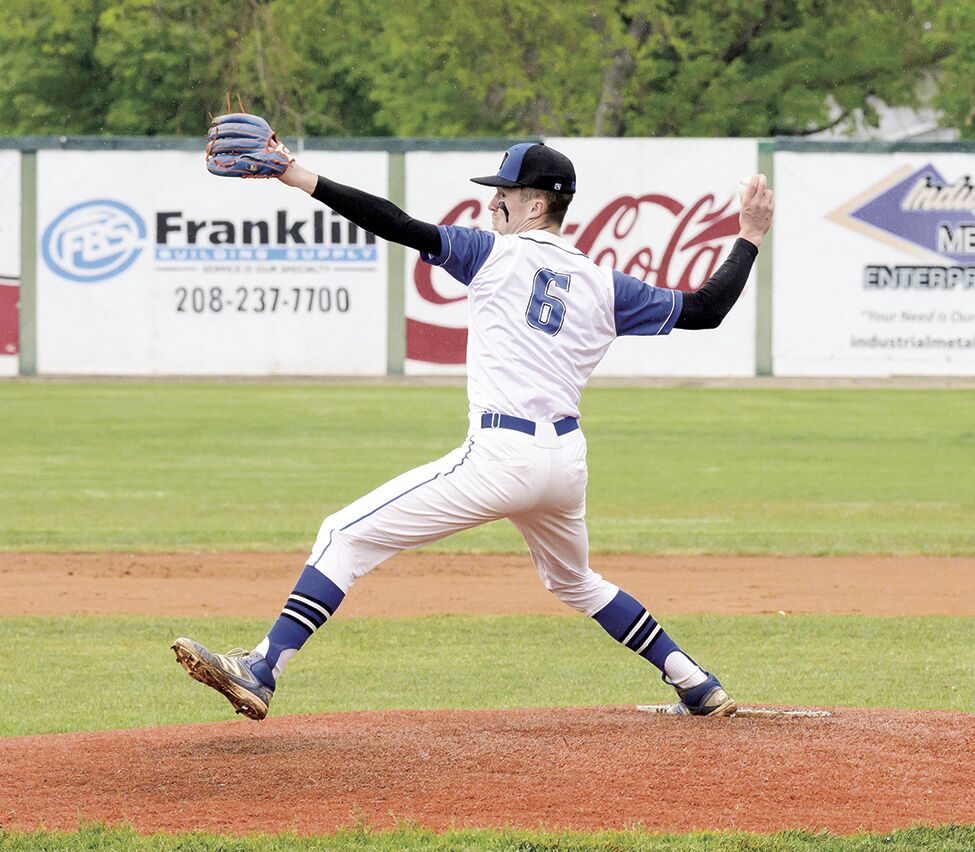 Rylan Larson pitches for Orofino against Melba in the Class 2A loser-out game at State on Friday, May 21.

Dash Barlow at base for the Maniacs in State baseball last week at Pocatello.

Rylan Larson pitches for Orofino against Melba in the Class 2A loser-out game at State on Friday, May 21.

The Maniacs played Malad in the first game of the Class 2A State Baseball Tournament at Pocatello on Thursday, May 20. The Dragons beat the Maniacs, forcing Orofino to the loser’s bracket against Melba on Friday, May 21.

The Dragons jumped on Orofino starter Brayden Turcott for 10 hits and eight runs in the first two innings.

Turcott led off the sixth with a double and Sparano added a single. Turcott and Sparano scored for Orofino’s runs.

The Maniacs bowed out to Melba in a Class 2A loser-out State baseball game at Halliwell Park on Friday, May 21.

Silas Naranjo went 2-for-5 with a run scored and an RBI for Orofino (14-9). Rylan Larson had a hit and two RBI.

Rylan Larson pitched eight hits, a walk and nine runs and five earned. He struck out two of the Mustangs.

The Maniacs battled back with six in the second, three due to an error on the left fielder during Easton Schneider’s at-bat. Larson followed two batters later with a two-run single, and Naranjo had an RBI single two batters after that.