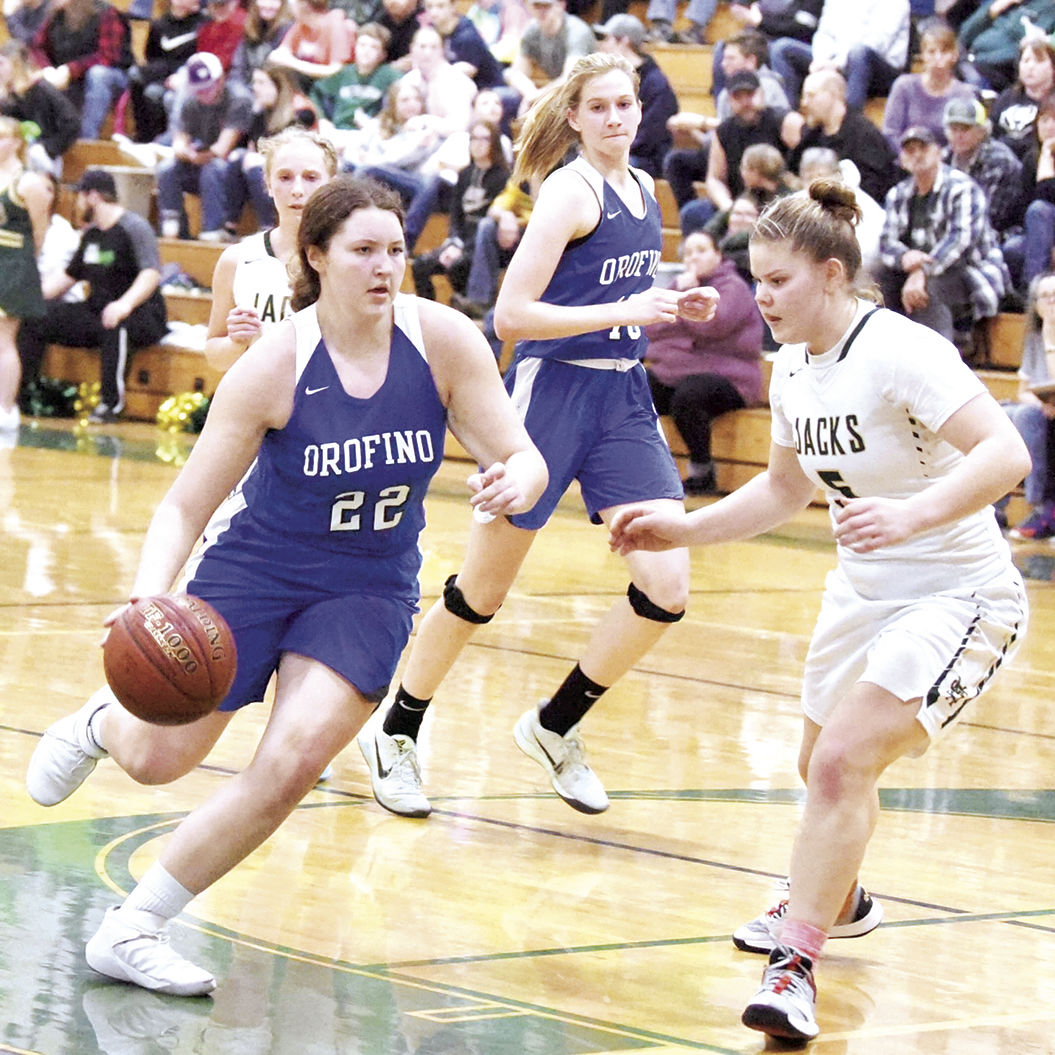 Kaylynn Johnson, #22 for Orofino, takes the ball down court past a Lady Lumberjack in the Saturday, Jan. 25 game played on St. Maries’ court. 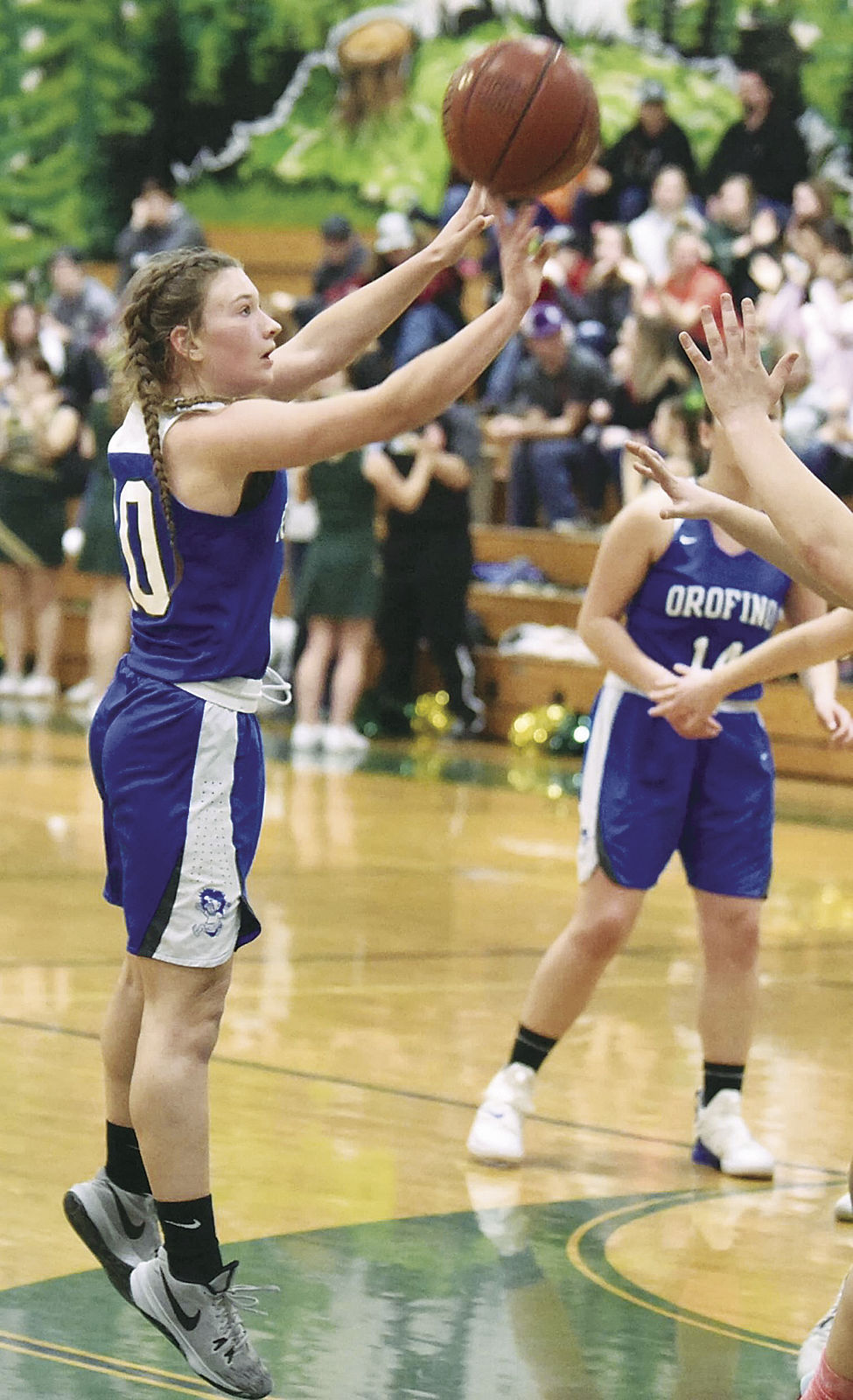 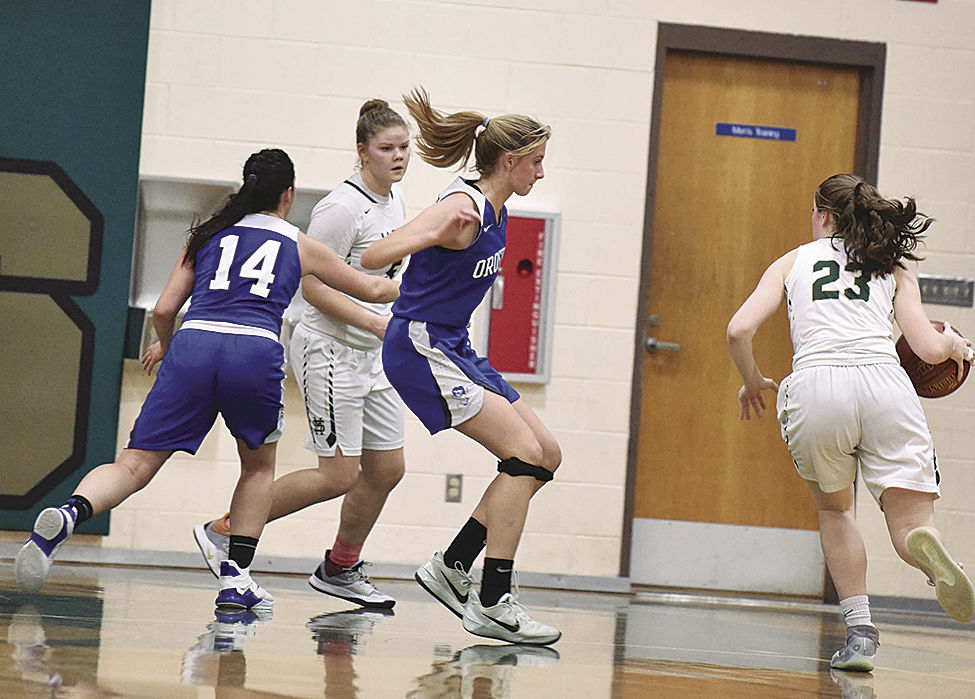 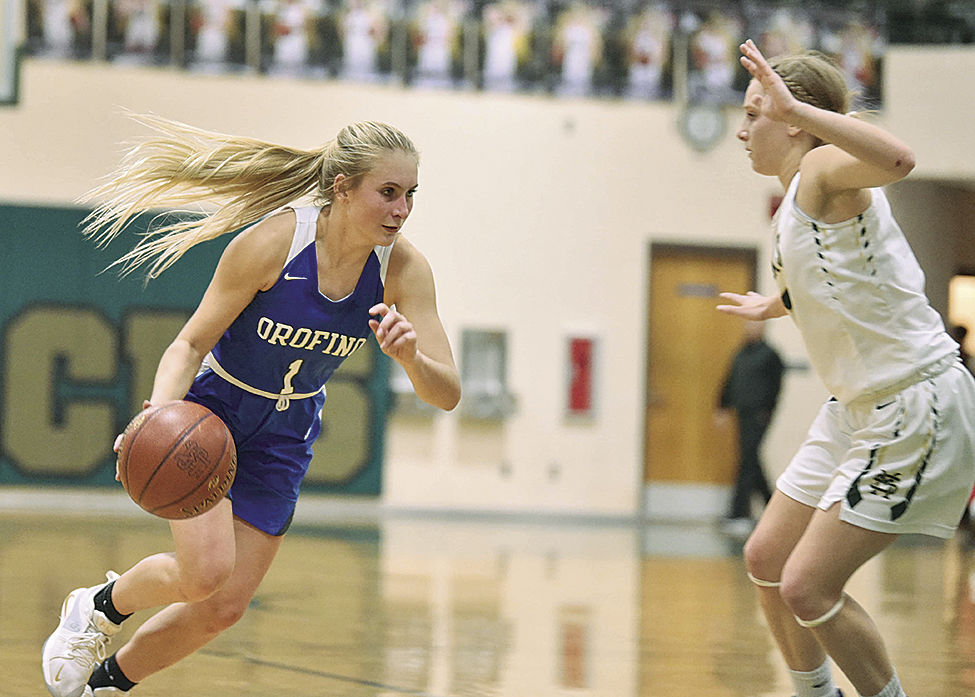 Orofino’s #1, Sydnie Zywina, driving the ball in for a basket at Saturday’s game against the Lumberjacks.

Kaylynn Johnson, #22 for Orofino, takes the ball down court past a Lady Lumberjack in the Saturday, Jan. 25 game played on St. Maries’ court.

Orofino’s #1, Sydnie Zywina, driving the ball in for a basket at Saturday’s game against the Lumberjacks.

This was a tough one for us. We just didn’t start out strong enough and at the end of the night, we had too many turnovers. St. Marie’s shot the ball very well and we just couldn’t stop them this time. But the girls played hard and did some great things and played with heart.

Unfortunately Sydnie Zywina went down with a hard hit to the face and was out for the last six minutes of the game, but the remaining four Maniacs played hard and pushed through the rollercoaster of emotions that they were experiencing having their teammate hurt and injured. This team has heart. This team has love and this team doesn’t give-up.

Sydnie Zywina is okay and we are very thankful for the support that was received while in St. Marie’s. The Lumberjack community is full of class and we saw it firsthand.

We still are pushing the ball and playing a fast paced game not only offensively but pressuring defensively as well. When you only have five girls and you full court press and push offensively, you’re going to have turn overs and that’s okay, it’s expected and the girls know that. We are just working on keeping them to a minimum. We are going to continue to push and pressure as it is only benefiting these young ladies and their game.