You have permission to edit this article.
Edit
Home
News
Sports
Obituaries
Announcements
Classifieds
Things To Do
Business Directory
Special Sections
Find Us Online
1 of 11 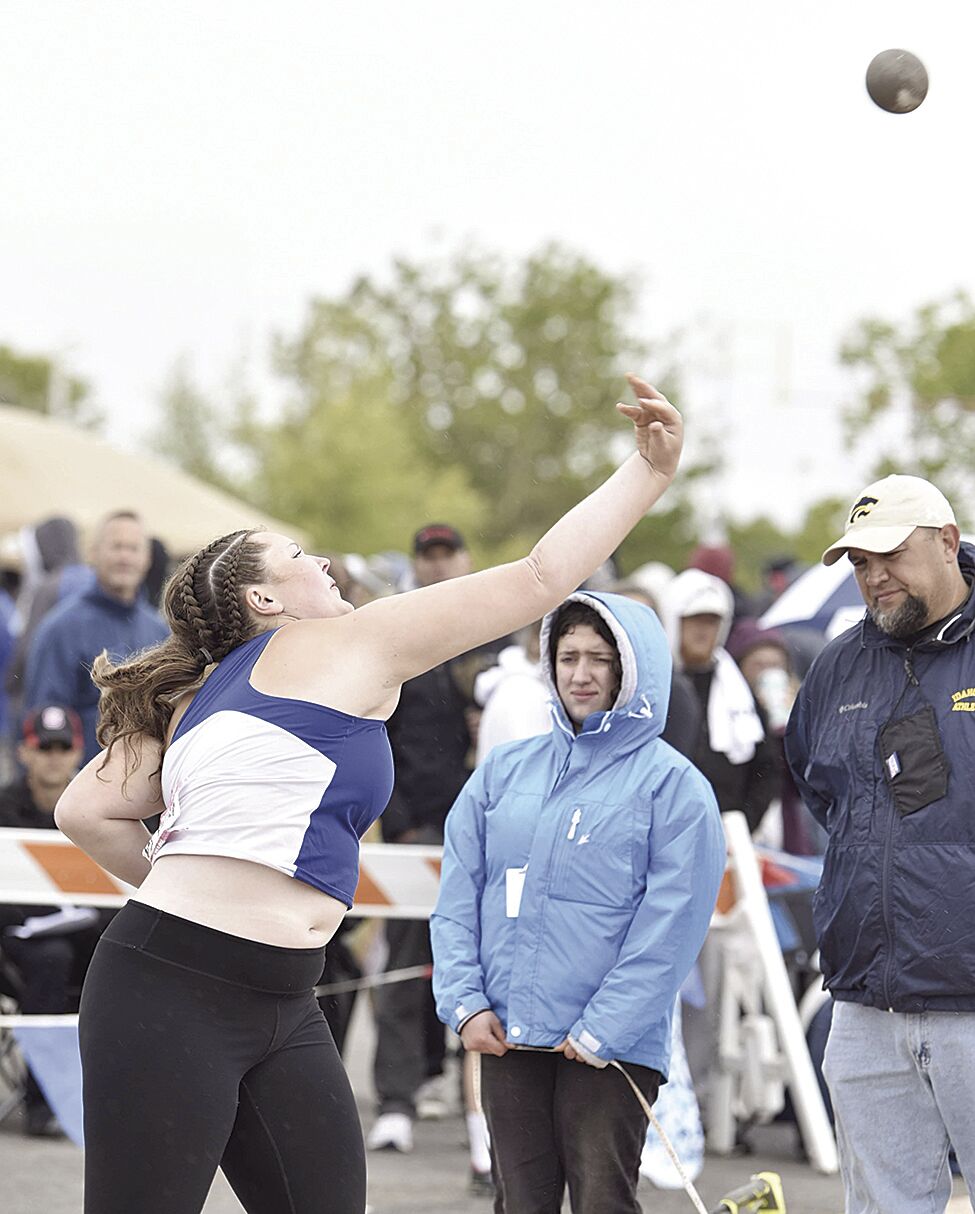 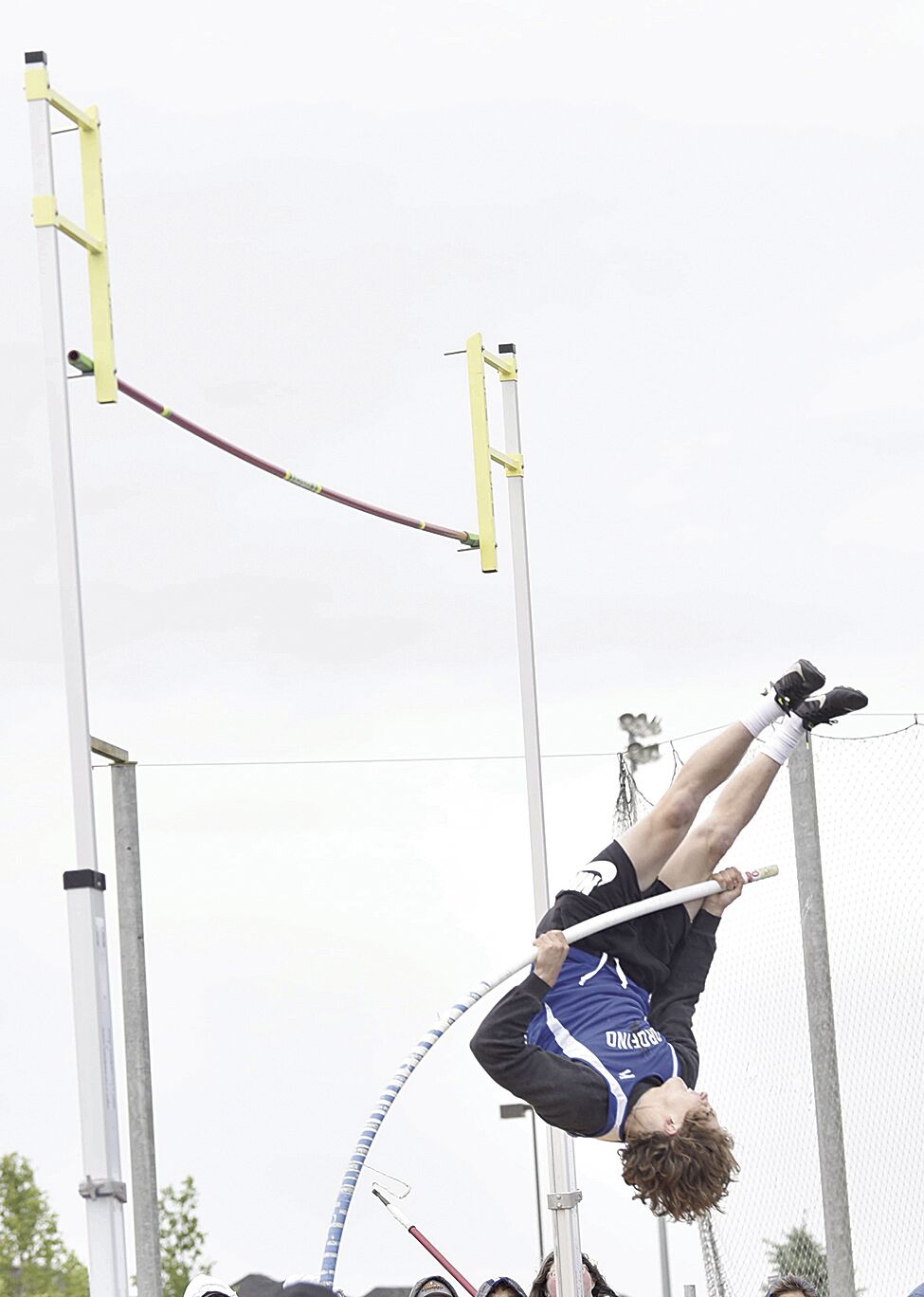 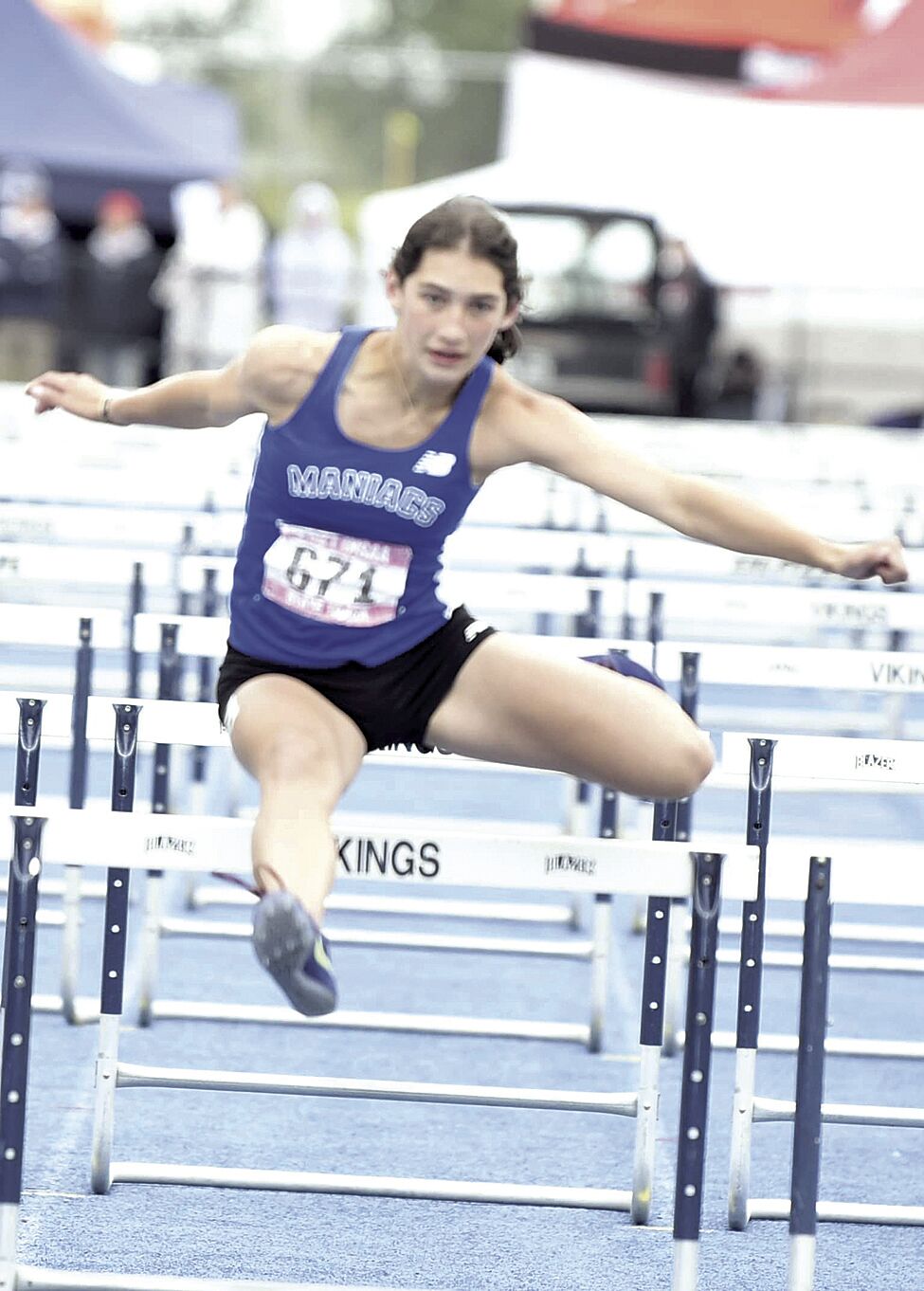 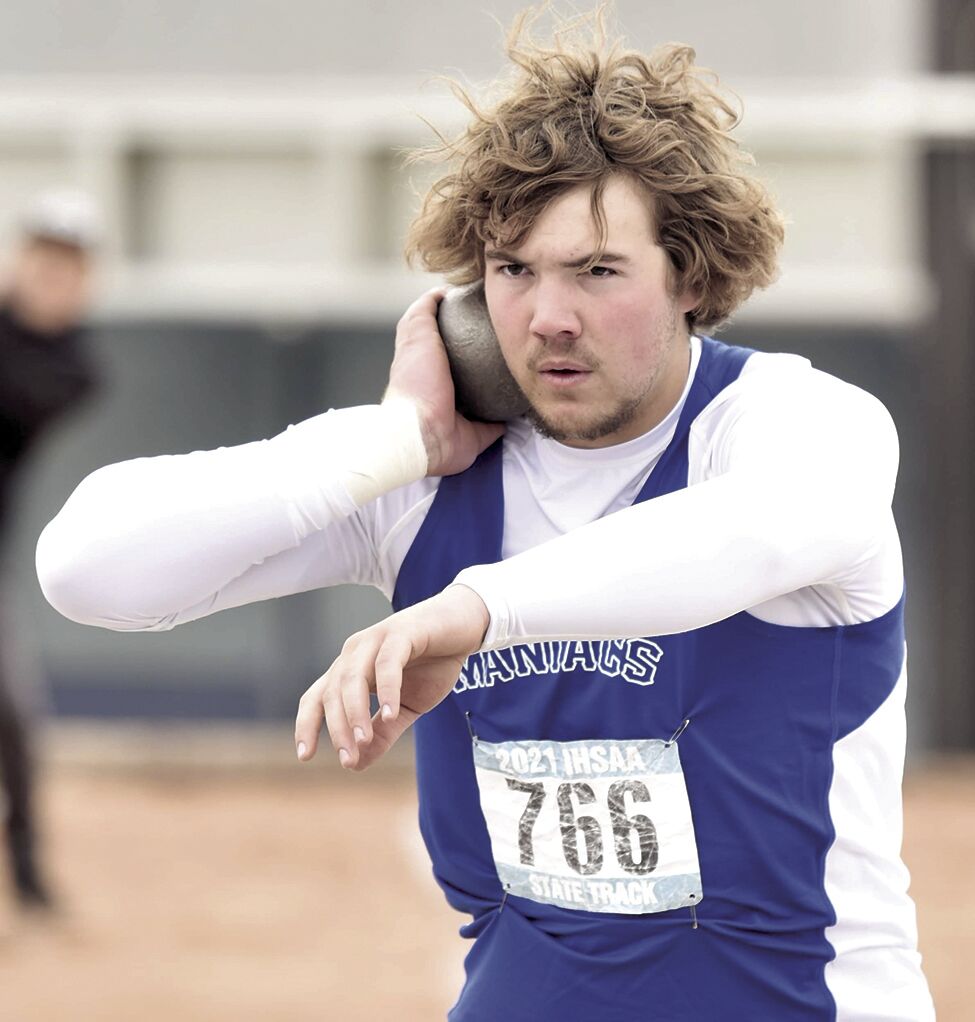 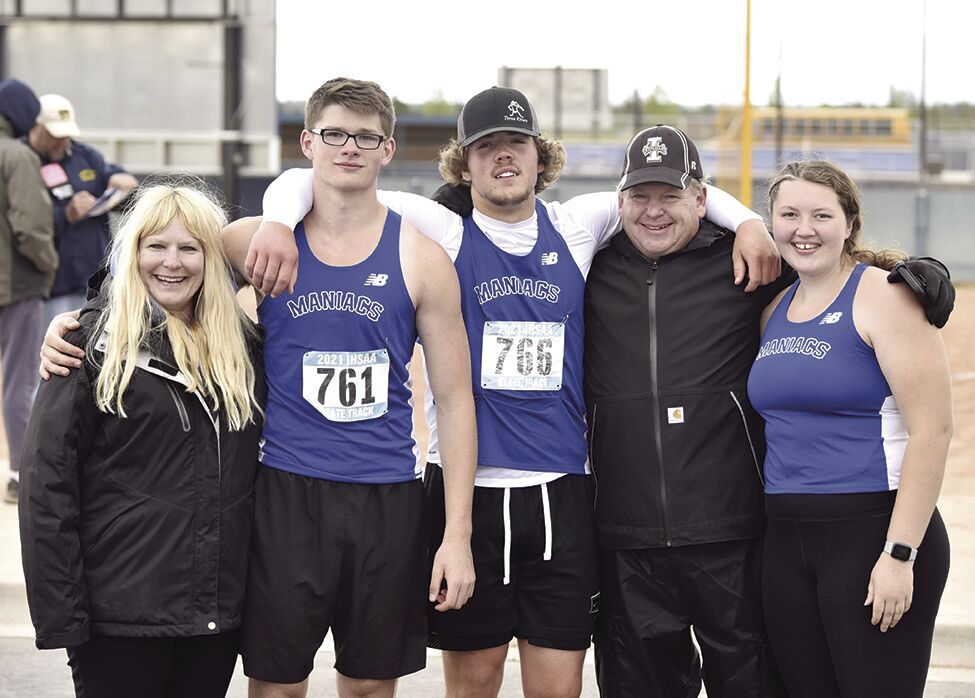 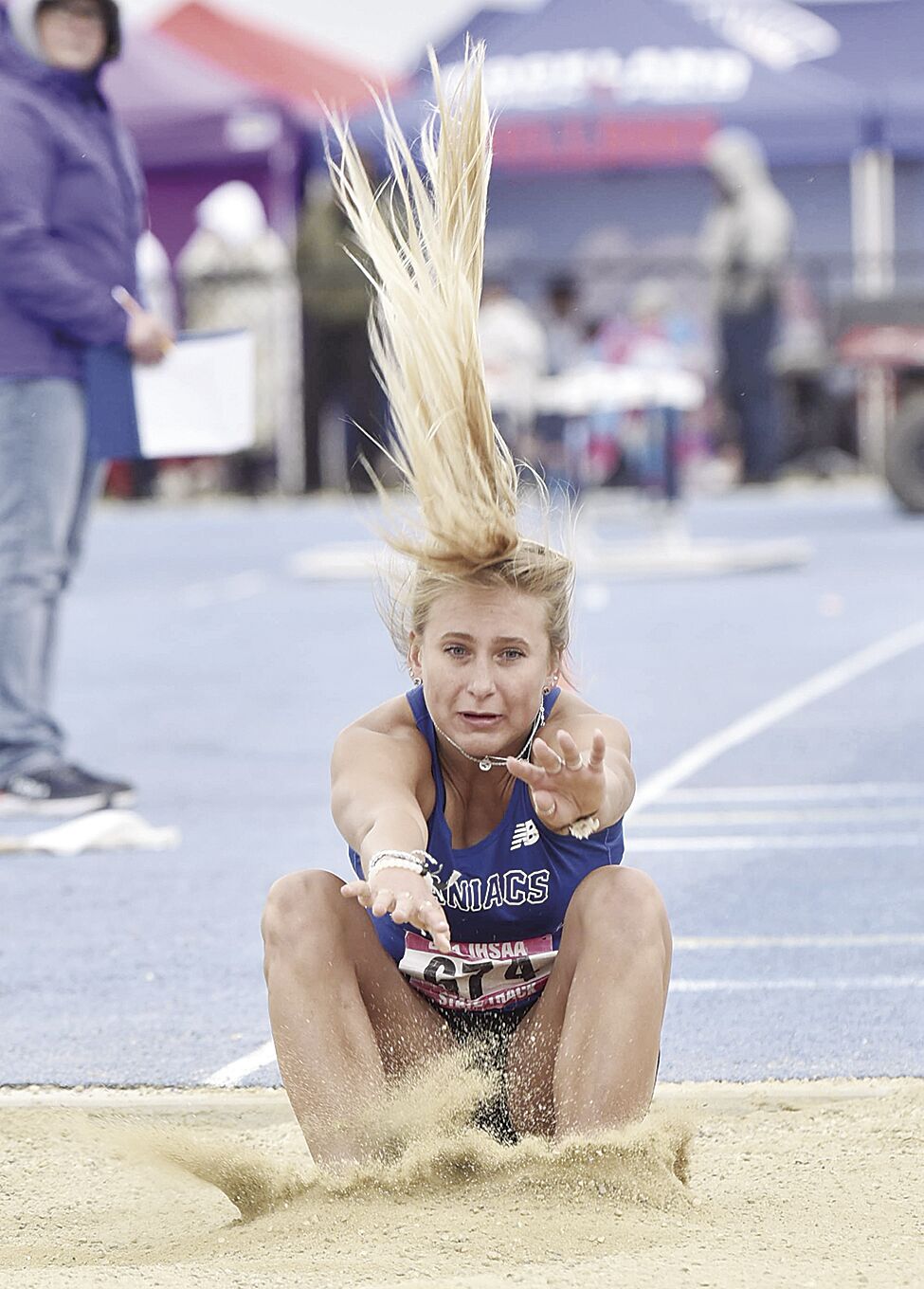 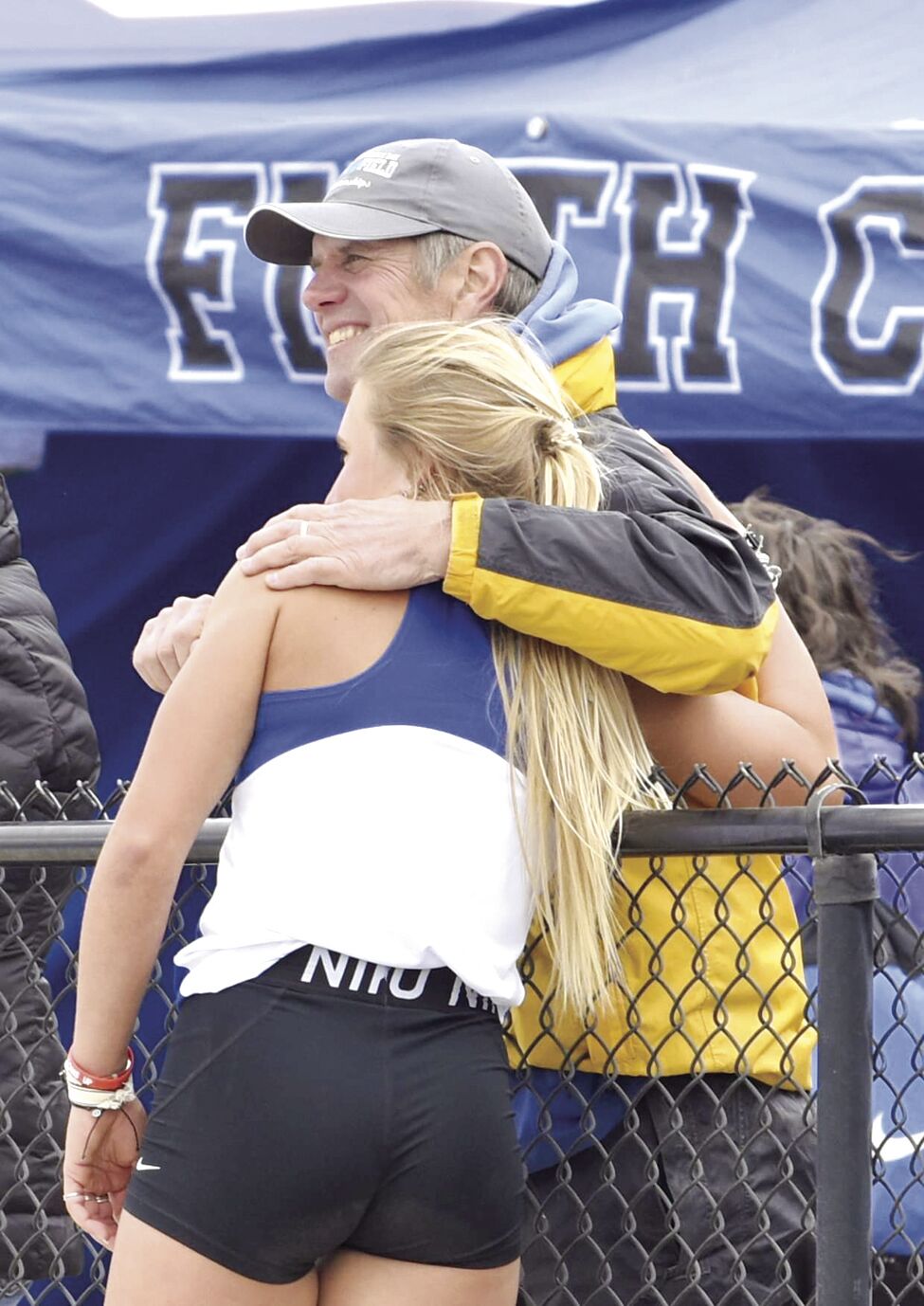 Sydnie Zywina took first in the triple jump. She is shown hugging her coach, Tam White 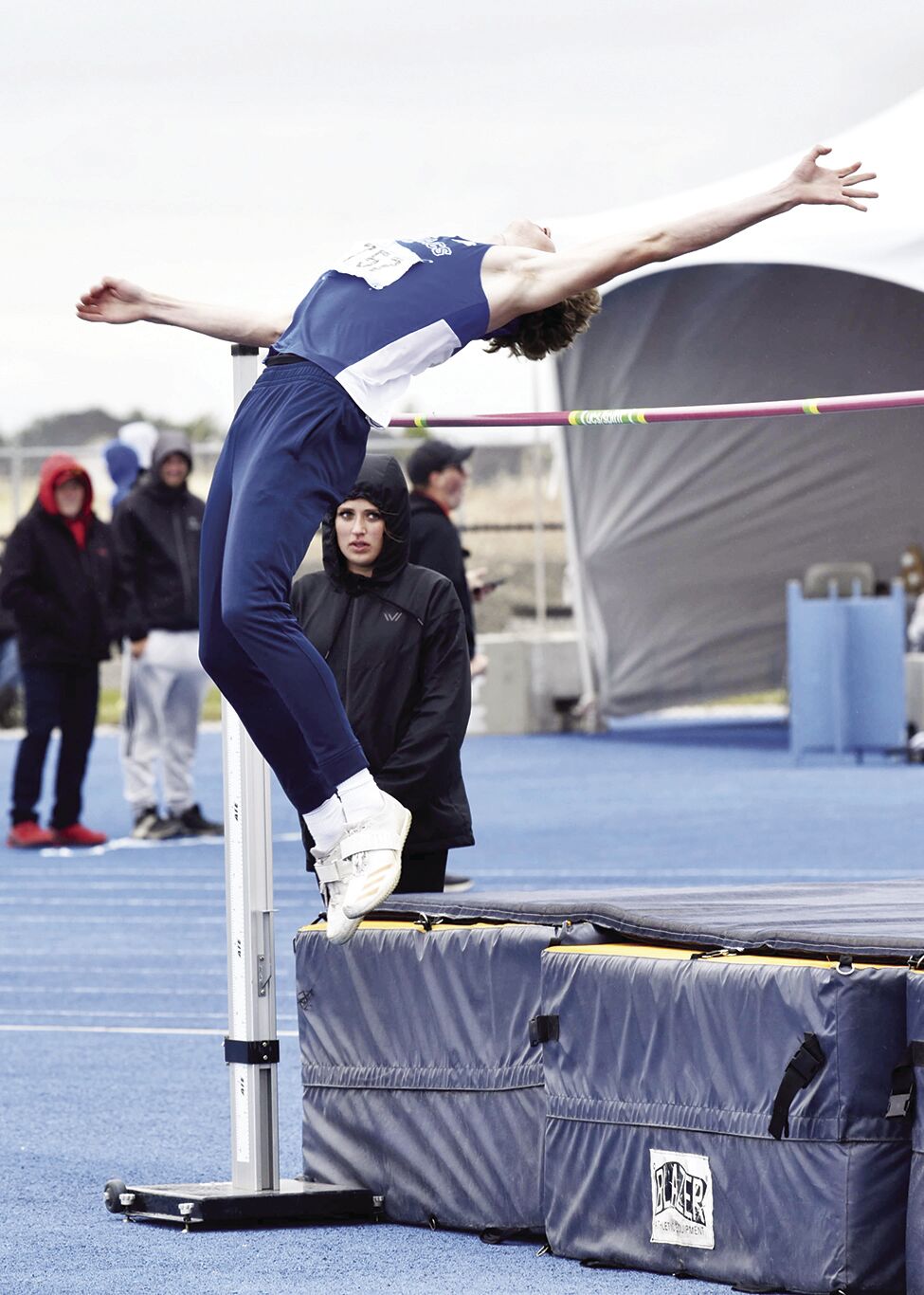 Orofino’s Will Beardin placed fourth in the high jump 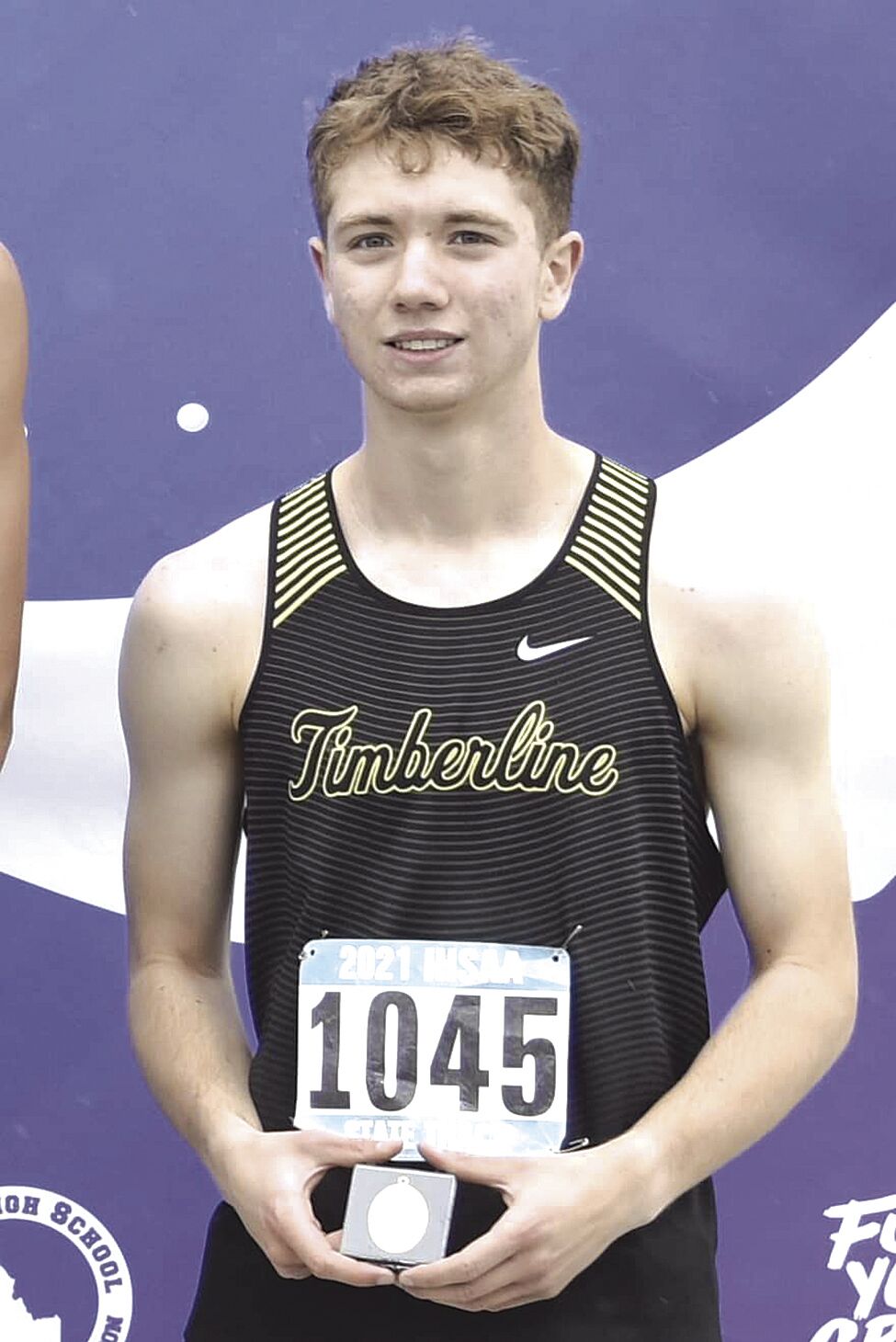 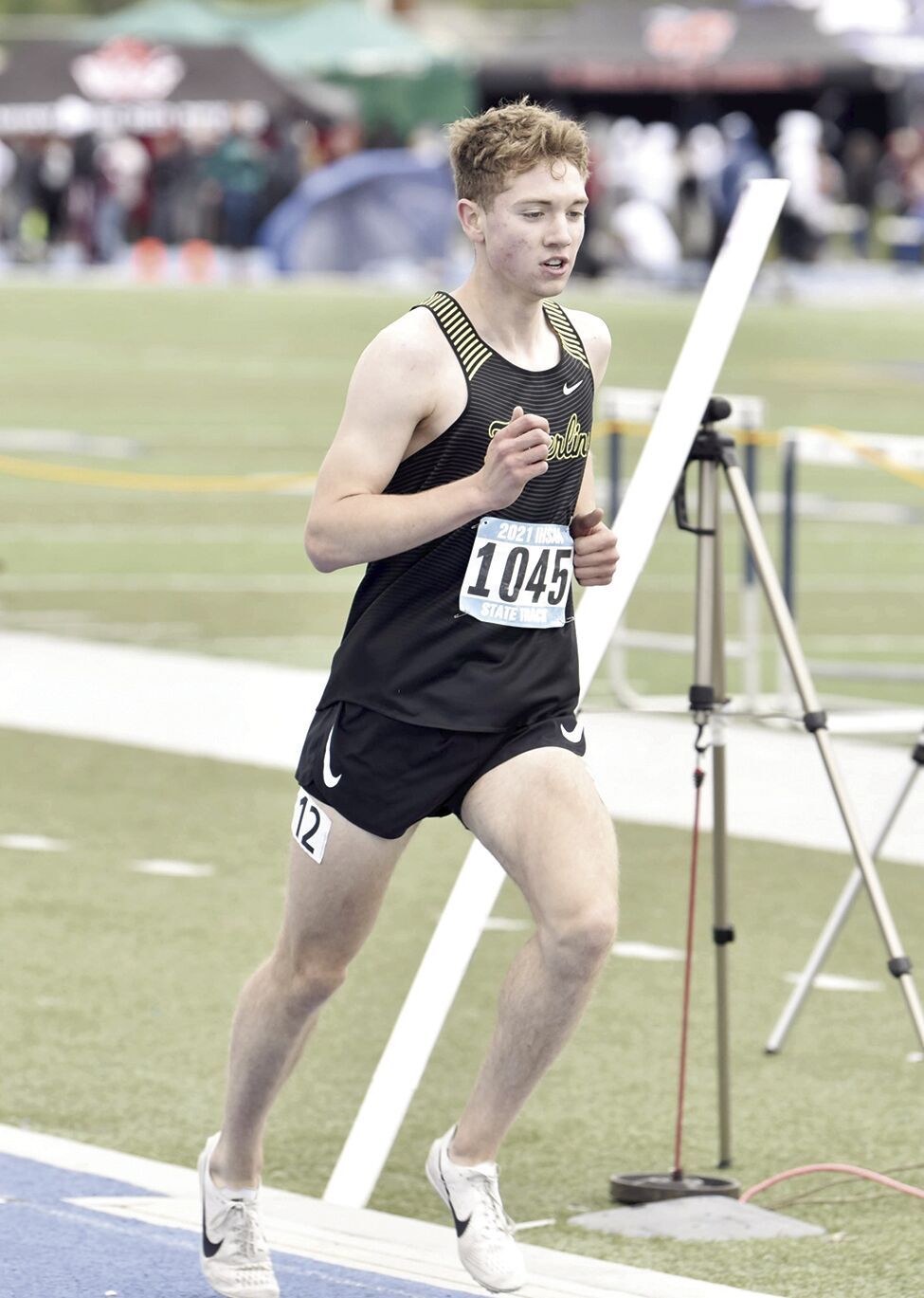 Timberline’s Carson Sellers won fifth place for both the 3200 meter and 1600 meter. 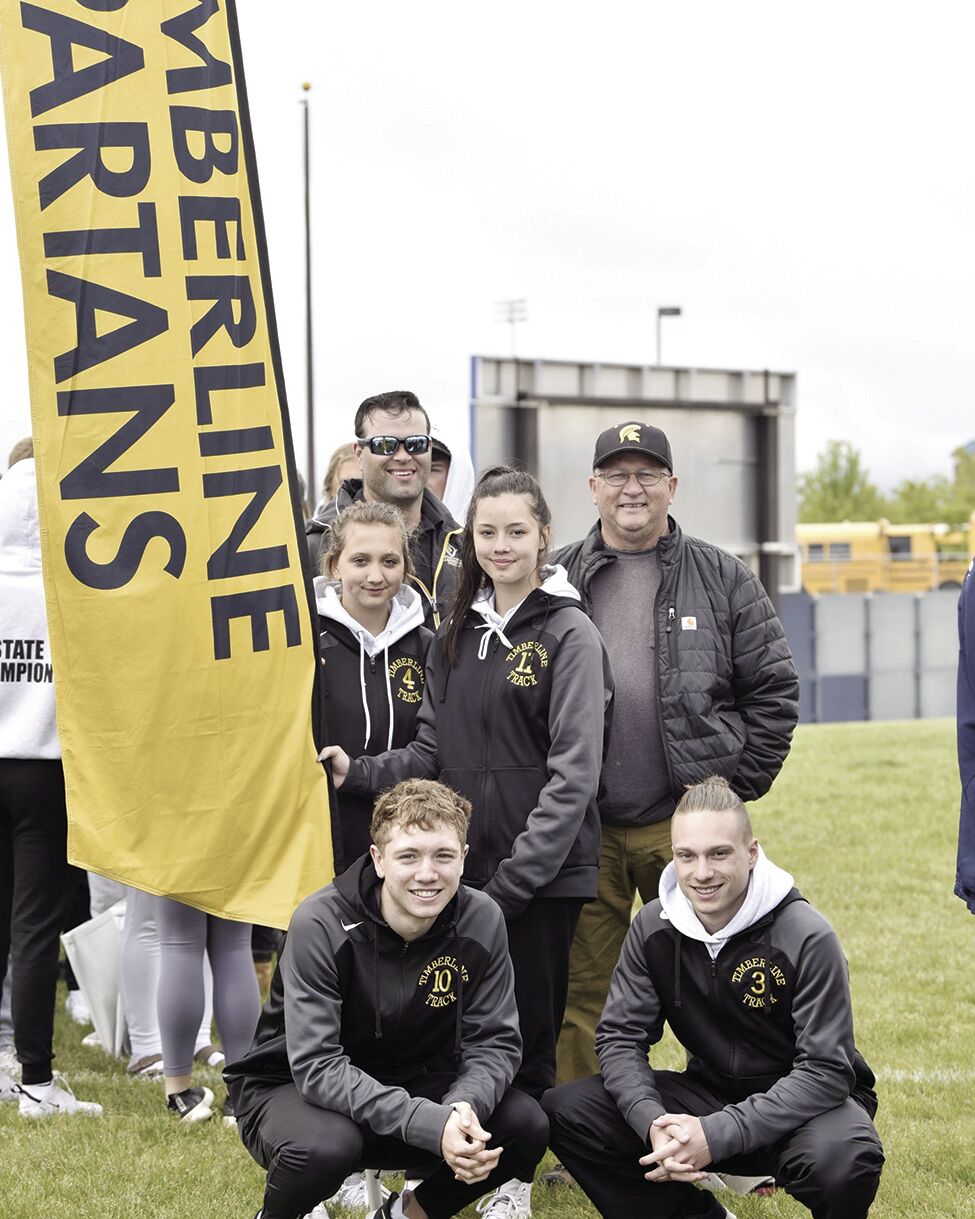 Sydnie Zywina took first in the triple jump. She is shown hugging her coach, Tam White

Orofino’s Will Beardin placed fourth in the high jump

Timberline’s Carson Sellers won fifth place for both the 3200 meter and 1600 meter.

The Orofino girls’ and boys’ track teams reached new milestones at the Idaho 2A State Track Meet this past weekend in Middleton; finishing 3rd and 5th respectively. The Maniacs boasted multiple state champions and an unprecedented sweep of all throwing events, a feat which has never been accomplished in school history before this weekend, according to resident OHS track and field historian Chad Easterbrook.

Lindi Kessinger and Reid Thomas both claimed a pair of state titles; Lindi in the 300 meter hurdles and discus, and Reid in the shot put and discus. Kaylynn Johnson, Sydnie Zywina, and Macoy Boyer also won championships in the shot put, triple jump, and Unified Team throwing event respectively.

Team scoring was so competitive that the Maniacs needed every point they could scrape together to secure their 3rd and 5th place finishes. On the girls’ side, the scoring was so close between Orofino and West Side that the results of the last race (4x400 relay) dictated which of the 2 teams would claim the 3rd place trophy.  In a moment of anxious anticipation the Maniacs, who did not have a 4x400 relay team qualify for state, gathered at the track to cheer for any team they thought may be able to beat the West Side relay team. West Side did not win the relay, ensuring the 3rd place trophy for the Orofino girls. “It was intense,” said Orofino Junior Ruby Kessinger.

For Orofino’s seniors (Kaylynn Johnson, Abby Rasmussen, Sydnie Zywina, Will Beardin, Macoy Boyer, Danny Fowler, and Thor Kessinger) the 2021 State Track Meet marks the end of a journey that, for most, started in junior high school. Many expressed their love for the sport, and the significance of their experiences with team mates, coaches, competitors, and friends over the course of their time in the program.  Senior quotable quotes include: “Last throw, let’s go baby” -Thor Kessinger; “It didn’t hit me until I was done with the 200 that track is over for me...here’s to the next chapter,” -Sydnie Zywina; “I’m done, Julie, I’m not coming back,” -Macoy Boyer; “That’s a wrap...I had some great memories this track season. I’d say we did pretty great being district champs and placing 3rd at state.” -Abby Rasmussen; “What a great end to an amazing track season,”-Kaylynn Johnson; “In the last 7 years, track has taught me more than any other sport I’ve played. I hate to see it go, but excited for the future,” -Will Beardin.

About the season, head coach Julie Kessinger commented, “As coaches we’re all really excited to have placed as high as we did on both the boys’ and girls’ side this track season. We’re equally as excited about the young talent we have coming back next year, and into our program from OJHS. We have a good core of young athletes who qualified for state that we hope were able to fully catch the vision of what they want to become, and do whatever it takes over the course of the next year, starting now, to make that vision come to life.”