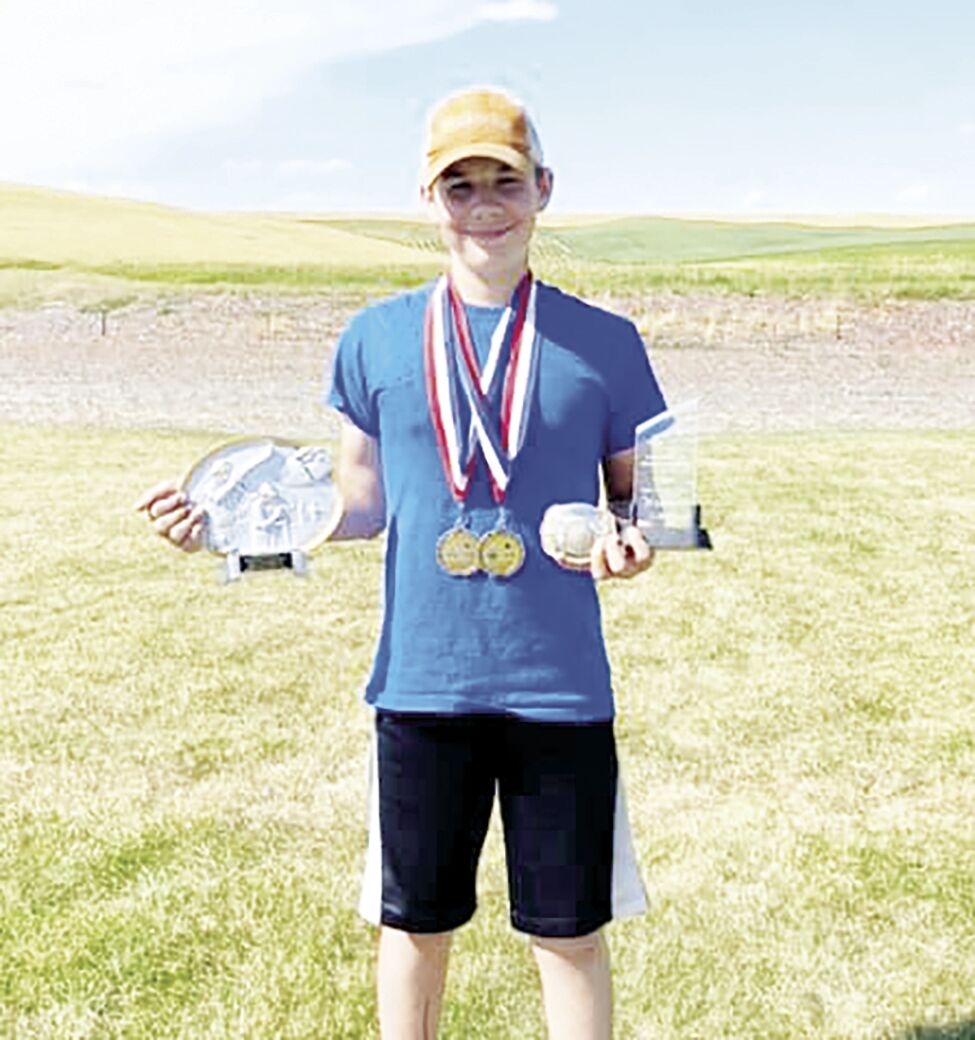 Bruce Bradley, 12, of Orofino, competed in seven trap shooting events during the Western Zone Shoot at Colton, WA, last weekend. He was able to win five of the seven events.

In the Western Zone Shoot he was competing against 11 western states and four Canadian provinces also.

He broke his best score to date in the championship Handicap event on Sunday which was a 98 out of 100. With that score he won the Sub Junior western zone championship also, and he will be getting another trophy in the mail soon.

Bruce will be competing in the Idaho State Shoot this week at the Boise Gun Club.

He is the son of Levi and Tess Bradley.