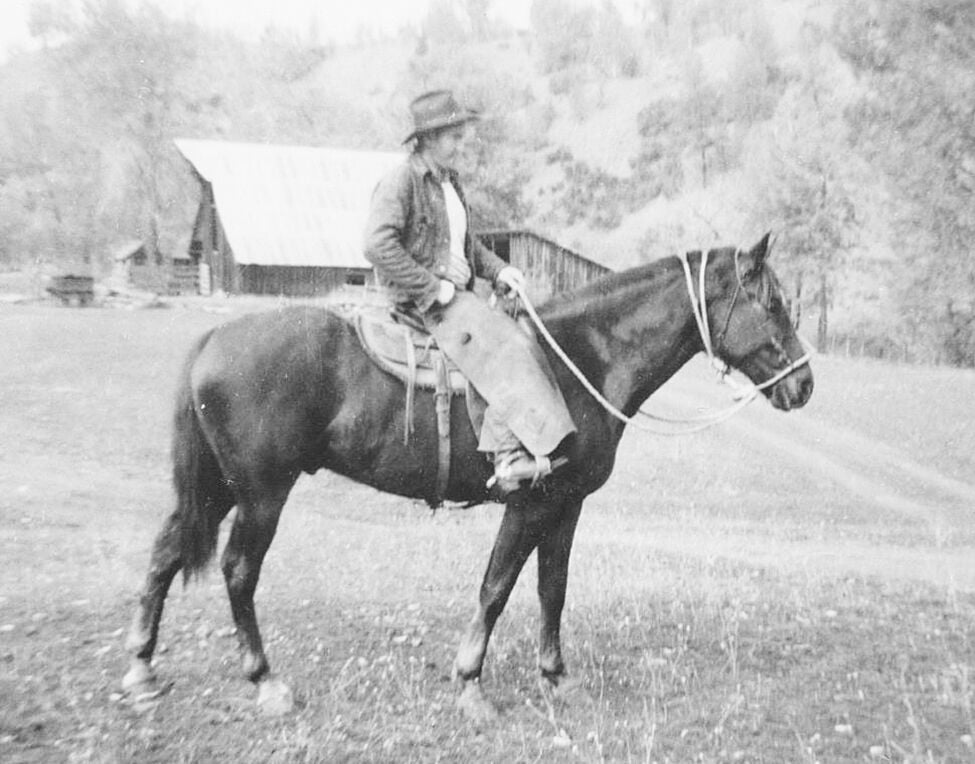 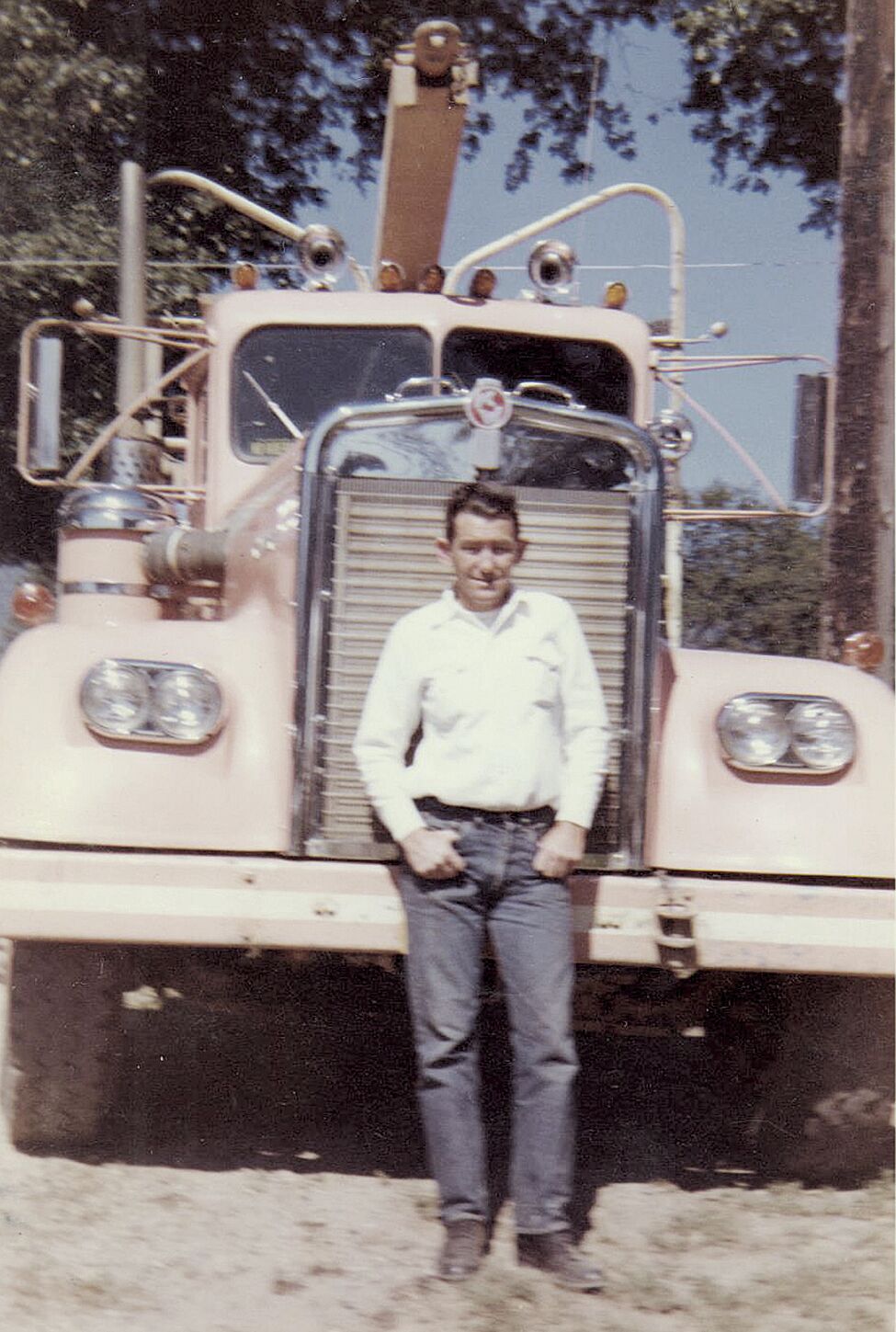 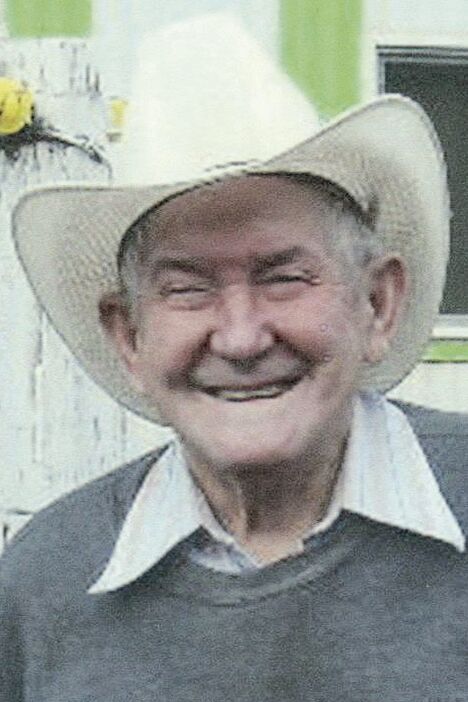 William Michael Criss (Bill) was a true self-made man, with many challenges right from the start that would have determined most men’s fate, but Bill decided at a young age he would determine his own fate.

Born May 13, 1932 in Redding, California to Faye Leona Ezell, who was a single mother at a time when teenage single mothers was not the norm. His mom, Faye, was only able to show him the way with foster homes, cold nights and hungry days. It was tough times.

Bill would tell you they weren’t all bad and one of his fondest memories of his childhood was the time he spent at the Caulkins Ranch in Round Mountain, California. Mr. and Mrs. Caulkins were foster parents that cared and nurtured and gave Bill the vision of what it should be like to have family and to make something of himself. He always called Mr. Caulkins “Grandfather Caulkins”.

Up and down life was for Bill, and his mom married Roy Criss, who adopted Bill in 1939. As Faye struggled with motherhood and a new marriage, Bill was shipped off to McDoel, California and was introduced to Roy’s family, which included several big brothers and some uncles that took him in as family.

They had a huge ranch and Bill was introduced to the world of “Cowboy”….They were good to Bill and he wanted to stay, but again fate was not on his side and he got shipped back home to Redding. Bill fought it, he would hitchhike, or catch a bus to McDoel and his mom would catch up with him and make him go back.

By 1948 Faye had divorced Roy and remarried William Withrow. More turbulent times for Bill. The times of being a child were limited and few between. Bill became a young man at an early age, he had to-to survive.

God had his hand over Bill through those times and Bill was given the gift of music, which filled many lonely hours. Bill could play by ear any instrument you handed him and the guitar and harmonica were his specialty while young.

In later years he enjoyed the accordian and he taught himself to read music. His music brought Bill out of his shell and he played with many and enjoyed the country dances he played at. He loved to dance and could dance all night.

Bill started training and trading horses at 14 years of age. He was very gifted with training horses, especially ones no one else wanted or could ride. He made them rideable and always had a special bond with each one.

He met the love of his life, Almira Virginia Stroup, (fondly called Mira), fresh out of high school. She too had had a turbulent childhood which meant being an adult at a young age to survive. The two were drawn together and decided to get married and bring up a family in a way—better--than they had been brought up; break the chain of those childhood memories they had.

They got married April 30, 1952. She was 17 years old and Bill was 19 years old. Everyone thought they were too young, but both were much older for their years with the childhoods they had lived. They were very much in love and Bill had found a dance partner that could keep up. They danced as one with a twinkle in their eyes and with each step their love shined.

Bill could do it all, and did. He drove logging trucks, he was a packer and ran several pack strings in California and Idaho, he was a real estate broker, he delivered mail, raised purebred Hereford cattle, raised purebred Quarter horses, and continued to train and trade horses.

Bill and Mira owned ranches, a haying business, and the list goes on and on, all of which were successful.

Bill and Mira were together 56 years when Mira went to be with the Lord. That was very hard on Bill and seemed to bring back those memories of his turbulent childhood.

After several years of struggling with loneliness Bill met Barbara Bartels, “Barbs” he called her, and they were together about ten years. Barbs and her family took us all on and it was good. Alan Bartels, Barb’s son, was like a son to Bill and he has continued to be such a great support for Bill. Barbs and Bill were able to smile, giggle, and remember the good times. But then fate stepped in and Barbs went to be with the Lord.

Again Bill felt he was alone, though family rallied and support was given. Family came and spent time with him.

His son, Michael, put his trucking on hold and became the primary caregiver. Josh, grandson was right there too, but Bill felt he had lost too much and now was wrestling with his own health issues.

Life was taking the wind out of his sails….to come from where he had and to have done what he had with his life and to be where he was now….was very difficult and Bill was struggling. On November 20, 2021, Bill went home to be with the Lord with his son, Michael at his side.

Bill left a legacy and has touched the lives of many, especially his family. He didn’t succumb to the rough start he had in life, but, instead, determined to make it better for his own family.

Bill was a true cowboy, a true self-made man.

Bill’s music, his wit, his grit, his gift with horses, will always be remembered and loved. Bill is riding herd now….

If you get through the Pearly Gates you will find more than a set of caulk boot tracks on those Streets of Gold, song sung by Buzz Martin.

A graveside service will be held Friday, Dec. 10, at 11 a.m. at Weseman Cemetery on Grangemont Road.

The family would like to thank Elite Home Health for their support and care during this time.