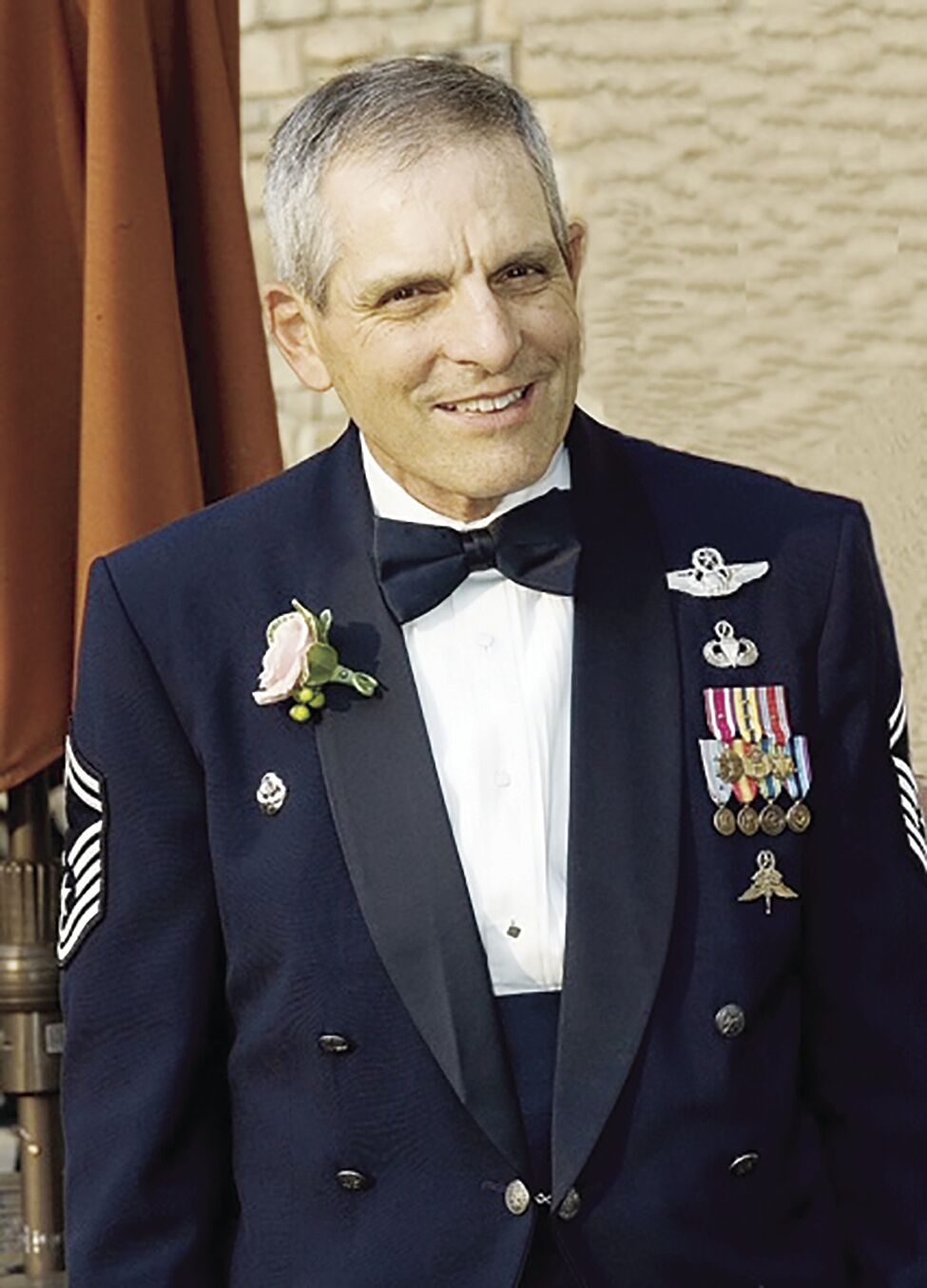 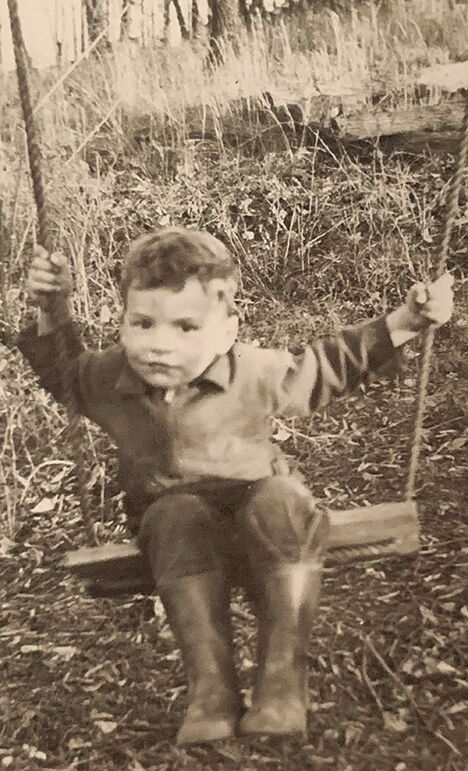 Trelawny J. “T.J.” Bruce, age 78, of Orofino, Idaho, entered the gates of Heaven on Sunday, May 23, 2021. T.J. battled Parkinson’s Disease for five years, bladder cancer this past year, and was recently diagnosed with a rare untreatable syndrome. T.J. was surrounded by family and friends during the 10 days leading up to his departure from Earth at the Clearwater Valley Hospital.

Whether he was parachuting/skydiving, climbing a mountain, fly fishing in a creek, or tending to his cattle, he was the ultimate adventure seeker. Some referred to him as the Renaissance Man. He lived his life with great integrity, honor, and character and leaves behind a legacy in both his professional and personal life.

T.J. was born in Laramie, Wyoming, on May 25, 1942, to Arlen Norris Bruce and Violet Robson Bruce. He attended his primary education years in Orofino and graduated from Orofino High School on his birthday in 1960.

During this time, T.J. worked primarily as a farm-ranch hand with some experience as a firefighter in North Central Idaho. He also participated for 10 years in 4-H showcasing his dairy, beef and swine livestock as well as some home economics projects.

After attending Northwest Nazarene College for one year, T.J. enlisted in the United States Air Force on the Air Force’s birthday, September 18, 1962. Upon graduating his Air Force Technical training as an Aeromedical Specialist in March 1963, he was assigned to Luke AFB AZ. He later applied and was accepted to special duty for Pararescue training and graduated the Pararescue pipeline in May 1968. Upon graduation he was assigned to multiple worldwide rescue and recovery locations to include: Lajes Field, Azores; Osan Air Base, Republic of Korea (five tours); Sheppard AFB, TX; Elmendorf AFB, AK; Lackland AFB, TX; Eglin AFB, FL; with his career culminating at Scott AFB, IL.

T.J. worked tirelessly during his career, honing his rescue, recovery tactics, and employment skills, and that of his teammates, building a better Pararescue entry and selection process to recruit, screen, and select the very strongest and brightest graduates for Pararescue that endured for 45 years. Later in his career he crafted policy and “visionary” guidance that would eventually evolve Pararescue into the force it is today.

In October 1990, T.J. retired with honor after 28 years. We retired with him and are forever proud of what he did for his country, the Air Force, and for the Pararescue community – both past and present. HOO-YAH T.J.!

His honors and awards include: Iron Mike Award, three Honor Graduate awards from the Pararescue pipeline and Aircrew courses, three certificates of Appreciation from Korean National Police and the Vice Admiral, Republic of Korea Navy for his rescue of civilians from flood ravaged Korean townships and four crew members of a ditched at sea Korean S-2 aircraft, Ambassador of Peace medal from the Koreans Veterans Association for his personal contributions to defense of the Republic of Korea, and the Igor I. Sikorsky Rescue Award for his role in the rescue of ten Korean merchant seamen from the upper mast of their ship run aground on Che Ju island during a typhoon.

After retirement, T.J. earned an associate’s degree from Belleville Area College. He took his studies seriously and befriended many of his professors. He would often comment on how his classmates weren’t sure what to think of him as he was the student always sitting in the front row, raising his hand to ask and answer questions.

One of his favorite courses was geology. Whenever anyone discussed traveling or when we were on family vacations, T.J. would quickly grab his Roadside Geology book and a map to share his love and knowledge of the subject.

In 1994, T.J., Suk and his two daughters decided to begin building their dream home in Idaho near his parents. This next life chapter found T.J. taking over his parent’s small dairy farm (Bruce’s Dairy), becoming involved in local politics and the Planning and Zoning Commission (he proudly served as chairman), and spreading his strong faith and love for God as a board member at the Orofino Church of the Nazarene. T.J. loved the great outdoors and always had time for a fly fishing trip with family and instilling Pararescue tactics and drills in his grandchildren who invented a game called “Jolly Green Giant.”

T.J. knew no strangers. He had a genuine interest in people and loved to learn about them. He could always find someone to talk to and made friends easily. He was also very interested in recording every event and the beauty of nature through his camcorder or camera. T.J. was always an early riser, whether for beating traffic on family trips (he was inspired to do this from watching “The Great Santini”) or getting his kids out to the creek because fishing was the best at “the crack of dawn.”

If you needed a knot, T.J. could teach you every knot known to mankind; no sub-par knots were allowed.

He loved astronomy and many family members and friends would receive a phone call at 3:00 AM because the Northern Lights were at their best. T.J., our husband, father, grandfather, brother, uncle, friend, was truly “Out of Sight!” And, “Man Alive,” he will forever be in our hearts and minds.

T.J. is preceded in death by his parents, Arlen and Violet Bruce, and son, Todd Bruce.

T.J. is survived by his wife of 48 years, Hae Suk; son, Trelawny “T Jon” Bruce of Carmichael, CA; daughter, Soo Lee Smith and her husband Tate of Lewiston, ID; daughter Louise Allen and her husband Travis of Antigo, WI; four grandchildren, Mason and Mia Smith and Wyatt and Trinton Allen; brother, Theron Bruce and his wife Coral of Peck, ID; niece and nephews and their families, Jeremy and Krista Bruce of Kodiak, AK, Cicely Bernard of Milwaukee, OR, Jason and Trisha Bruce of Neuhausen auf den Fildern, Germany, and Jarel and Megan Bruce of Orofino, ID; and all of his PJ Brothers.

A celebration of life will be held on July 24, 2021, at 10 a.m. at the Orofino Church of the Nazarene. The service will also be available via Zoom. Please contact the family for the Zoom link.