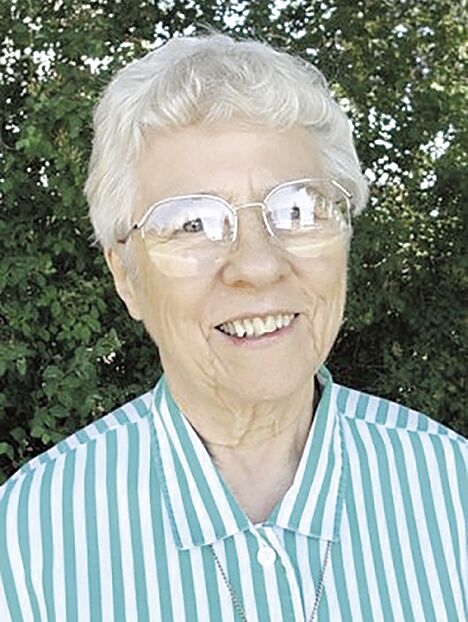 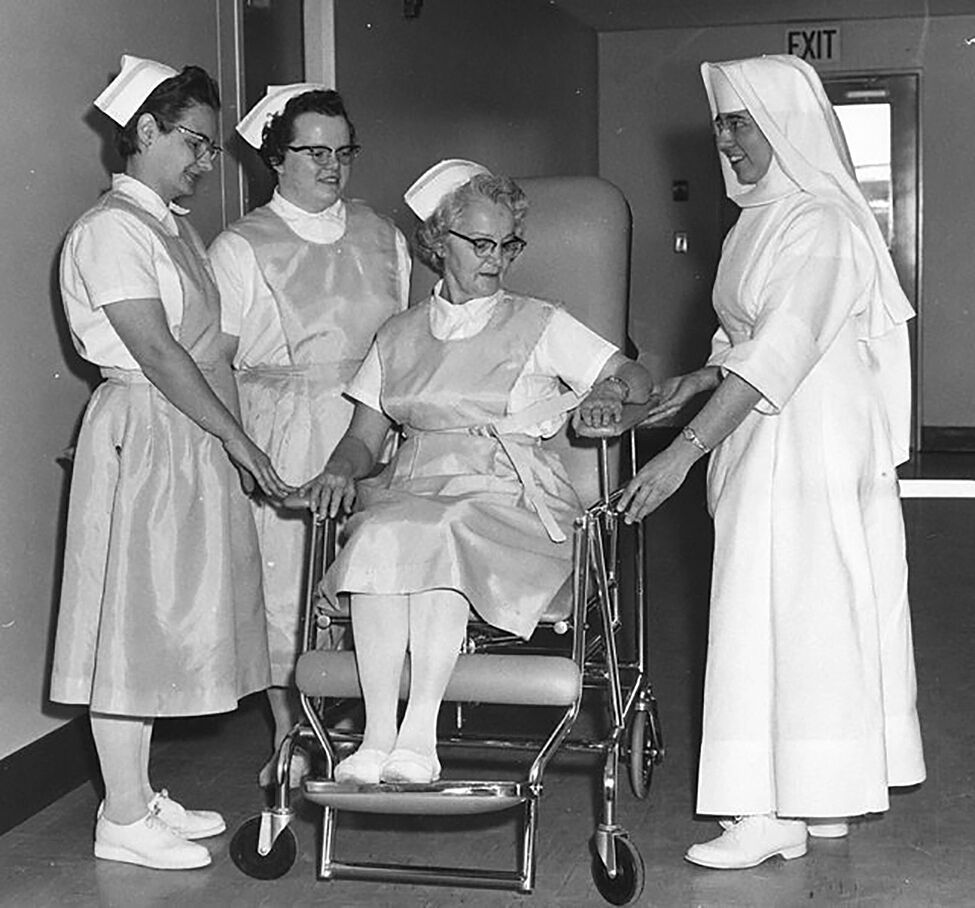 “All of life is a healing journey…..I do whatever I can to help people come to that.”

Sister Agnes Reichlin was born into eternal life at 8:35 a.m. on July 22, 2020. She was 86 years old and had been a Benedictine Sister for 67 years. She will be remembered for her influential career in nursing, inspiring retreat ministry, and her enduring presence of love and patience.

Her story with St. Gertrude’s began long before she was born. Her great grandparents on her mother’s side are John and Gertrude Uhlenkott, who offered the land that helped inspire the sisters to move to Cottonwood in 1906. Her dad Frank, also a Swiss immigrant, often worked for the St. Gertrude’s community as a woodcutter and farmer. Her mother Agnes grew up near the convent and her family was closely associated to the community through Mother Scholastica Uhlenkott.

When she was in first grade Agnes rode to a one-room schoolhouse west of Keuterville on a pony her father gave her. In second grade she was sent to boarding school at nearby St. Gertrude’s. Amidst the nuns she began to have a sense of her own vocation. On February 1st, 1952, at the age of 18, Agnes entered St. Gertrude’s. A year and a half later she made her First Profession. A year after that she was sent to Ogden, Utah, to study nursing.

After receiving her nursing diploma, Sister Agnes was sent to work at St. Benedict’s Hospital in Jerome. Almost immediately she began to teach LPN classes. In 1963, she was appointed by Governor Smylie to the Idaho Board of Nursing. In 1965 she entered Seattle University, testing through many of the classes and completing her bachelor’s degree in two years. She was inducted into Sigma Theta Tau nursing honor society. Twelve months later she obtained a master’s degree in Nursing Administration and Maternal Child Health from University of Washington. She then became Director of Nursing, first at Jerome and then at St. Mary’s Hospital in Cottonwood, where she stayed for the next 22 years.

Sister Agnes served 18 years as president of the St. Mary’s Board of Directors and was honored for 25 years of service on St. Benedict’s Family Medical Center Board of Directors. She spent years teaching for the hospital and community and served on many hospital and community organizations’ boards including an advisory council at Lewis Clark State College of Nursing.

In 1970, she was appointed again to the Idaho Board of Nursing by Governor Cecil D. Andrus and served as the chairperson for four years. In 2012, the March of Dimes recognized Sister Agnes as a “Legend in Nursing.” Many sisters and lay people have been inspired by Sister Agnes to become nurses. She lived by St. Benedict’s rule that states, “care of the sick must rank above all else.”

“Nursing taught me to be observant and listen,” she said. “Healing has a lot to do with emotional and spiritual well-being. All of life is a healing journey and this community has a role to play in helping people heal. Jesus said, ‘I came so that you may have life and have life to the fullest.’ I do whatever I can to help people come to that.”

Sister Agnes had a keen interest in ecological health, especially sustainable living. She taught classes on herbs, tonics, and salves for Lewis Clark State College. She also directed the Monastery’s assisted living floor, served as the formation director, and was a charter member of the Stewardship of the Land Committee.

Memorial gifts can be made to the Monastery of St. Gertrude, 465 Keuterville Road, Cottonwood, Idaho, 83522.