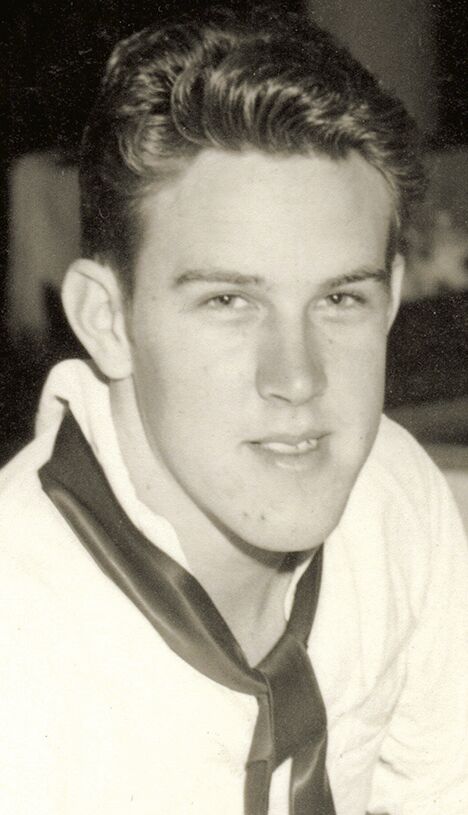 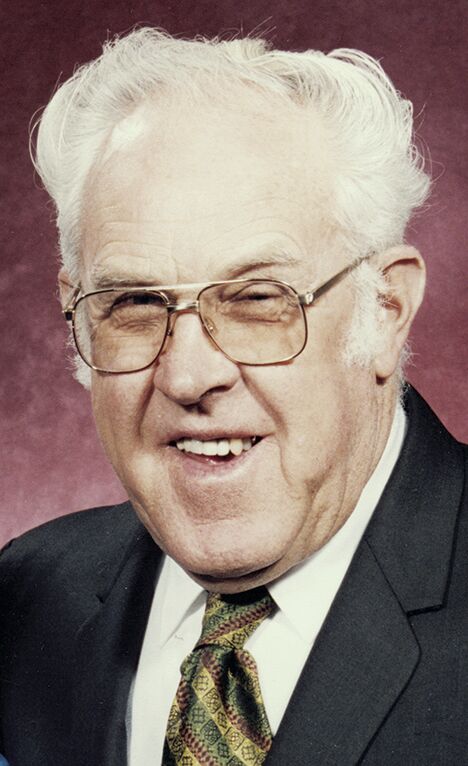 To say that Perk Lyda came from humble beginnings would be a major understatement. Born in Cedar City, Utah, March 20, 1928, Percy “Perk” Lyda passed away on September 11, 2021, peacefully at CVH in Orofino. Perk was the third child of Perry and Pricilla “Pris” Lyda. A child of the Depression Era, like thousands of others, their family was terribly poor.

From Utah the family moved to Asotin, WA to be closer to Grandparents; Sam was born there. Baby Clayton was born in their first home in Orofino, ID, which was located on Canada Hill. After that, in Perk’s own words: “We moved from one shack to another in Orofino, paying $5.00 a month in rent”. Perk’s youngest sibling, Betty Lou was born in the shack closest to the Tabernacle Church.

The family circumstances were getting worse; something had to change. According to Perk, at the age of five he, his older brother Jess, and sister Lorie (Luh-ree) were taken to Lewiston to the Hurlburt Mansion: The Children’s Home. They were there for three years; and by all accounts, those years were a very positive influence on the adults they were to become.

Perk attended the Banner School graduating from the Eighth grade; then attended Orofino High School on Michigan Ave. After two years he quit and in December 1945 he joined the Navy…a new adventure began.

After basic training, his tour of duty was all about helping to clean up and rebuild Guam. He thought it was a good deployment; he felt they had made a difference for the people of the island. He enjoyed his Navy buddies and the new friends he had made. Seeing places like Pearl Harbor, Kwajalein, Saipan, Tunisia, Australia, and everything in between, made him so proud to be an American sailor. He was always very patriotic and considered his time in the service the basis for his continued growth as a man physically, mentally, spiritually.

After his discharge, Perk returned to Orofino and went to work in the woods. While out at logging camp he shot a deer. Since they had to be work, one of the guys suggested taking it to his friend Blaine Bonner’s place to hang. When Perk knocked a girl answered the door. She was the cutest little thing Perk had ever seen! He completely forgot he was holding a bloody deer, but he never forgot the girl. They started dating. Perk asked her to the movies, to go roller skating, to dinner, to marry him. They were married July 15, 1949, here in Orofino. They had one daughter, Kathy Ann Lyda. Kathy loved to be outside, so they spent most of their time working and playing in the beautiful Clearwater Country of Idaho. Perk reflected in his Life Story that “It was a good life”.

Doris and Perk were both creative hard-working individuals and loved the challenge of a new business opportunity. They made a success of several entrepreneurial endeavors. They had a lucrative Christmas Tree Farm and busy Fishing Guide business with many well-known musical personalities over the years. Yes, he was great with the fishing, but Perk was convinced it was Doris’ home cooked meals that kept them coming back.

In 1990 they sold the tree farm and Perk went to work as an equipment operator on Dworshak Dam for the Corps of Engineers. Among other responsibilities, he ran tugboats to sweep the debris and garbage off the dam with log-booms. He became a friendly and familiar sight to those recreating on the dam.

They both loved music especially gospel and country. They also loved to travel and often went to Nashville where they made many good friends and were guests backstage at the Grand Old Opry. They also went to Branson, Mo. where they would stay a week and watch three great shows every day. Late in life Perk bought a guitar and took lessons. He became very proficient, and they decided to start weekly Jam Sessions in their large shop where some 50 plus musicians loved to gather.

They never forgot their humble beginnings and often helped young people to get a better start in life. They loved animals and never were without a dog, preferably a small one with good manners that liked to travel. Kathy and Doris both had to leave Perk early due to cancer and he found solace in the Church of Jesus Christ of Latter-Day Saints. He was baptized on Aug. 6, 2016, thus joining the church of his ancestors. “It was a very spiritual moment in my life.”

Both of these families have a very LARGE representation in a variety of names, and relationships in this area...too numerous to mention as we don’t want to leave anyone out. Just know he loved and thought often of his extended family and dear friends, old and new. There are four girls he loved very much and told me to mention. He and Doris referred to us as “our girls” through-out our lives: Cheri (Shu-Shu) Jenks, Bird (Karen Sue) Goodwin, Larissa Brannan, and which ever little dog they had at the time. In this case Perk’s beloved dog Shilo.

Please join us for a Celebration of Perk’s “Life well Lived” THIS SATURDAY, OCTOBER 9th, 2021, Orofino Cemetery on Hwy 12 at 11 a.m. A luncheon will follow at the Orofino Ward with more music, good food and sharing. In lieu of flowers and cards Perk asks you to consider a donation to your local Humane Society.