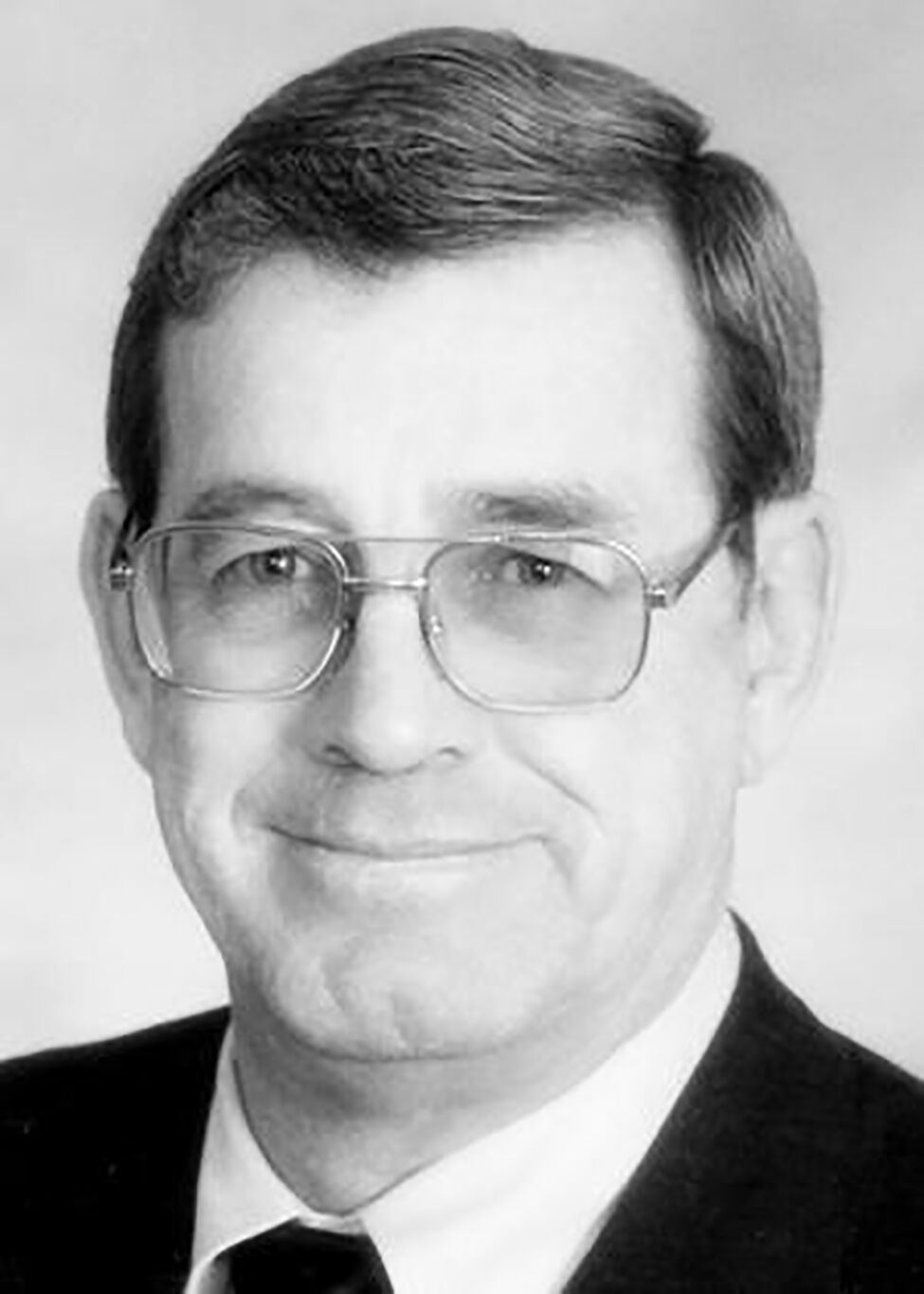 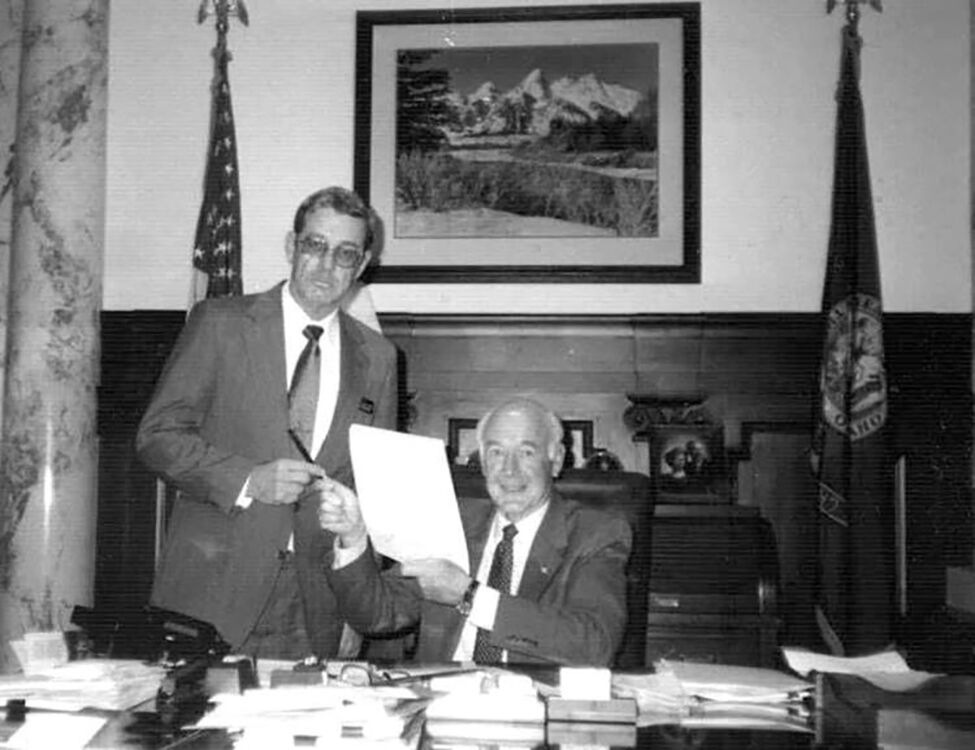 The youngest in the family, Chuck had two brothers, John R. Cuddy and David Cuddy, and two sisters, Annabelle Cuddy and Virginia Cole, all preceding him in death. Dick Nichols, who Chuck also considered a brother, was a big part of his life, along with his in-laws, Leonard Cole, Carolyn Cuddy and Jeanie Nichols. He was blessed with a tightly knit family who gathered often. Chuck loved these events, which were notoriously fun.

Chuck grew up on the family farm, a Century Farm homesteaded in 1891, in Clearwater and Nez Perce counties, just outside of Southwick. His early years comprised doing chores and helping with the farm and livestock, which contributed to his well-known strong work ethic.

His fondness of horses was kindled early on and, when given the opportunity to choose between a bicycle or horse for his birthday, he chose the horse. At the farm, Chuck developed many skills, including metal and machine work, mechanics, and working with livestock. He shod many a horse using a coal forge and tested his rodeo skills by riding cattle bareback, but only when his dad wasn’t around to avoid a scolding for running the fat off the cattle. Active in 4-H for many years, he also did as much hunting and fishing as time allowed. He taught himself to play guitar, or “pick and grin” as he called it, and during family gatherings and holidays, he would join in with other family members for a good old-fashioned singalong. C.A. was on fiddle, Dave on harmonica and Virginia at the piano or accordion and Leonard on guitar along with Chuck.

Later, Chuck’s childhood mentors and lifelong friends, Aaron and Edith Wells, acquainted Chuck and his wife Judy with square dancing and they spent many a weekend traveling the area “calling” square dances.

An accomplished horseman, Chuck and his brother, Dave, and other family and friends enjoyed numerous pack trips into the back country of the North Fork of the Clearwater River. A few favorite destinations were Mush Saddle and the Quartz Creek drainage. He was an avid outdoorsman and loved elk hunting and fishing. If he was near the North Fork with a few hours to spare, you would surely find him pulling cutthroat trout from his favorite stream (the name of which will remain a family secret).

He was also known for his excellent rifle skills and won many trophies at the Peck Gun Club. Always self-reliant, he did his own ammunition reloading and carved a wood stock for his .300 H&H, his favorite rifle.

Chuck received his education at the Southwick Primary School and graduated from Kendrick High School in 1957. He remained lifelong friends with many of his classmates. He played eight-man football, was on the basketball team, and sang in the choir. In the early ’70s, he completed enough night classes at Lewis-Clark State College to later sit for his registered surveyor’s exam.

Chuck enjoyed supporting the local and regional sports teams. In 1959, he and friends traveled to Mackey, Idaho, to support the Kendrick basketball team. It was a worthwhile trip, since Kendrick won the state championship. After the victory, he and pals stopped in Salmon, and properly celebrated playing the boogie-woogie and 12-bar blues at a local tavern. Rumor has it that as long as he and his friends played, the drinks continued to line the bar. After the jam session, they wandered back to their hotel chanting through the streets, “Hoorah for Kendrick!”

He is also famous for his fishtailing, white-knuckle trips to ballgames, often arriving just in time for the tipoffs and kickoffs.

Chuck and Judith A. Craig (Judy) wed in 1960 and a family soon followed. They were married 60 years and have four children, Jacklyn Montgomery, of Vacaville Calif., Carrie Bird, of Orofino, Brenda Ford, of Bellingham, Wash., and Brad Cuddy, of Lewiston; 12 grandchildren; and six great-grandchildren.

After graduating, Chuck started work with the Idaho Department of Transportation in 1957 in the engineering department and worked on several highway projects, including Culdesac Canyon and the White Bird Grade. He loved construction.

During the winter, he did maintenance and spent many a Christmas holiday plowing snow from state highways. Chuck worked there 17 years and developed many lifelong friendships. He spent six of those years apprenticing under a licensed surveyor and later obtained his own surveyor’s license in 1973.

Shortly thereafter, in 1974, he opened his surveying business in Orofino and visited the office regularly until his last days. Over the years, he completed work for fish hatcheries, Dworshak Dam, highway and bridge projects, the U.S. Forest Service and Corps of Engineers, and many private landowners.

Always looking for an opportunity to be outside and on a horse, he used his horses to pack a camp into a remote site outside of Dixie for his survey crew. One of his younger employees suggested that motorcycles might work better, but he wasn’t having it.

Chuck took many of his employees under his wing, sometimes boarding them at his home for a summer or longer, mentoring them and furthering their education toward professional qualifications. The invitees considered themselves darn lucky, often enjoying Judy’s homegrown cooking, spinning a yarn and telling jokes with Chuck and family at the dinner table. He was a reliable source for good-paying summer employment for many family and friends.

During the 1982 recession, Chuck worked as a consultant for Oxford Energy and helped build a small hydroelectric project in Clearwater County. He traveled all over the Northwest looking at various energy and small hydropower projects to develop. He and partners also licensed a three-megawatt hydroelectric plant on Orofino Creek through the Federal Energy Regulatory Commission and assisted with road construction on a 40-megawatt energy plant in Modesto, Calif. He also worked on several projects at the Idaho National Engineering Laboratory.

Politics and public service were always a big part of his life. His grandfather, L. J. Southwick, was a county commissioner in Nez Perce County in the 1920s and his father, C.A. Cuddy, served 18 years as a county commissioner in Clearwater County. He often recalled that there were many political discussions around the dinner table after a long day’s work on the farm. Chuck continued this tradition with his own family and spoke often of the need to “give back to your community.” His lessons in public service hold true today as many in his family are involved with their communities.

On May 15, 1991, Chuck was appointed to the Idaho House of Representatives for District 7 by Gov. Cecil Andrus. His district was large and rural, but he knew his constituents well and traveled to visit schools in Elk City and meet with county commissioners in St. Maries. During his time in the legislature, he served on the Revenue and Taxation, Resources and Conservation, and Transportation and Defense committees.

He took great pride in the fact that he got along well with his fellow House members on both sides of the aisle, and again, built lifelong friendships. Chuck was well known for his expertise on natural resource issues and was a strong advocate for kids and schools. Well-liked by his colleagues, he was known for his courtesy, kindness, quick sense of humor and funny stories.

During the flood of 1996, Gov. Phil Batt invited him to fly over northern Idaho to size up the damage and needed emergency efforts. When President Clinton landed in Boise to assess the flood damage, Chuck and Sen. Marguerite McLaughlin were in the receiving line at the airport to greet the president as he stepped off Air Force One.

Later, Gov. Butch Otter appointed Chuck to the Idaho Water Resources Board where he served 12 years. He enjoyed his work and respected and liked his fellow board members greatly.

Dedicated to his community of Orofino, Chuck served as a volunteer firefighter for the Orofino Fire Department, served on the Riverside Water District Board and the Clearwater Valley Hospital Board. He was a Maniac booster and made significant donations for improvements to the Orofino High School track and the baseball field. He was an Idaho Vandal Booster, a member of the Orofino Chamber of Commerce and joined the Grangeville Elks Club where he occasionally sipped a little whiskey with his brother, Jack.

Chuck loved his family deeply and was an excellent father and grandfather. He was a mentor to many and a friend to all. Known for his wit and funny sayings, his friends fondly referred to these famously original phrases as “Chuckisms.” Cracking jokes and cheering up folks came easy to Chuck, inherently knowing what to say in the best and worst of times. Often with a few words he could lighten a burden and bring comfort. He continued to do this to the very end.

Chuck Cuddy lived a good and full life, and the world is a better place for the time he was here with us. His only flaw was that he was human.

Because of COVID-19 restrictions and Chuck’s desire to keep others healthy, a small family graveside service will be held at 1 p.m. Saturday at Riverside Cemetery in Orofino. A larger celebration of life will occur when conditions allow and will be announced in advance. To honor Chuck’s request of “no sad stuff at my service,” it will be a positive, upbeat and fun occasion.