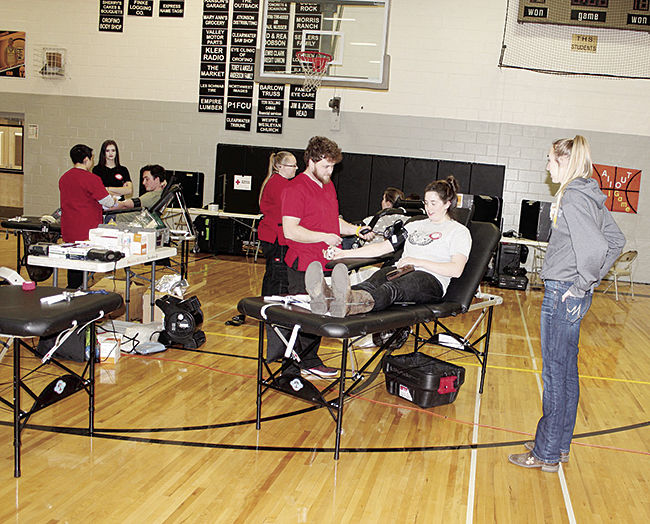 Timberline students and Weippe residents at the Timberline Blood Drive. 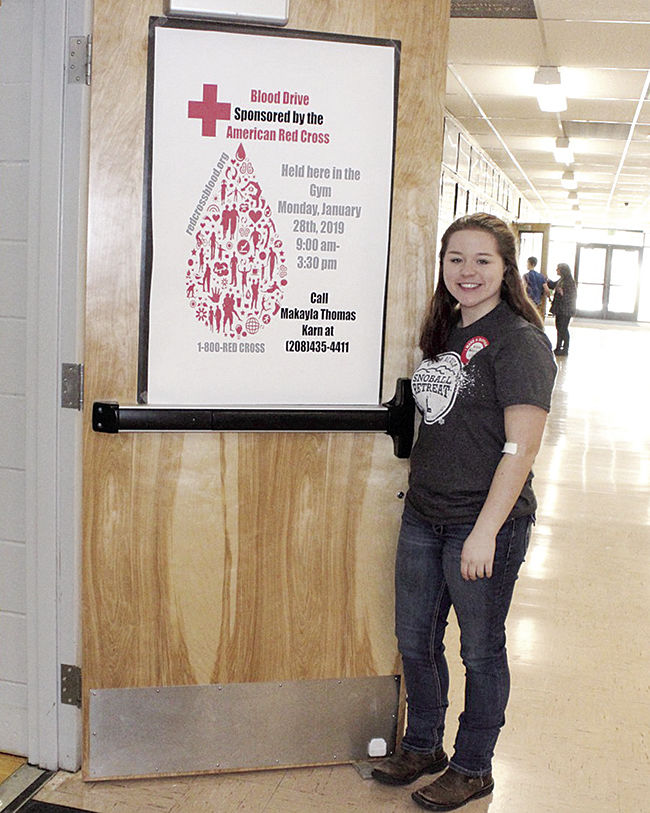 Timberline students and Weippe residents at the Timberline Blood Drive.

Pool at the Elkhorn

Fifteen people played in the pool tournament at the Elkhorn Wednesday night. Troy Manz came in first, Ed Dobson 2nd and Jim Hagele 3rd. They always have a good time, join them if you like to play. They welcome all newcomers.

Looking for something to do this winter? The Rebekahs are a community organization that meet the second and fourth Tuesdays of every month, except July and August. The Lodge is opposite Mary Ann’s Groceries. A congenial and warm group, they are welcoming to new members. If you would like to know more, call the secretary at 208 435-4234.

A Garden Club is starting up at the library. The first meeting is Wednesday, Jan. 30 at 10:30 a.m. Have you been studying seed catalogues? This is the place for you. Come share your experiences and learn new skills. It’s an open invitation. Call the library if you can’t make the first meeting and are interested in knowing more, 208-435-4058.

Know of any other groups in town? Call, we’ll add them to the list of things to do.

History of the Library

The first public library in Weippe, in reality, was not a library at all, but a service offered from a private home. In 1956, Miss King, librarian from Orofino, gave Mrs. Lowell Crouser sixty books and asked her to circulate them from her home. At this same time, the P.T.A. had discussed the possibility of sponsoring a public library and, with the assistance of the principal of the high school, Mr. Ed Optinger, they moved the books into a three-room house which he owned and donated for use.

With the help of volunteer labor and donations, book shelves were built, and, with the first collection of books (200 - including the sixty books from Orofino), the Weippe Public Library was opened for business on July 9, 1956.

Shortly thereafter, the Weippe Public Library was moved to a very small, abandoned building which at one time had been the town’s jail and was located next to the fire shed. The library was financed entirely by donations and book fines; books were also loaned by the Orofino and Lewiston libraries. The first library board was appointed in 1958, comprised of individuals from the sponsoring organizations, namely the PTA, I.O.O.F. and the Rebekah Lodge.

The Library continued to serve the residents of Weippe until 1966, when a library district was formed by voter approval in the general election in Clearwater County. The first Clearwater County Free Library District Board of Trustees was appointed in 1968, with Weippe being the District Library.

In the early 1970’s, a vacant lot owned by the City of Weippe was traded to Clearwater County for the city property where the library was located. This trade not only benefited the Library District, but made it possible for the Weippe Fire Department to expand.

In 1982, the Library District acquired a building formerly known as Brown’s Creek CCC Camp Barracks. The building was either constructed at, or moved to the Musselshell Work Center on the Clearwater National Forest in the 1940’s. This building was placed on the Register of Historic Places on July 5, 1984. The building was moved into Weippe and set-up on the lot next to the old library. In 1983, surplus shelving, display cases and magazine racks from the Moscow Public Library were purchased. The building, shelving and cases sat idle until 1986 when the Library district received one grant from the Idaho State Library through Library Service and Construction Act funding and another grant from Aid Association for Lutherans through a local church organization. With the help of these grants and the persistent hard work and dedication of the area citizens, the conversion and remodeling of the USFS barracks into the Clearwater County Free Library was made possible. The remodeled library opened for business on March 10, 1986

After years of growth, the CCFLD @ Weippe once again outgrew its walls. Through the work of the Friends of the Weippe Library and the City of Weippe, the former Assembly of God Church and lot was purchased in Jan. 2002. Multiple grants and donations were received to assist with the purchase and renovation work of the new Weippe Discovery Center. On Oct. 14, 2003, the library once again opened its doors for business in its new home. The Weippe Discovery Center also houses an expanded Technology Center, public restrooms and is a Lewis & Clark Interpretive Center. Library hours are: