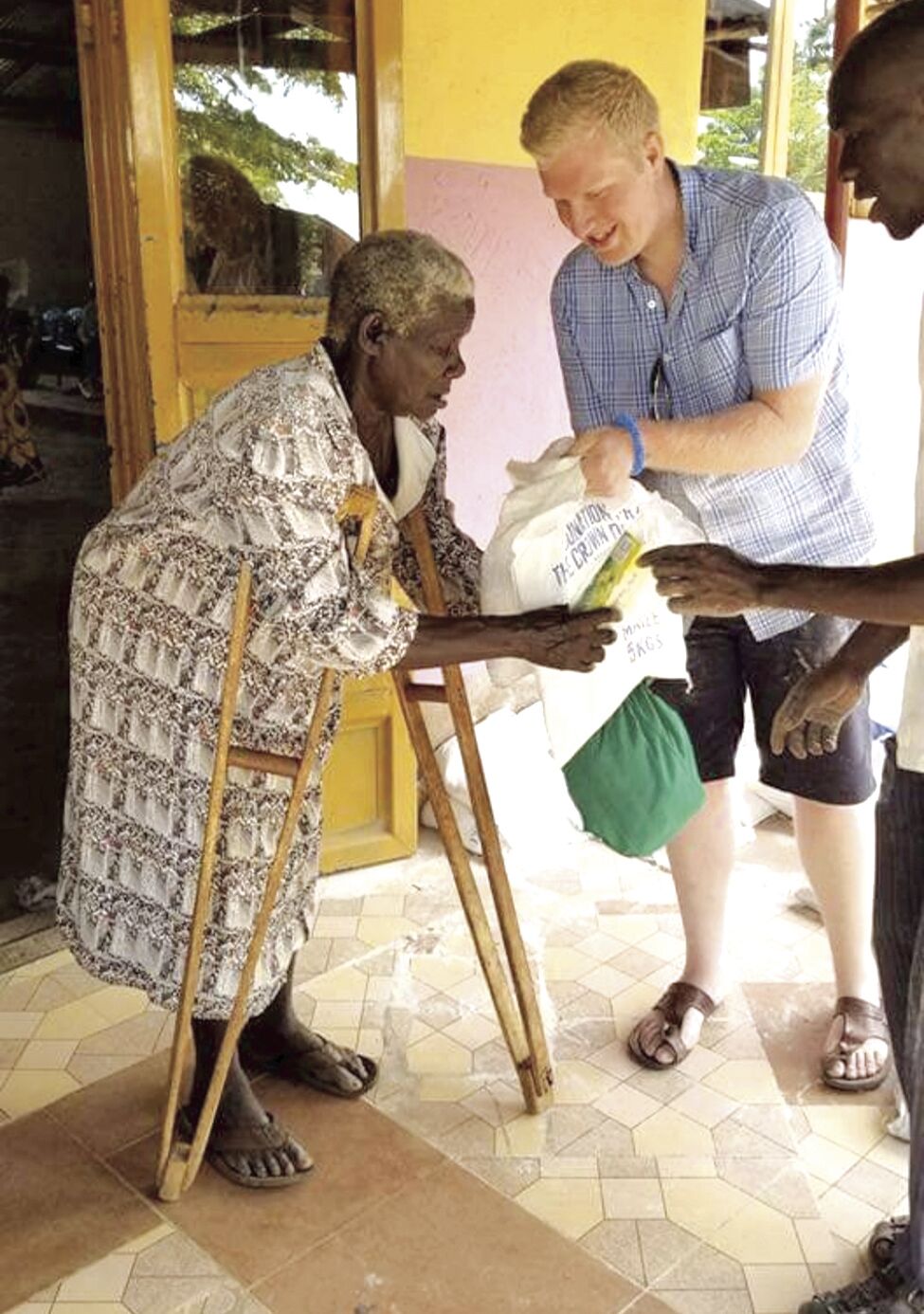 Supplying for the physical needs as well as encouraging mentally, emotionally and spiritually in the community is what Shane Wallace strives for in his mission work. 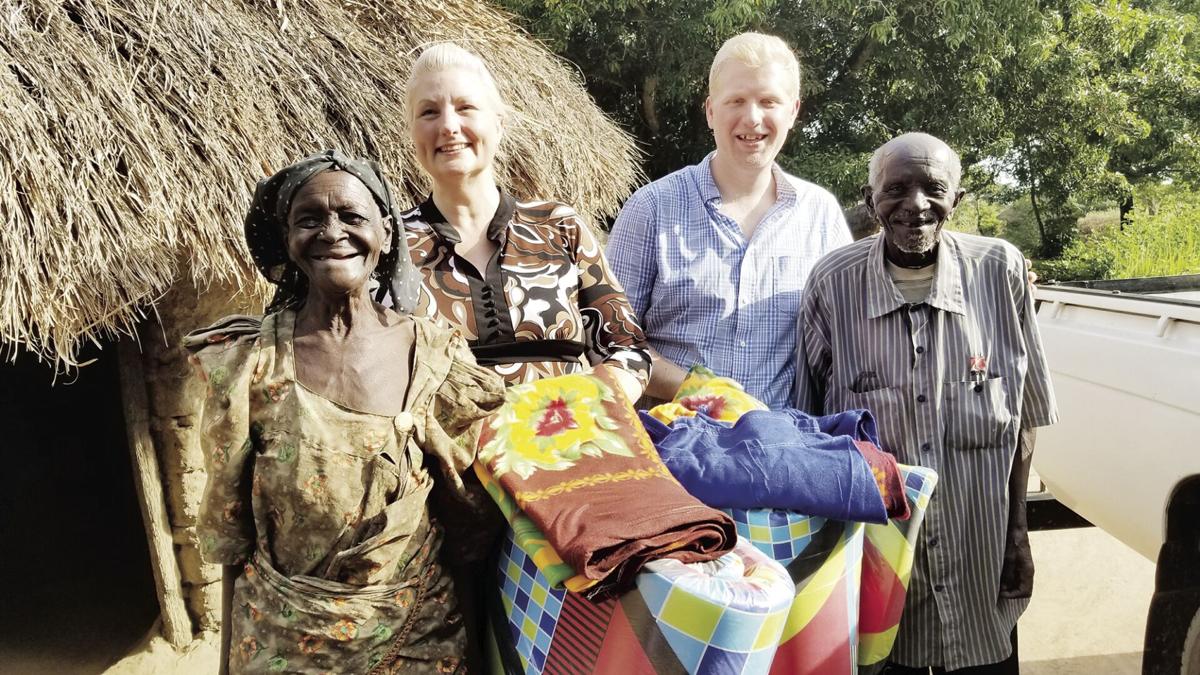 Shane visited a leper’s community with King of Glory Ministries with leader, Laura Kress (his mother). It was one of the most inspirational things that led him to his choice in career. 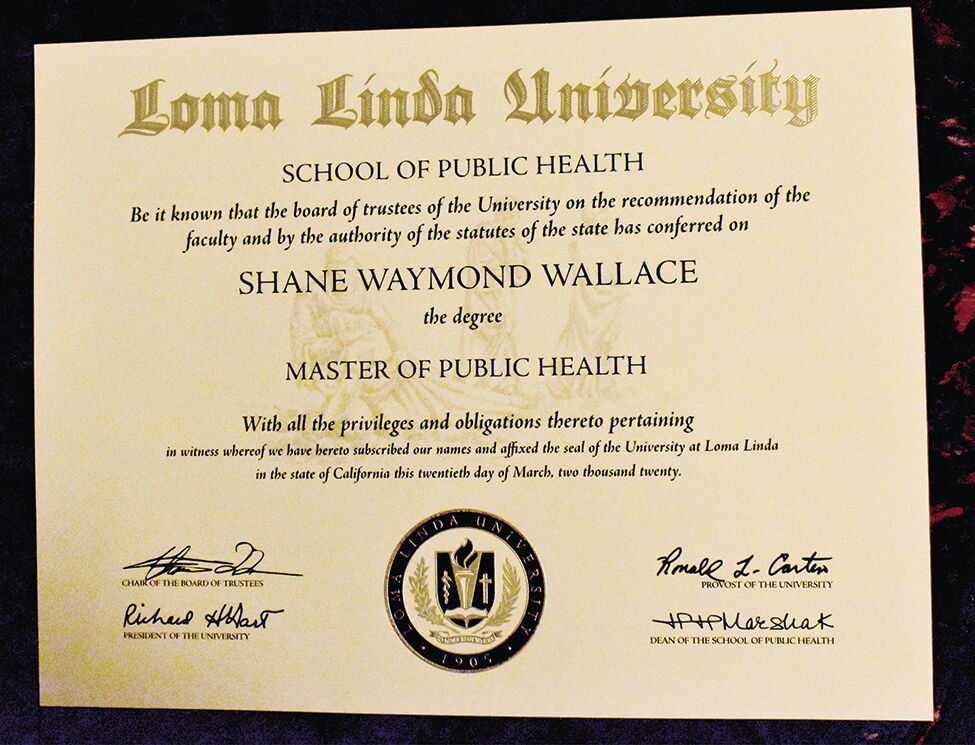 Shane W. Wallace, Orofino High School graduate has gone on to gain his degree in Epidemiology at Loma Linda College. Loma Linda is a highly sought after college. It was a privilege and joy for Shane to graduate from it. 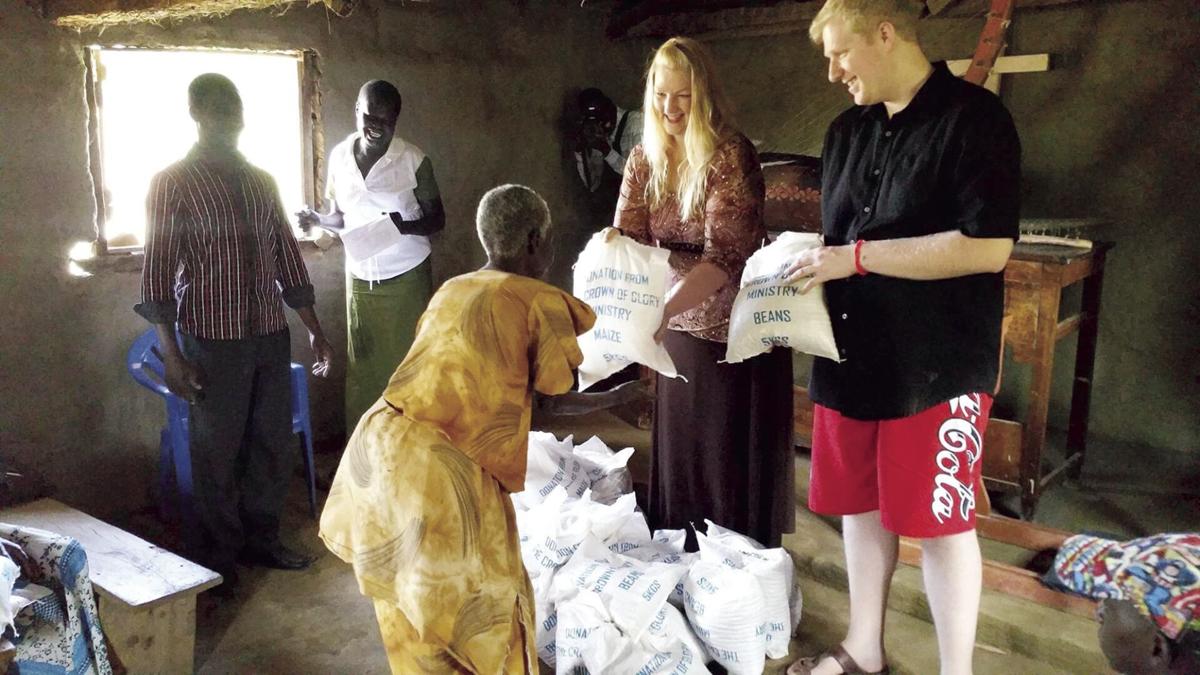 Supplying for the physical needs as well as encouraging mentally, emotionally and spiritually in the community is what Shane Wallace strives for in his mission work.

Shane visited a leper’s community with King of Glory Ministries with leader, Laura Kress (his mother). It was one of the most inspirational things that led him to his choice in career.

Shane W. Wallace, Orofino High School graduate has gone on to gain his degree in Epidemiology at Loma Linda College. Loma Linda is a highly sought after college. It was a privilege and joy for Shane to graduate from it.

Shane Wallace, graduated from Orofino High School, and has gone on to further his education at LCSC and Loma Linda College of California. In early 2020 he graduated with his degrees in Epidemiology. He wanted to return to our area, and was blessed to find work as a District Epidemiologist, which allowed him to buy his home and begin his career in Lewiston.

He was lucky with the timing of his graduation, unlike some of his fellow students, who were in process of graduation time nearing for them when Covid-19 pandemic struck. The lockdowns have made for a struggle forward on their continued education.

Interestingly, Shane’s major, Epidemiology, led him to a job dealing with the very Covid that has so affected the world this past year.

When asked how he arrived at his choice of career, he said, “It kind of started here in Lewiston. I decided to get my under grad here. When I first landed I didn’t know what I wanted to do. I got my associates first, took a lot of biology classes and pre-med. I was always strongly interested in the medical field. So I started with pre-med, biology and chemistry, with an Algebra minor, and a Chemistry major. At that point I thought I would go the way of an MD.

“I had made it about three fourths of the way through my biology degree when I learned about epidemiology. I had one particular professor that ended up teaching me a lot of my classes and biology. He was like my mentor here and kind of took me under his wing. His name was Jacob Hornby. He knew about the trips we take to Africa. Every trip I would return and talk to him about all the things that happened there and, of course, we deal with the lepers there.”

Shane’s mother operates a non-profit organization called King of Glory Ministries. Shane has been on several of these trips, offering help and encouragement to the traumatized in Ugandan under the guidance of Truth Evangelistic Ministries with Pastor James Okalo Ekwang.

“It was in the second or third trip to Uganda that I first met the lepers. I hadn’t known leprosy was still in the air.

”When I go there I always consider what is going on and think about what kind of a career I can do that will help me return. Going there we always see certain things. When we were led to approach the lepers we were able to advertise via radio with our team there, and do outreach with their groups, to the leper population. We met them where they were at.

“A lot of them are grouped together, like a colony. We went to the common area where the care givers were taking care of them. If there were others in the surrounding area they came there to join us. We were surprised at the number who came. I would guestimate, over 100 lepers, but the caregivers are lumped in there as well. After being there with them, we couldn’t help but want to do something for them. It was an eye-opener. We spent time with them and heard their stories. They hadn’t heard that there was medicine for them. There is actually medicine here for it, even to cure it, but there is a process you have to go through to get it into the country. There has to be testing to document that they do, indeed, have leprosy and then another set of paperwork to get the treatment there. It is a process. I hope to get into a field data team to facilitate helping them get with a proper admin group.

“And he said, ‘You know Shane, I’ve had you in my classes for a long time, and this is the first time I have seen you really light up. I can totally tell you love Africa.’ ”

After this meeting, Shane said, “There are degrees in epidemiology. When I really started getting interested in that, I threw out my applications for 10 to 12 different schools. You know you throw applications out wide, of course, and I had offers from many of them. But I ended up going to Loma Linda College and it was a blessing. It is a faith-based university with graduate training and you can get your medical doctorate there, pharmacy, etc. I was able to go to school with like-minded people by attending there. “

Shane had four roommates. Many of them come to learn so they can return to their countries and do mission work at their home base. There was much international missionary student presence there with students from Saudi Arabia, Lebanon, Iran, Ethiopia, and Latin America, to name a few.

His direct co-worker, and special friend was from Bangladesh. She was an American citizen, from a family of heart surgeons. They wanted her to be a medical doctor but she was doing epidemiology.

Shane hopes, going forward, to be able to go to some of their countries, as part of a team. He maintains his friendships.

“Loma Linda was a wonderful environment there and the professors were fabulous, so it really facilitated great growth there for me. I was there for two years.” Shane says, “It was there that I went seriously into Research Epidemiology. I also did my Masters in Public Health because it was research based and I needed to do research as well. Doctor Pramil Sing was my professor and we learned by doing actual research.”

He did about a year of research with Dr. Sing evaluating the program that was implemented for five years. The research analyzed all results, both positive, and those needing improvement, among many other things like the demographics of the region where the program was taking place.

Not only did Shane do his research work, and classes, but he also worked as a data analyst while in Loma Linda Research Affairs, for the school itself. To interpret data is very important.

He took the classes and learned to work in clinical trials as well, testing for allergies, testing new drugs, etc.

Shane sees how epidemiology can be applicable and valuable in many fields and he loves the diversity. Currently his work is for our district as Epidemiologist, currently focused in on the Covid-19 pandemic situation. He collects the data that will give informationally secure data from which to work to deal with the Covid pandemic.

His future dream, however, is to work internationally, with a special interest in returning to his beloved Uganda. With this career there are many opportunities.