April 24, 2022 - River road out on the North Fork of the Clearwater has been plowed recently up to the Kelly Forks Work Center site. Access is through Headquarters down Beaver Cr. and then up Clearwater to the mouth of Kelly Creek and the lower end of Black Canyon. (Much of Road 250 over French Mountain saddle and down Orogrande Cr. appears snow covered and impassable to full sized conventional vehicles at this time.)

Road access beyond the Kelly Forks Work Center location appears limited with bare road up Black Canyon on Road 250 for about a mile to the first low water crossing where there is a large snow slide limiting access beyond that point to foot traffic. Above that slide there are numerous, perhaps six or more large snow slides at the various low water crossings and other locations up to the mouth of Pete Ott Cr. and then one additional large slide just below Elizabeth Cr. Above Pete Ott Cr. the road is generally snow covered. The road up Black Canyon appears that it will likely be obstructed by the slides with seemingly only foot traffic until perhaps July, unless cleared. As the Black Canyon slides begin to melt, many from below creating caverns, there may be the typical collapse hazards associated with traversing those slides.

Road 255 up Kelly Creek has a short shaded stretch of snow by Kelly Forks Campground that is currently difficult to negotiate with a 4 x 4 pickup but will melt out soon due to vehicle disturbance. Then there is mostly bare road up to about Jeannie Cr. except for numerous, perhaps a dozen or more, snow slides which do block the road to conventional vehicles. The slides begin below Junction Pack Bridge and are frequent up beyond Pie Cr. to Slide Cr. with more up towards the “Old Station” at the mouth of Moose Cr. Many of the slides are small with only few to eight feet of snow on the road. A couple of the snow slides below Pie Cr. are larger with perhaps 15 to almost 20 feet of snow covering the road at those locations. The Jeannie Cr. slide did not reach the road this year.

ATV’s and UTV’s, some track equipped most not, are getting over the slides on the Road 255 up Kelly Creek. Most of the snow slides are side sloped so negotiating them appears challenging and potentially hazardous. (At some point the two larger slides may begin to melt from underneath creating caverns that can collapse unexpectedly increasing the hazard to negotiating those slides later on.) The road up Kelly Creek may be obstructed by the various slides until perhaps June unless cleared. See attached photos of slides on Road 255 up to about Slide Cr.

The snowline around Bungalow up to Kelly Forks and beyond is at around 4500 ft. on north aspects and perhaps 5000 ft. on the more southerly favorable aspects. The high country above 6000 ft. still has deep snow with the high snow courses currently showing over 100 inches of snow depth.

The water levels in the North Fork of the Clearwater and Kelly Creek were rather low and clear on Sunday, April 24. 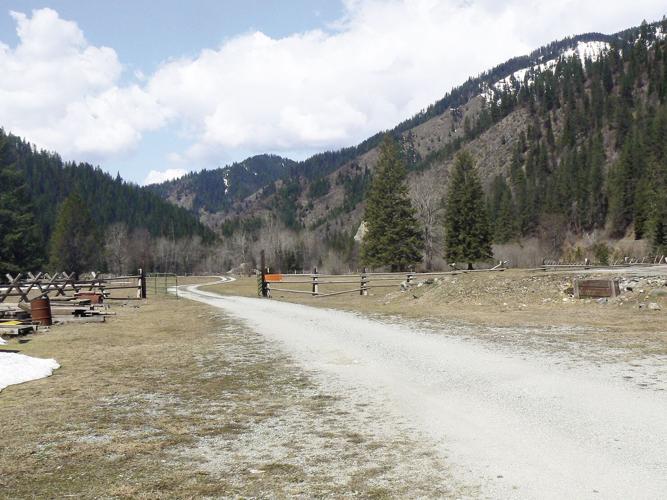 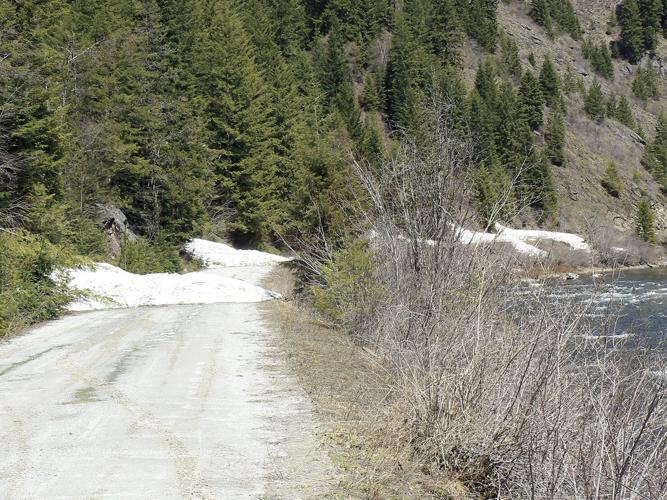 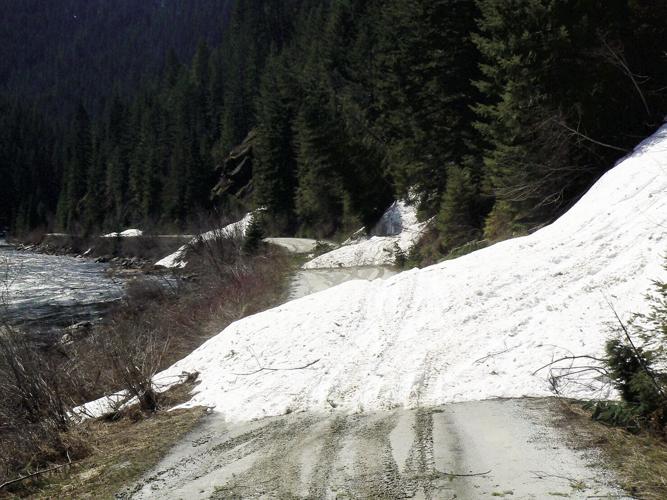 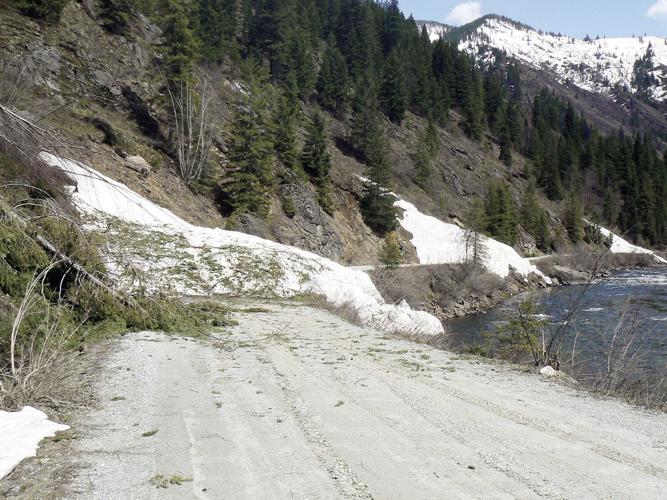 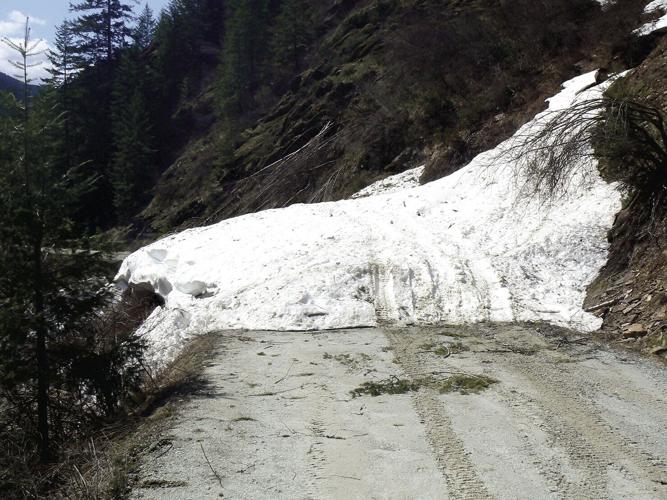 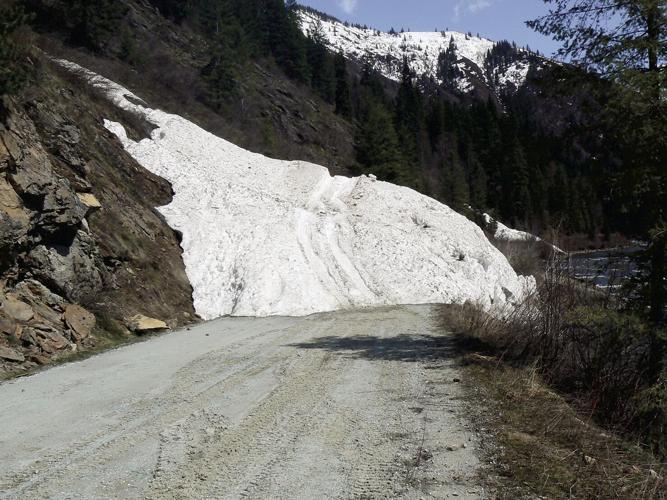 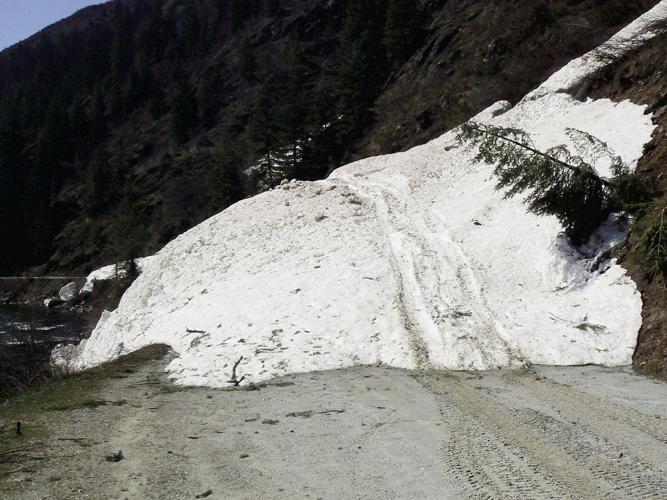 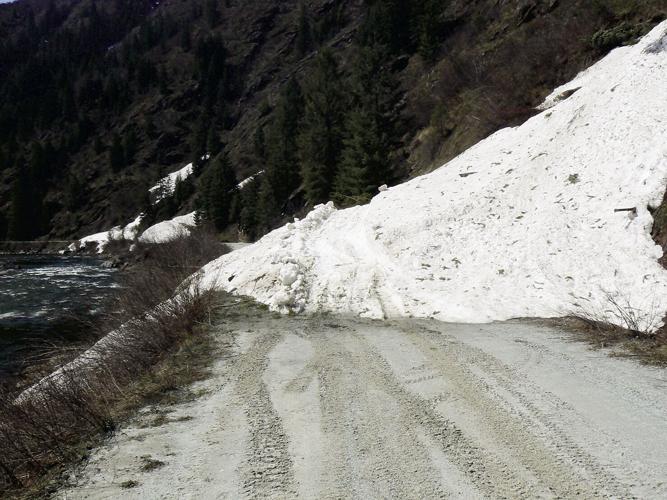 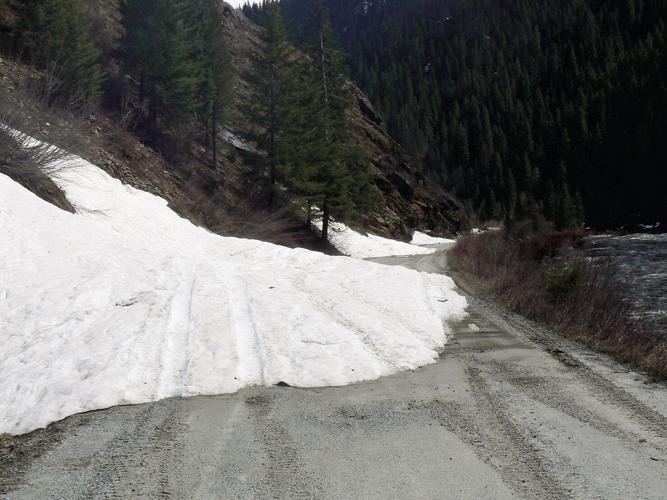 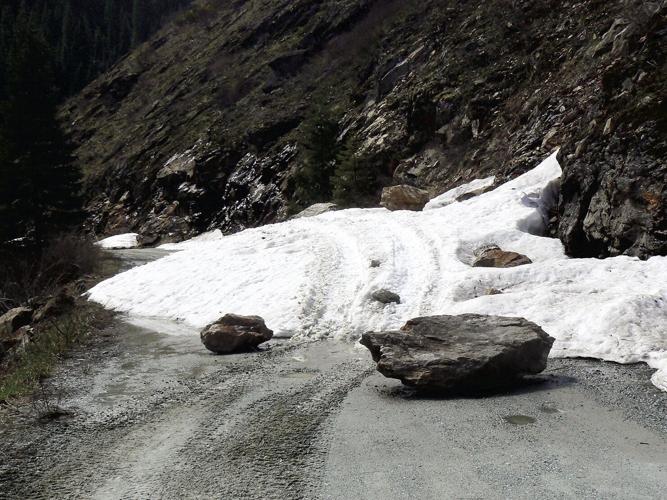 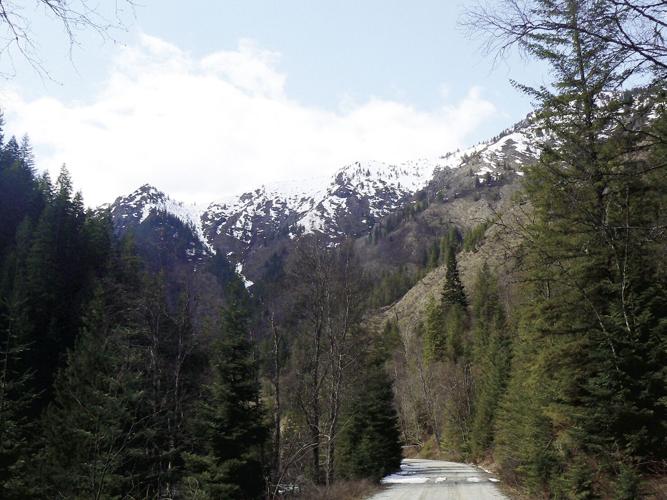