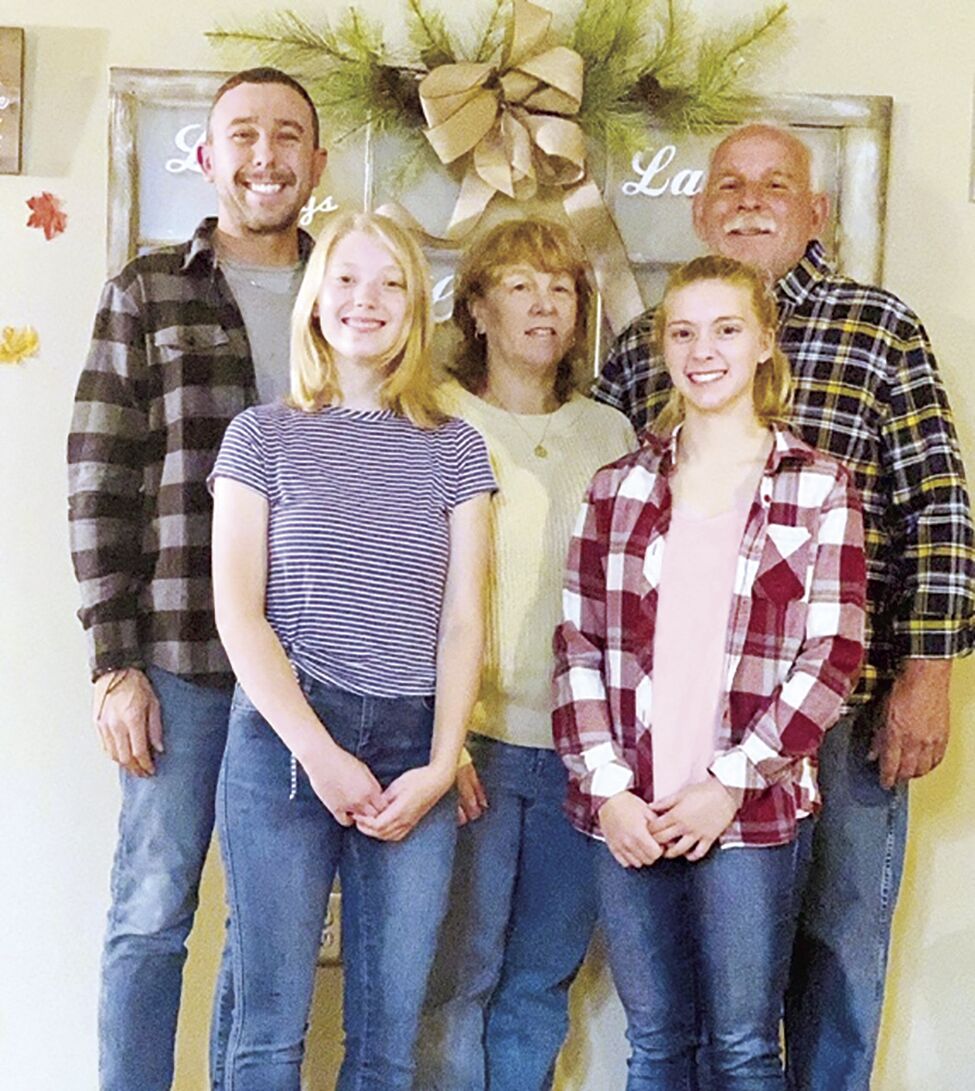 Marebeth with her family, (l to r) brother Ian, sister Lizzi, mom Betsy, Marebeth and dad Carl, who have been wonderful support towards her success. 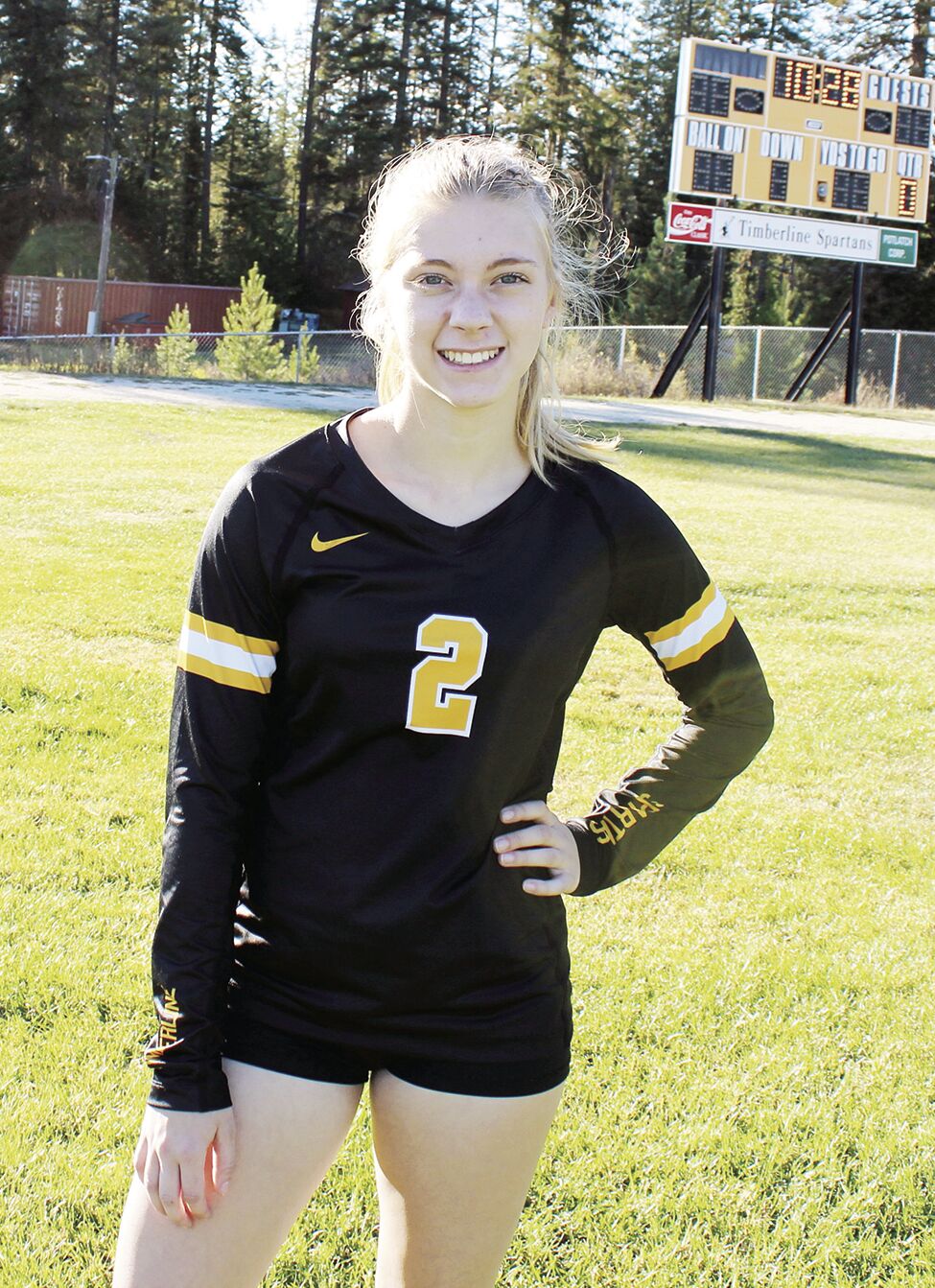 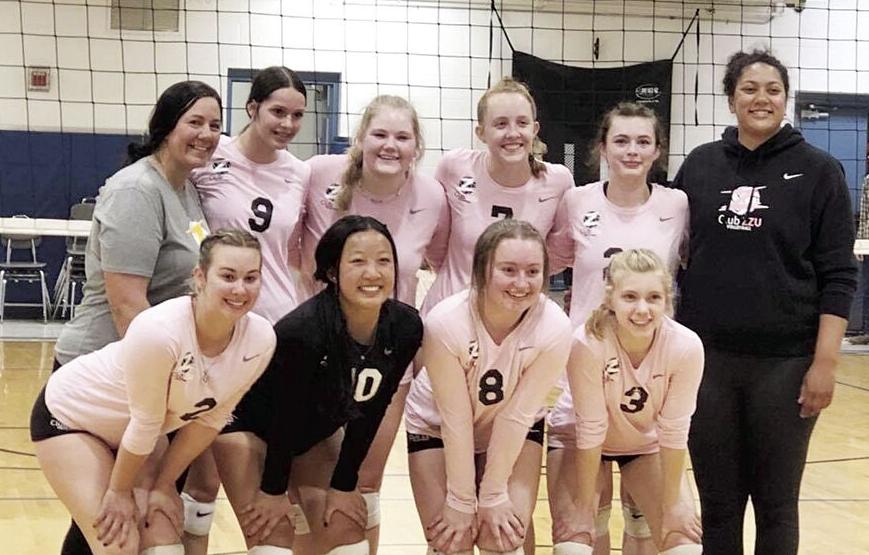 Marebeth with her family, (l to r) brother Ian, sister Lizzi, mom Betsy, Marebeth and dad Carl, who have been wonderful support towards her success.

Marebeth Stemrich, daughter of Betsy and Carl Stemrich, is the first female to receive an athletic scholarship to play a sport from Timberline High School (THS). There have been other students from THS that have went on to college and “walked on” to play sports, but never received an actual scholarship straight from high school.

Marebeth has chosen Blue Mountain Community College (BMCC), in Pendleton, OR., and will be signing her letter of intent on Nov. 1. Once the letter of intent is signed (which is a contract that states she will go to Blue Mountain for one year in exchange for the scholarship), no other college is allowed to recruit her.

She says, “When I realized that I was finally going to college to play volleyball I was thrilled. I felt like all my hard work had finally paid off for me and that I have finally achieved my dream.”

“Even though I had many other offers to play volleyball at bigger schools in Pennsylvania, California, and Florida, I chose Blue Mountain Community College because, for one, it is much closer to my home so my parents and my siblings can come to watch me play. Another reason is that the coach makes me feel comfortable along with the players and it’s a small college and town which I think I will feel more comfortable in.”

“Playing a sport and going to college to play that said sport is a lot of work. You have to be determined and not be afraid of rejection or change. I would practice and work out every single day no matter how late it was because in order to get better you have to practice. Even though practicing and working out is a big part of playing volleyball, to

actually get to the college level it takes a lot more than just playing volleyball. You have to join a club team that you have to try out for and the club team that was closest to me was two hours away. Twice a week my parents would drive me two hours there and two hours back to get to practice.

“Another thing is, I spent hours messaging college coaches and sometimes they never answered back, but I never gave up. I had to film all my games so I could send films to college coaches. It all paid off in the end because I had many different offers to play at bigger colleges. Now I am going to play college volleyball just like I have always dreamed about.”

Marebeth’s parents have been extremely supportive and have gone to every volleyball match and allowed her to play club volleyball for ZZU. She played on the 17s National ZZU club team this last winter (2020). She plans on playing club again this winter (2021). She played for Christy Bogar during her club season.

Marebeth was a Libero/Defensive Specialist in club, which is what she was recruited as to play at Blue Mountain Community College. Her parents drove the long drive twice a week to practices to play on the National Team. They have gotten her onto recruiting websites (NCSA and Field Level) that allow her to be in contact with coaches and upload film of her playing.

Not only were Marebeth’s parents supportive, but she has this to say about her siblings. “I know my coach talked a little bit about my parents, but I would also like to add my siblings in there as well. My little sister Elizabeth is one of my biggest supporters, besides my parents, She always practiced with me when I needed someone to practice and she’s an amazing volleyball player for her age. My big brother Ian came to some of my games even though he had work, and has always supported me in playing a college sport. Finally, my elder sister, Sara, works all the time, but is taking off a day of work just to come to watch me play on my senior night. She let me stay at her house when I had volleyball camps and has also been really supportive of me.”

Coach Brittany Hosley, THS Volleyball coach, says, “Going into my first year coaching a high school varsity volleyball team, I have been so fortunate to have an athlete with so much drive and commitment to play volleyball in college. As an ex-collegiate volleyball player myself, it is extremely rewarding to see an athlete grow to love the sport and continue on after thousands of hours of hard work and dedication. She is the athlete that works on volleyball every single day, and is always asking questions on how to get better.”

“She is so talented, competitive, and has the best work ethic I have ever seen. She is someone that everyone around her can rely on, not only in athletics, but in scholastics, and in life. I am so incredibly lucky to have this job as a coach, and to coach wonderful young ladies like Marebeth. I am so excited to watch her play in the future and see her achieve all of her dreams. She can do anything she sets her mind to. One of the many reasons I coach is because of girls like Marebeth, because she makes it fun and it is such a rewarding experience to coach girls like MB. I will miss her dearly when she is gone but I know she will be doing great things at BMCC. I truly believe I have the best job in the world.”

BMCC is a part of the Northwest Athletic Association of Community College (NWAACC) that is made up of a total of 36 community colleges. BMCC’s mascot is the Timberwolves.

This athletic scholarship will open up many opportunities for Marebeth to achieve her dreams as a collegiate athlete as well as pursue her degrees. She plans to get a master’s degree in social work and a minor in psychology. With the help of the scholarship she will be able to obtain an Associate degree that will transfer to a university of her choosing to continue her education. Whatever university she chooses, she also plans on playing volleyball for another two years after BMCC.