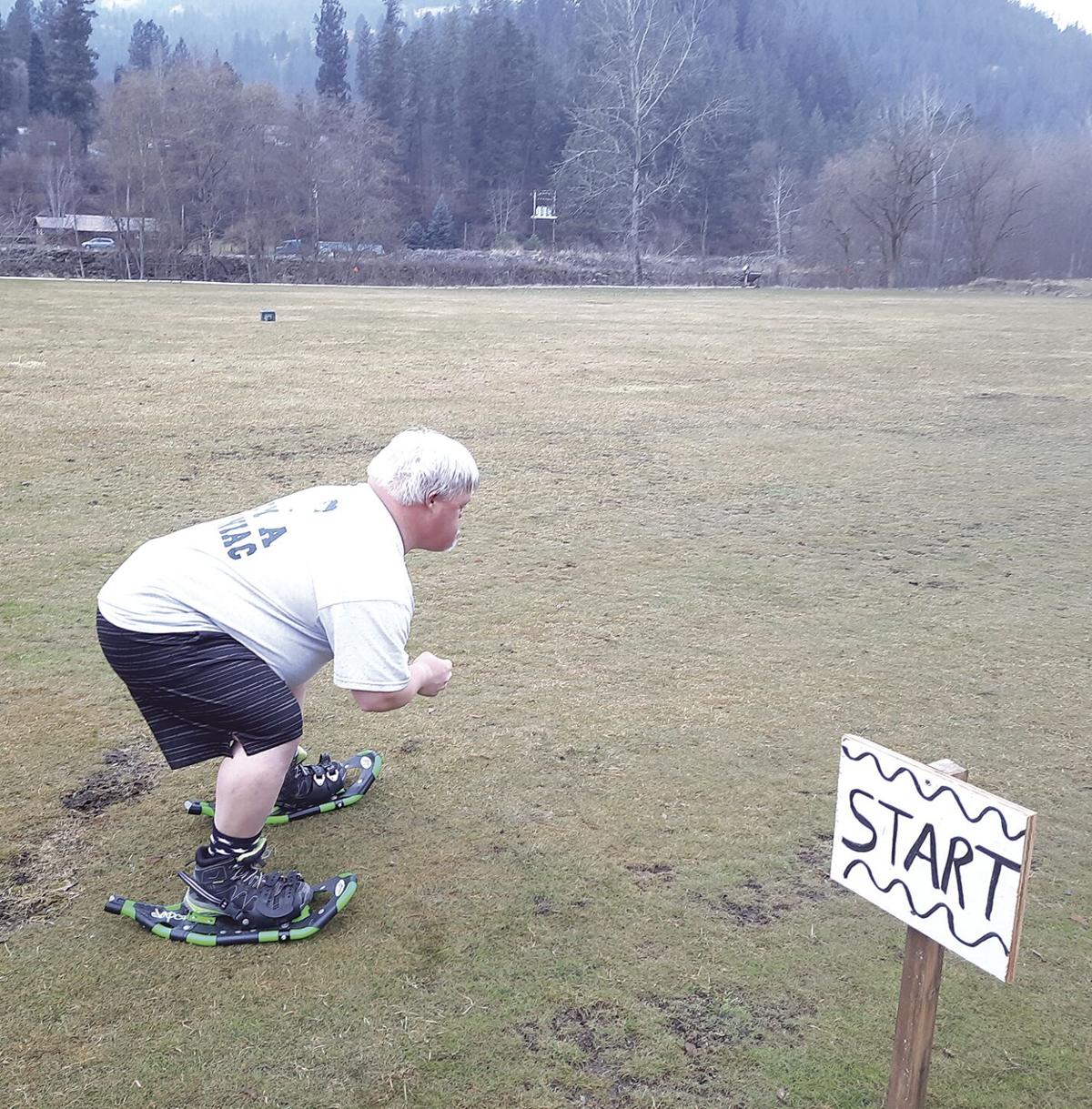 Training takes place all year long for Jeff Greene, and whether it’s on the grass or in the snow, Jeff takes it all in stride. 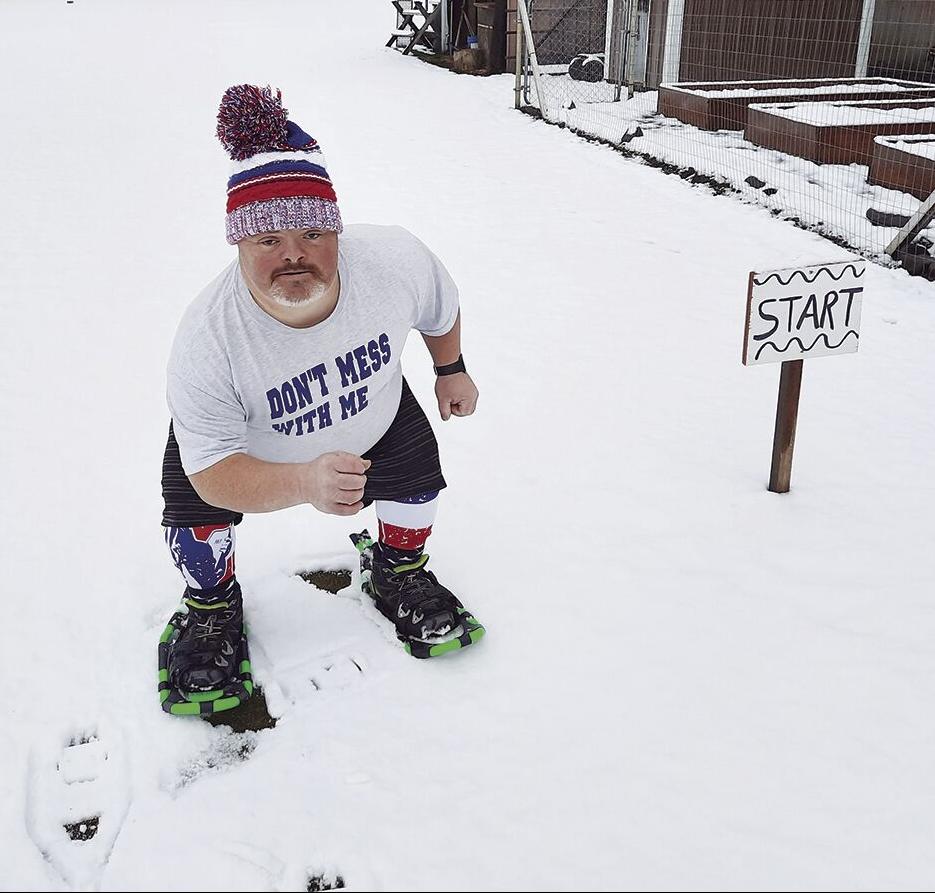 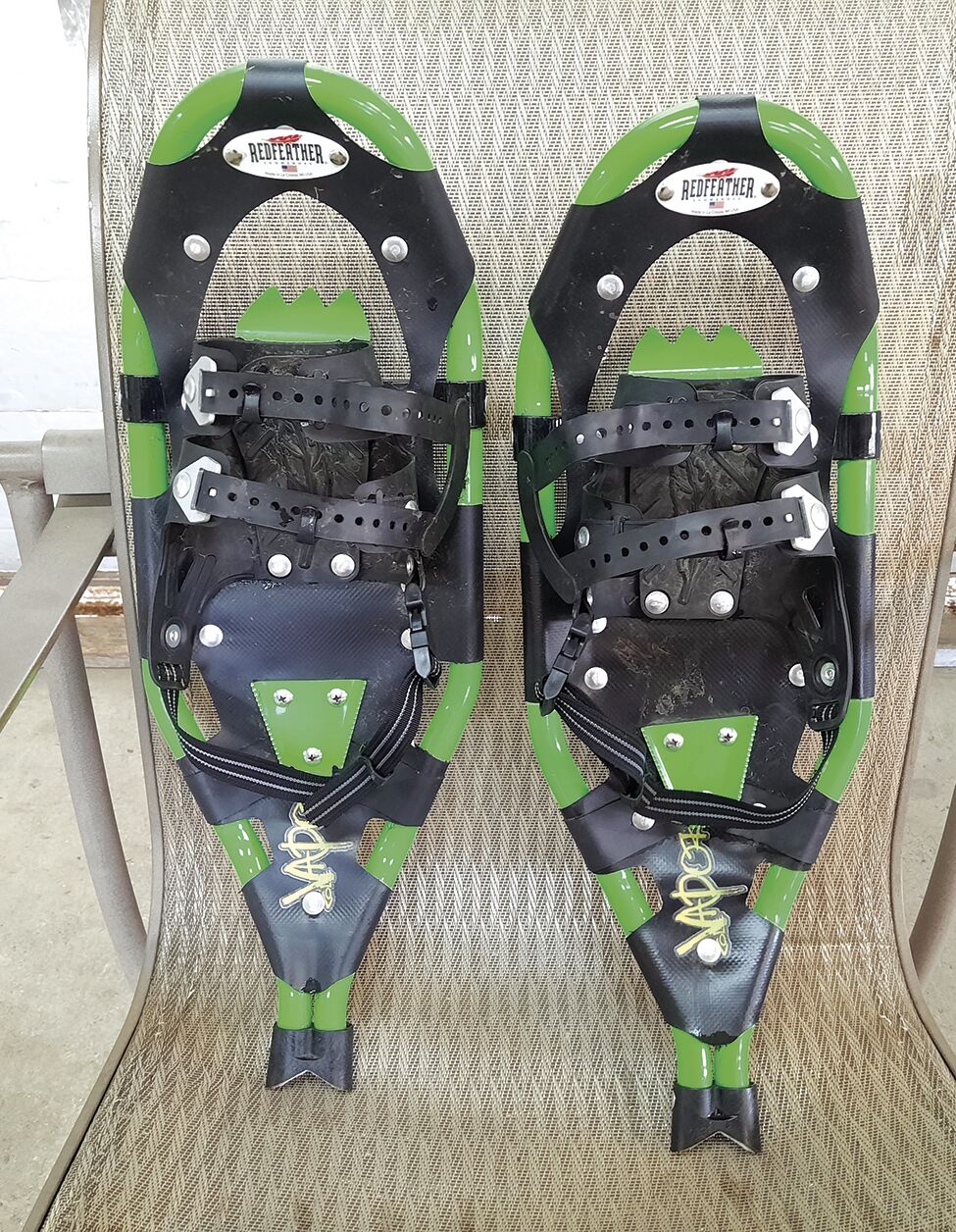 New Red Feather Snowshoes--Specific racing snowshoes are required for all participants, which are not only lighter but narrower and substantially shorter than Jeff’s first pair of snowshoes. Go Jeff!!!

Training takes place all year long for Jeff Greene, and whether it’s on the grass or in the snow, Jeff takes it all in stride.

New Red Feather Snowshoes--Specific racing snowshoes are required for all participants, which are not only lighter but narrower and substantially shorter than Jeff’s first pair of snowshoes. Go Jeff!!!

As Jeff Greene, of Peck continues training for the Special Olympics snowshoeing competition in January the community of Orofino prepares for another big day. The Jeffapalooza Golf Tournament with a silent and live auction is on Saturday, June 19 at the Orofino Golf and Country Club. Registration begins at 7:30 a.m. and the 9-hole golf scramble starts at 9 a.m.

It’s not every day that an American receives an invitation to go to Russia, much less be selected to participate in the Special Olympics World Winter Games of 2022.

Competing in the winter games was probably one of the last things ever considered by Scott and Nancy Greene when they first signed their son Jeff up with Special Olympics Idaho 30 years ago. Like all parents, they wanted to provide whatever opportunities they could for Jeff. Throughout the years and with each endeavor Jeff gained new friends, new skills, additional self-confidence and an amazing sense of sportsmanship.

Jeff preferred bowling, basketball and golf, which he shares is his favorite. Winter sports didn’t have quite the same appeal, until he was encouraged to try snowshoeing. He loved it! Jeff had his own pair of snowshoes that very day. That was three years ago and look at the doors that have opened since.

Jeff’s first pair of snowshoes were eight to nine inches wide and 28 inches long. They served him well for the past two and a half years and have covered a good distance. Then it was discovered specific racing snowshoes were required for all participants, which were not only lighter but narrower, and only 20 inches long. This was great news. Just watch Jeff go!

“I don’t want to say that Jeff is special, but he is unique,” says his mom, Nancy Greene. “He was brought into this world to change it, and he has done that. It’s rewarding to see how he has affected so many and how these events taking place in Kazan will affect so many more.

“People in Russia have caught on to the Special Olympic movement; there are people in Russia doing whatever they can to make inclusion and acceptance a part of their culture regardless of the political side of things.“

“This is literally a life changing event for each and every athlete competing as well as for the people around them.

“Perhaps the folks on the USA National team do this all the time but in regard to all they do to bring the team together in spite of Covid, has just been amazing. As a mom I have no worries, and I haven’t since day one. He’ll be there for at least three weeks. What an opportunity for him to be with others and feel the confidence that comes with this experience!

“Every mother’s dream is for her child to make a difference and Jeff does that in his own way. It means so much to me.” shared Nancy. “When you’re given the diagnosis that you have a child with Down’s, they also inform you that they’ll probably never learn to read and even suggest that you may want to consider an institution for care. It’s devastating. Of course Jeff will turn 39 in July, so hopefully some of those perceptions have changed. Special Olympics has helped to bring that change.

“These people care so much about the athletes and are so creative in learning what they can do to help every athlete move forward.

Last November and December Nancy was asked to take videos of Jeff as he performed various activities which were submitted to help assess each athlete’s core strength and balance. Coaches used that information to determine further training strategies and exercises.

Beginning in October, approximately 20 members of the team met with each other and three of their national coaches via Zoom. When Jeff saw all the faces in addition to the person hosting the meeting, Jeff just clammed up. Nancy had to let his coaches know that this was a whole new world for Jeff. He’s typically very social with people he knows and trusts, but when put in a position where he doesn’t know anyone, his whole stature changes and he clams up.

There have been three or four Zoom meetings since, each with a particular theme. The last one was “Commit to be fit.”

Every week beginning June 7 through Aug. 1, athletes will receive a check list with seven items to complete. Points are earned for every item completed. There is also a bonus item for extra points if the athlete chooses to do so.

For example, in addition to training and staying physically fit, the first task might be something like making a strawberry-banana smoothie. The next day they may be asked to add a vegetable to their breakfast. Challenges such as these help athletes become more willing to try different foods. Day three may include doing exercises #4 and #5 of the circuit training list and so forth. At the end of the week the list is turned in and points are recorded, initiating a little competition between members of the team.

Other topics to be addressed are ways to cope with stress and how to best prepare the athletes for the long flight to Kazan. “That’s brutal for anyone, said Nancy. “Jeff knows that it is 5,318 miles from Peck to Kazan. I chuckle when I think of 108 athletes like Jeff on an airplane, traveling separately, but the concept is meant to introduce them as a team.”

More about Kazan and the Special Olympics

The city of Kazan encompasses over 1000 years of history and is noted for its dynamic blend of Asian and Russian cultures.

Jeff is one of two athletes representing Idaho and one of 108 athletes chosen to represent the United States in the World Winter Games in Kazan in January of 2022.

Approximately 3000 delegates (athletes, partners, coaches and officials) are anticipated from 102 countries, with 3000 volunteers, 1090 honored guests, 2000 family members and up to 700 media representatives.

Jeff will compete in the snowshoeing competition at the Burevestnik Stadium located on the grounds of the Universiade Village. The stadium is designed for hosting training camps, track and field events, as well as municipal, regional and school competitions.