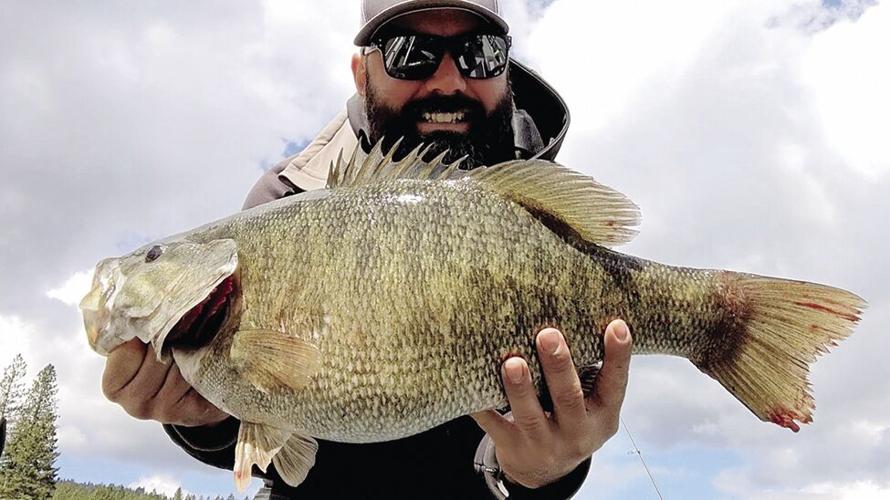 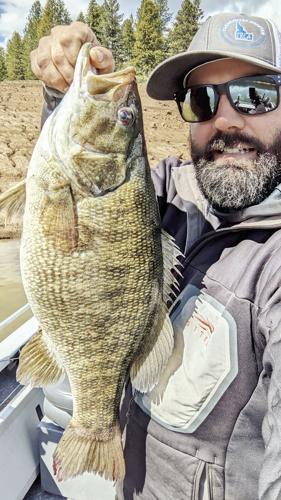 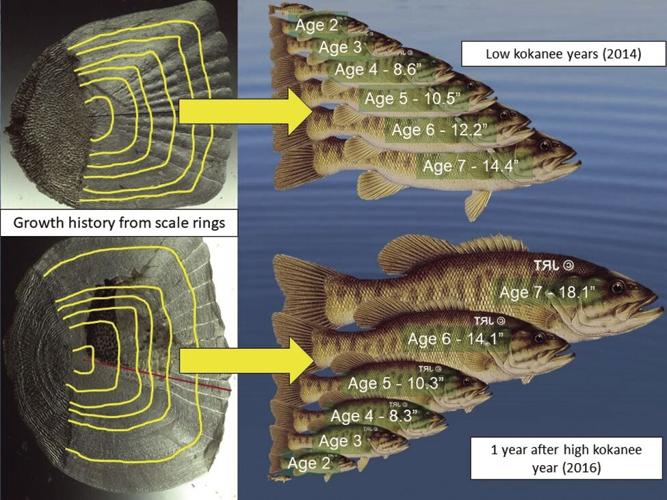 After a quick photo, Travis released the bass back into the lake, and secured a new catch-and-release state record. His trophy bronzeback eclipsed the previous record of 22.75 inches set by Dustin Shepard only two years earlier in 2020.

Dworshak Reservoir - formed by the North Fork Clearwater River in north central Idaho - has a long and well-deserved reputation for trophy smallmouth bass. The reservoir has produced the last two catch-and-release records, but also holds all the certified-weight records for smallmouth bass since 1982.

A quick review of certified weight records, and you can see that Travis’ new 23.5” fish easily competes with some of the heaviest bass recorded from Dworshak Reservoir, and may have been close to the existing weight record of 9.72lbs (23.75 inches).

Biologists have learned that big bass in Dworshak have a cyclical pattern, related to the fluctuating numbers of kokanee in the reservoir. In years when kokanee are abundant - and usually smaller as a result - they provide the ample food needed to grow supersize smallmouth. Fisheries biologist Eli Felts works on Dworshak, and started noticing the abundant small kokanee in the last two years. In his March 28 update article, Felts predicted a record bass was likely coming soon. “The bass growth tends to lag a year, so I expect to really start seeing the effect of the recent increase in kokanee abundance this year”, he said.

So, time for some cool science! Here is some growth data collected from two different Dworshak smallmouth bass, growing up in different years. The bass were the same age when collected - seven years old - but were dramatically different in size. The first bass grew up during the lean years in 2014 when kokanee numbers had been low. The second bass was collected later in 2016 - only 1 year after near record kokanee numbers - and was almost 4 inches longer at the same age! After bass reach 10-12 inches, they are big enough to eat abundant kokanee and can achieve tremendous growth.

This is a good example of how reservoir conditions can influence the average size of fish by driving food resources. Felts said he thinks conditions in Dworshak could be ripe for another record soon. “Last fall I received multiple reports of smallmouth over eight pounds being caught, and I wouldn’t be surprised to see the current state record be challenged over the next couple of years.”

Check out the state record fish page for a list of big fish, and how you can submit an application.