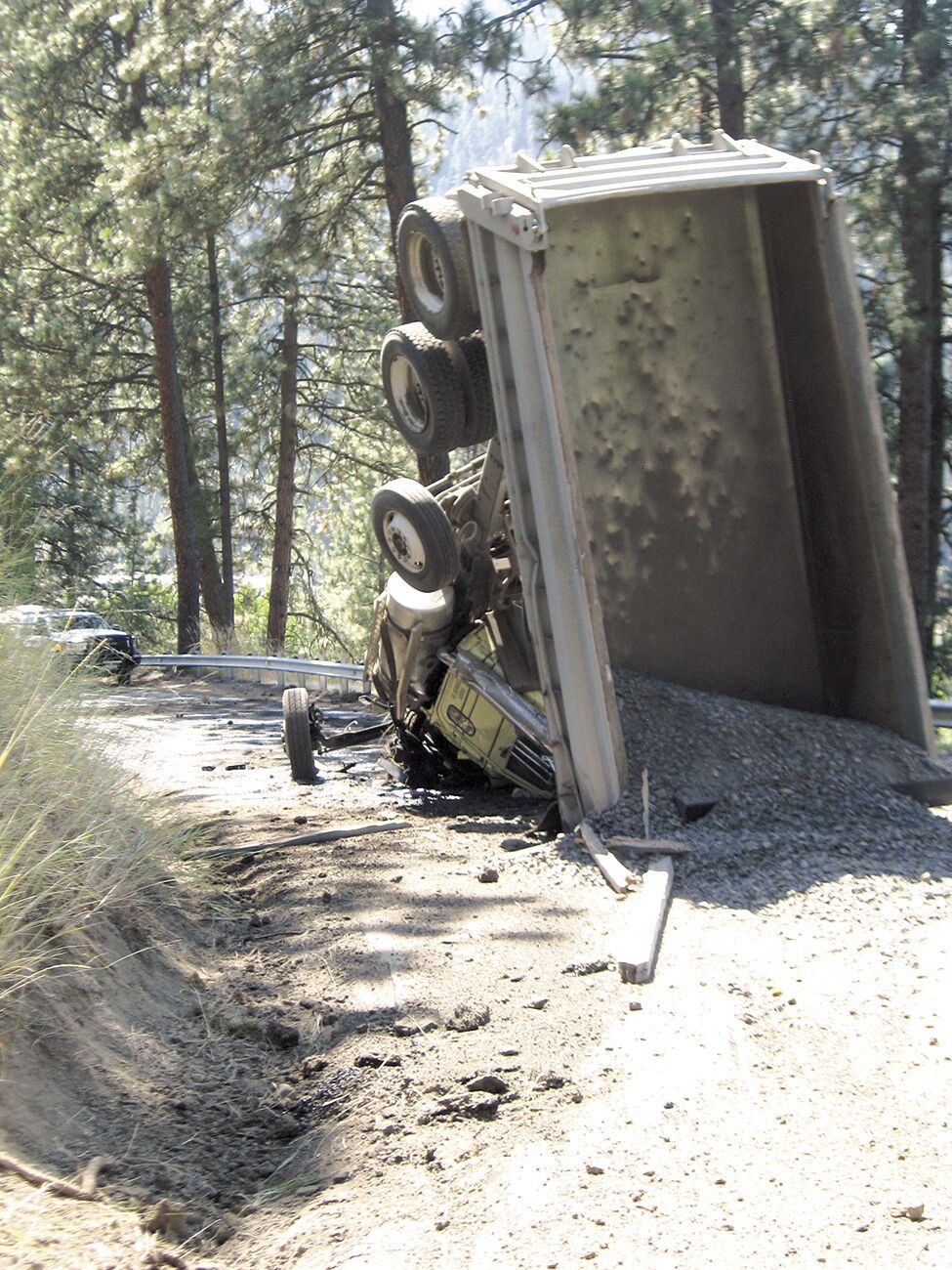 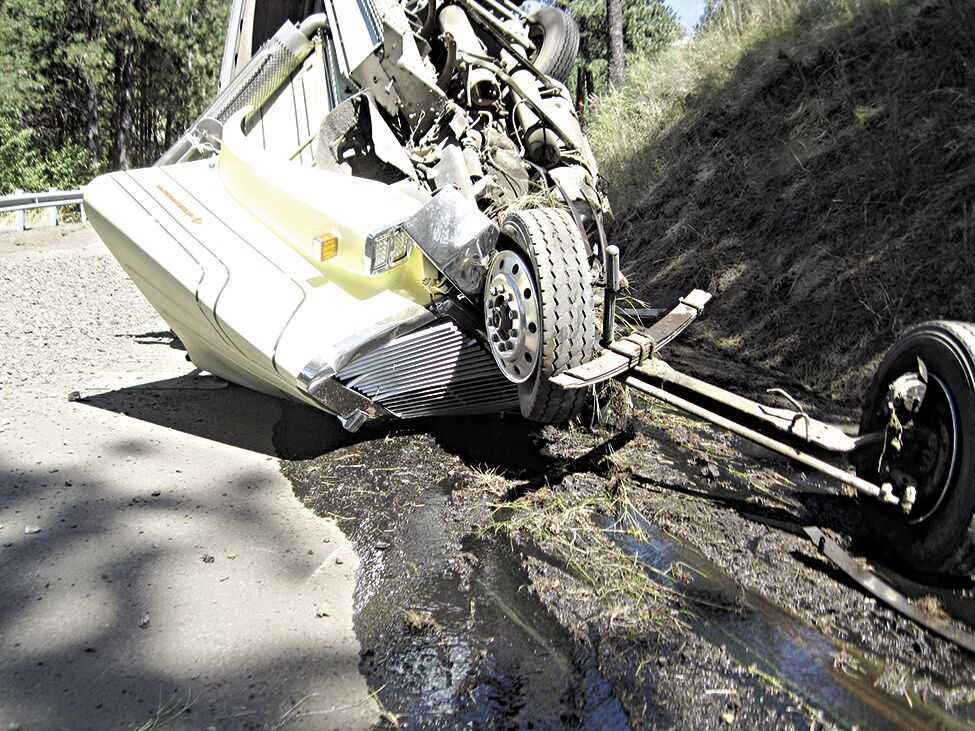 On Wednesday, Aug. 5, the Clearwater County Sheriff’s Office (CCSO), Clearwater County Ambulance and Rescue Three responded to a vehicle accident on Dent Bridge Road, just below Wixson Heights. Upon arrival deputies discovered a dump truck driven by Nathan Donner, 41, of Orofino, had flipped over onto its top after striking the embankment. According to the CCSO report, the accident blocked both lanes of travel for several hours, until the truck could be removed. The driver was transported to Clearwater Valley Hospital for his injuries. The cause of the crash is still under investigation.