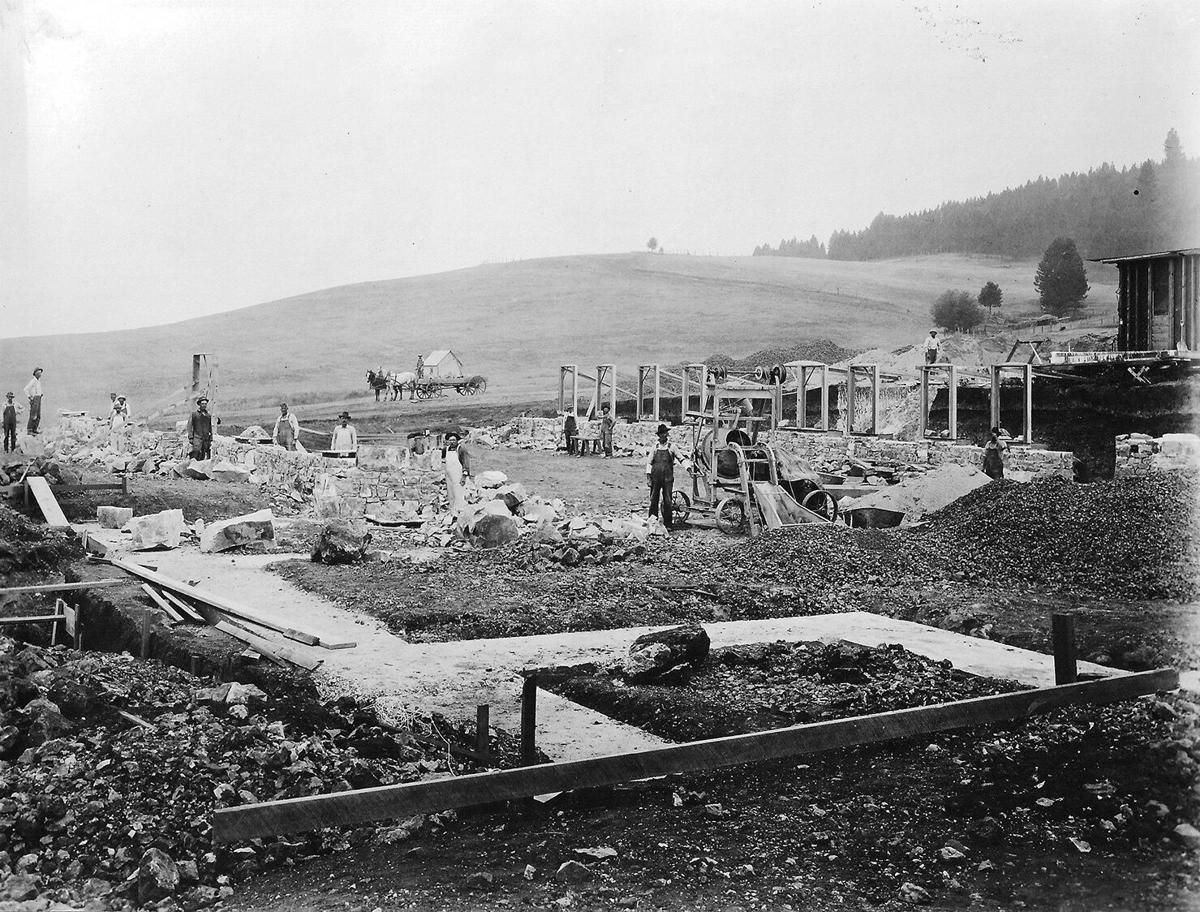 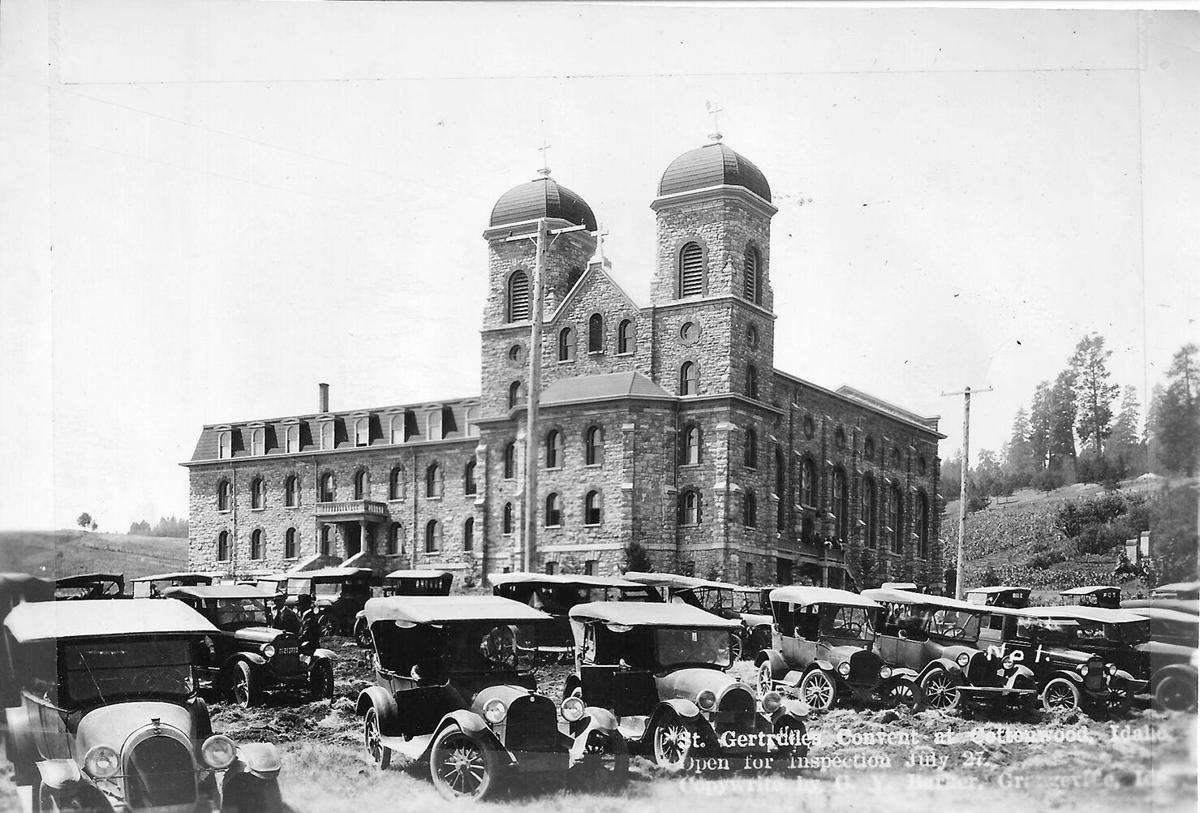 Old Museum Convent: The original buildings were made of wood.

Old Museum Convent: The original buildings were made of wood.

Drive along Highway 95 through the Camas Prairie in North Central Idaho and be immersed in a grand vista of rolling fields and distant, surrounding mountains. Structures seen along the highway reflect the pioneer legacy as well as years of dynamic weather. Dilapidated barns return to the earth in sculptural arrays and metal grain towers preside over long stretches of crop fields.

In this setting the chapel of the Monastery of St. Gertrude rises up as an anomaly, as stalwart as the day it was dedicated on July 27, 1924. The Romanesque architecture stands against a hillside that yielded the blue porphyry stone from which it is constructed. The brilliant red towers, topped with golden crosses, can be seen for miles. The two-foot thick stone walls were designed to last for centuries not decades, and make for chapel acoustics acclaimed throughout the region.

The completion of the stone structure was the realization of a dream over 40 years in the making. On September 26, 1882, Mother Johanna Zumstein, Sister Magdalene Suter, and Sister Rosalia Ruebli, three nuns from a cloister in Sarnen, Switzerland, left their home to sail to New York. A steam train brought them across the continent to Gervais, Oregon, where they first established a religious community and mission. They moved to Uniontown and Colton, Washington, and founded schools. Then John Uhlenkott offered the sisters some land and encouraged them to relocate to Cottonwood and start a school. The sisters agreed, purchased more land, and the motherhouse was founded in 1909. Their first buildings were a wooden chapel along with a school and living quarters.

The new chapel was designed by architect Engelbert Gier. Construction began in 1919 and was completed in 1924. Each stone was brought down the hill (often by sisters), individually chiseled, and placed by hand. The cornerstone, visible at the base of the left-hand bell tower, was laid one hundred years ago on July 5, 1920. The windows are faced with locally-produced brick. The 97-foot-tall towers house four bells.

The Monastery of St. Gertrude stone building is on the National Register of Historic Places. Unlike much of historic architecture, the St. Gertrude’s Chapel is still utilized for the purpose it was constructed. Monastic life centers around the chapel. For 100 years the Benedictine sisters have gathered there for daily Mass and to pray three times a day in the beautiful wooden choir stalls. Both physically and symbolically, the chapel is the center of a flourishing community of sisters and those who are partners in ministry, including nearly 100 oblates (lay members) in nine area groups throughout the Northwest.

Preparing for a New Century of

In 1948 a five-story brick structure was added to the original stone building. The Annex provided housing for sisters that mostly served in ministries away from home. Now, over seventy years later, the Annex is in need of updated plumbing and electrical as well as asbestos abatement. A six-month remodel project will begin in November 2020 and the sisters will relocate to Spirit Center while the remodel takes place. The planning and fundraising teams have finalized architectural plans, chosen a building contractor, have a project completion schedule in hand, and have raised 80 percent of the $2.3 million cost of the project. The public phase of the capital campaign has just begun.

In addition, individual rooms will be enlarged and will feature private bathrooms. (Currently there are common bathrooms on each floor.) The renovations will create an energy efficient residence for those who live at the Monastery and coordinate ministries, which serve 20,000 guests, artists, and retreatants annually. With a deep commitment to the future of monastic life, according to the Rule of Benedict, the sisters will welcome new vocations and Benedictine Cohousing Companions in a contemporary monastery residence.

Source: Nachtscheim, OSB, Mary Lucille. On the Way: The Journey of the Idaho Benedictine Sisters.Cottonwood: Monastery of St. Gertrude, 1997.