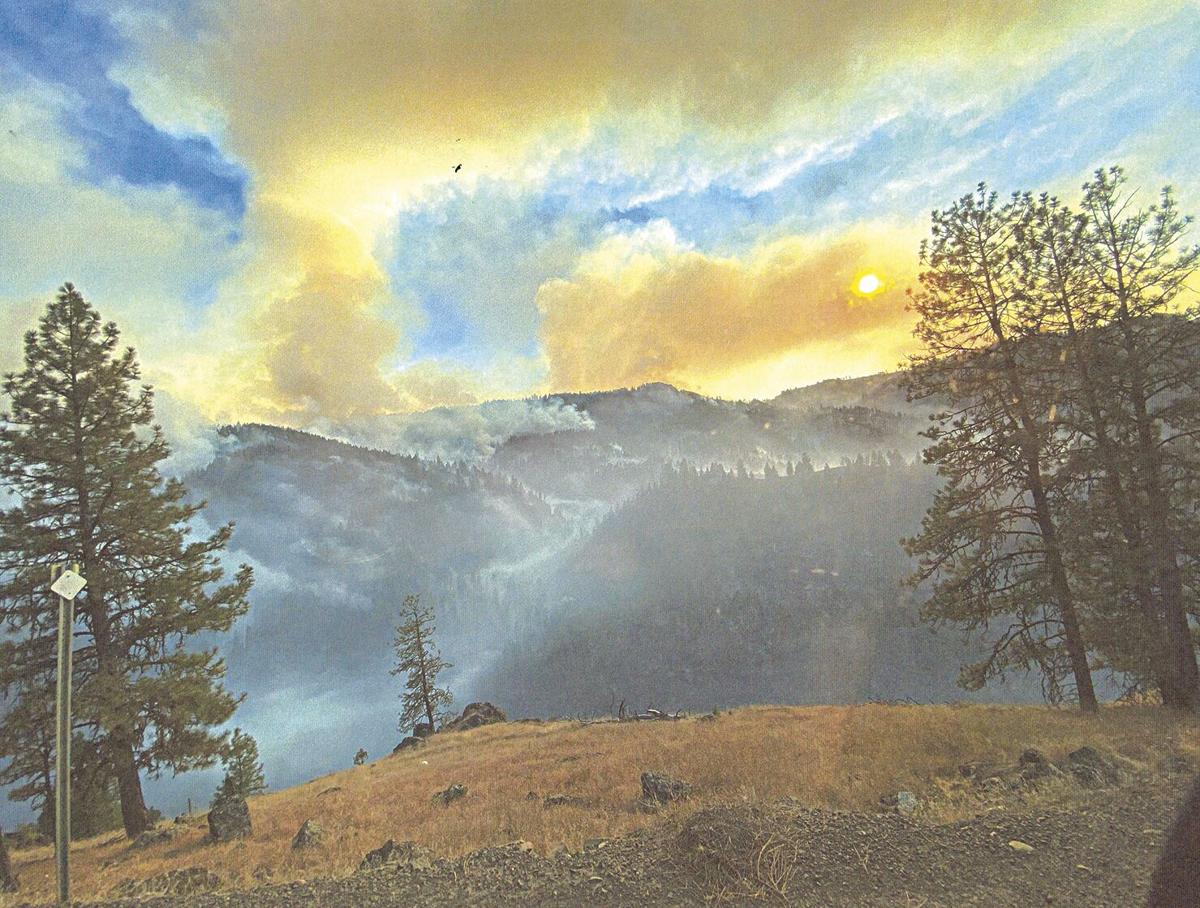 The 49MM Fire on Highway 12 was photographed from Lower Fords Creek Road, between mile marker 6-7. 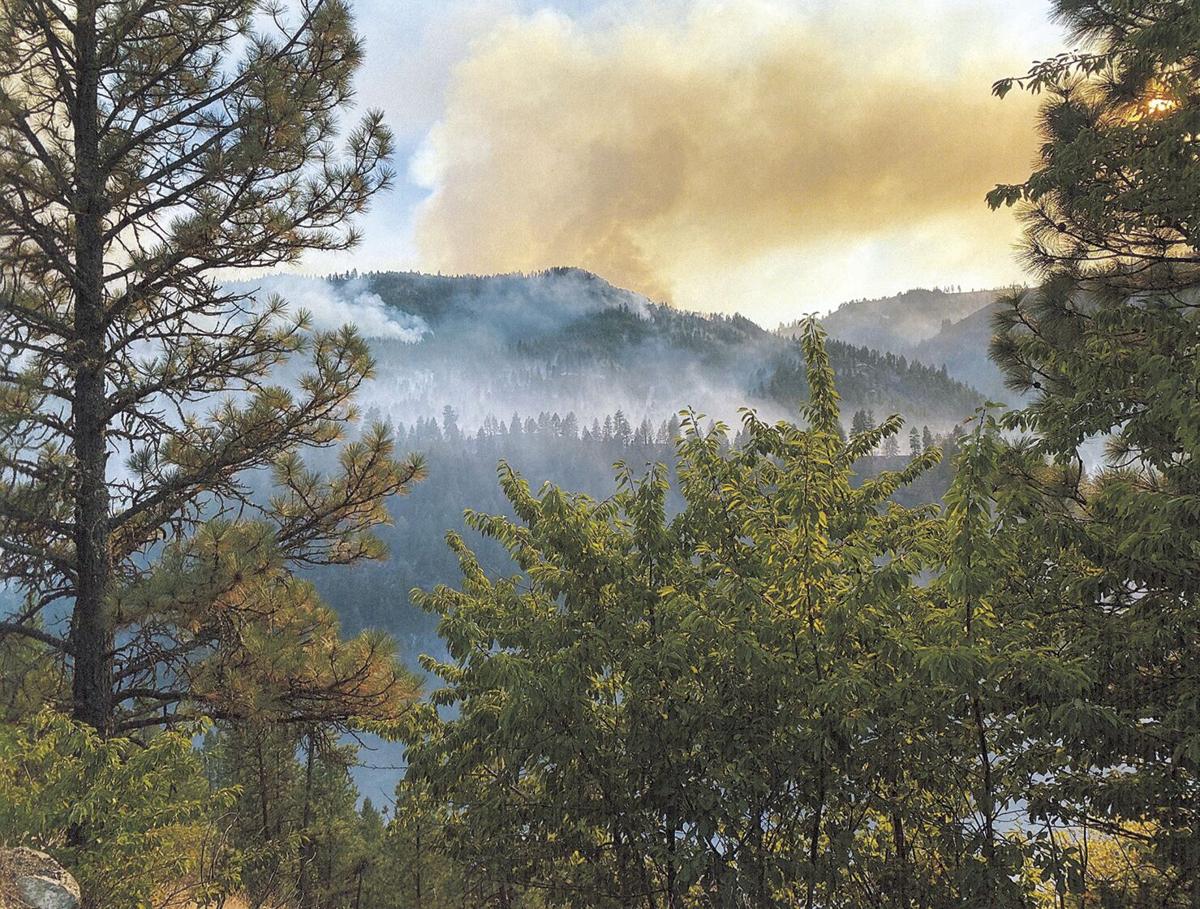 The 49MM Fire on Highway 12 was photographed from Lower Fords Creek Road, between mile marker 6-7.

Many of us remember the 2015 fire season and hoped we didn’t have to experience that again. The situation changed this year when strong winds whipped through here on Sept. 7, Labor Day. Trees and transmission lines were knocked down. The Fraser Community and the hilltop area lost power at 3:10 p.m. on Monday.

We checked with Clearwater Power Company and were informed that this outage covered a wide area and that crews were on the job. Our power came back on around midnight on Tuesday. This loss of power really made a difference on how we spent this time.

It’s hard to imagine what it would be like to live without the convenience of electrical power. We send a big “Thank you” to the crews of Clearwater Power Company for all the work they do to keep the lights on in our community.

I was born on a small farm in South Central Minnesota before electrical power was available. During the winter, chores were done with the help of lanterns and the only light in the house came from kerosene lamps. We have come a long way from those early times. Now we have generators and if we are lucky, Solar Power, to use until the electric power comes back on.

The strong winds were the cause of several wildfires. The Mile Marker 49 Fire caused Hwy 12 to be closed between Greer and Orofino. On Wednesday, Sept. 9, we were held up on Hwy 12 for about 15 minutes as there was only one lane of traffic through that area.

When we returned from Lewiston we took Lower Fords Creek Road to our home in the Fraser Community. When we were almost to the top, between mile marker six and seven, we could see the fires burning in the canyon at Mile Marker 49 and I took some photos with our cell phone.

I visited Donna Brown on Sunday afternoon and caught up on the farm’s harvest news. On Labor Day the crew was harvesting winter wheat at the Cavendish acreage when the wind made it so dusty they had to shut down the operation.

They decided to return to Fraser until they could go back to work.

Derek Brown was one of the last people to drive down the Cavendish Highway before the road was closed due to the wildfire. He commented that he saw small embers hitting the windshield of his truck.

Donna stayed to close up everything before heading home. She had a long time getting home due to the highway being closed, plus the tree that fell over Lower Fords Creek Road near Guy and Cathy Walker’s farm.

Cory remained with the equipment but decided to take the big water truck to his friend, Mike Matheson’s farm to keep watch at their big hay barn. Luckily he was there as the fire would have destroyed the barn and the hay.

The crew returned when the wind quieted down and completed the harvest. They returned to the farm in Fraser with all the equipment on Saturday, Sept. 12.

The smoky conditions on Sunday kept the grain from drying out so the crew had to wait until later in the morning to start in on the rest of the harvest in this area. At times the smoke has been so heavy that visibility was down to one or two miles.

Recently, we stopped by Pam and Neil Moynahan’s home for a visit. They have built onto the original house and have added some delightful spaces on the lower part of the house. There are still some changes they plan to make. It will be fun to watch their progress.

We have an Autumn Blaze maple tree planted by our back porch. During the windstorm two large branches broke off the trunk and landed in the path to the back door. The only damage was to one of the patio lights. It took Steve half a day to repair it and it is now serviceable again.

It’s always nice to be remembered with a bouquet of flowers. Sherry Schlader designed and delivered a colorful bouquet last Friday. She received a call from Pam and Jake Pruit with an order for me to thank me for the article I did recently about Jake’s talent for making special hunting knives. I really appreciate their thoughtfulness.

I checked the tomatoes in the garden and they have started to ripen. Maybe we will have juice to enjoy this winter. The Golliath Tomato plant I bought from Sherry Schlader has proven to be a good choice.

The size of the ripe fruit is just perfect for bacon, lettuce and tomato sandwiches. A real treat this time of year.