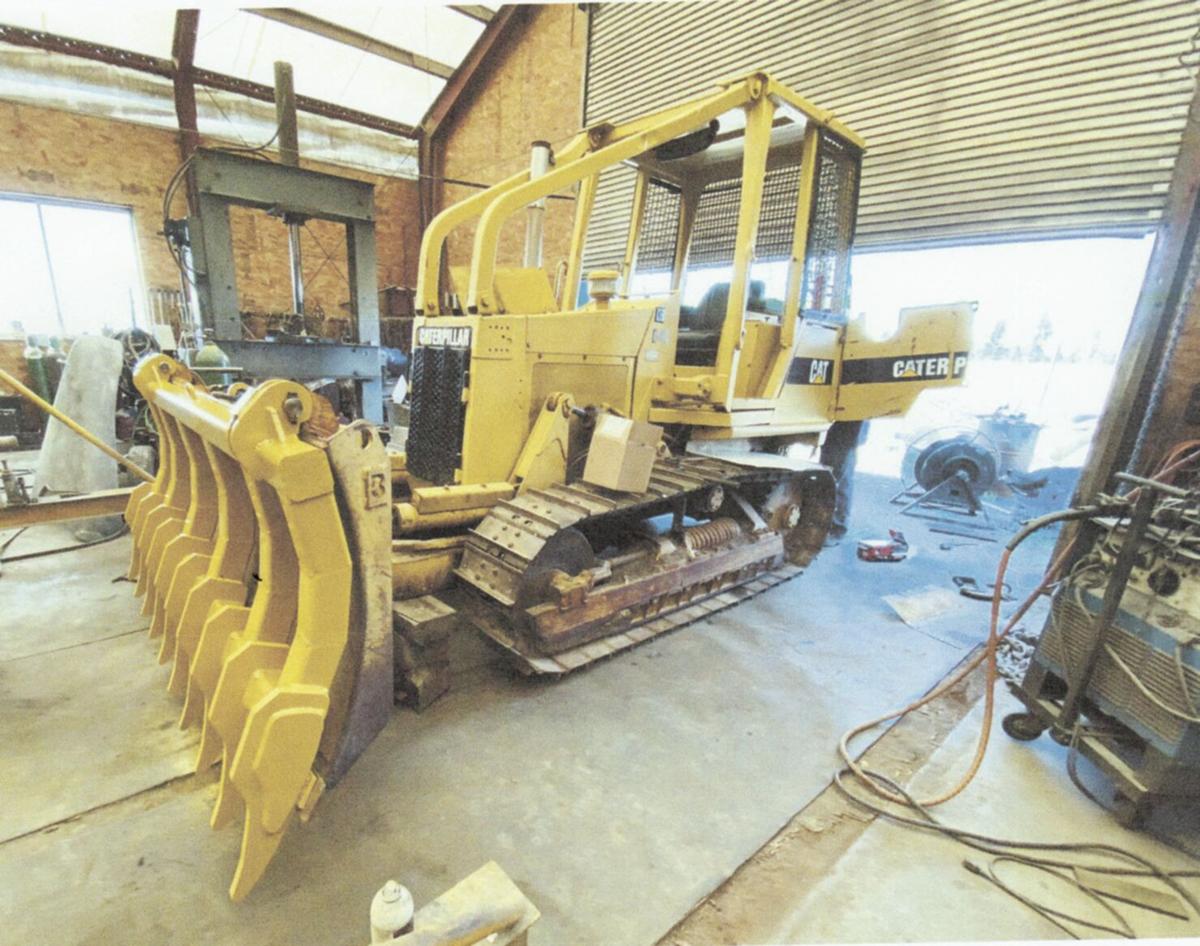 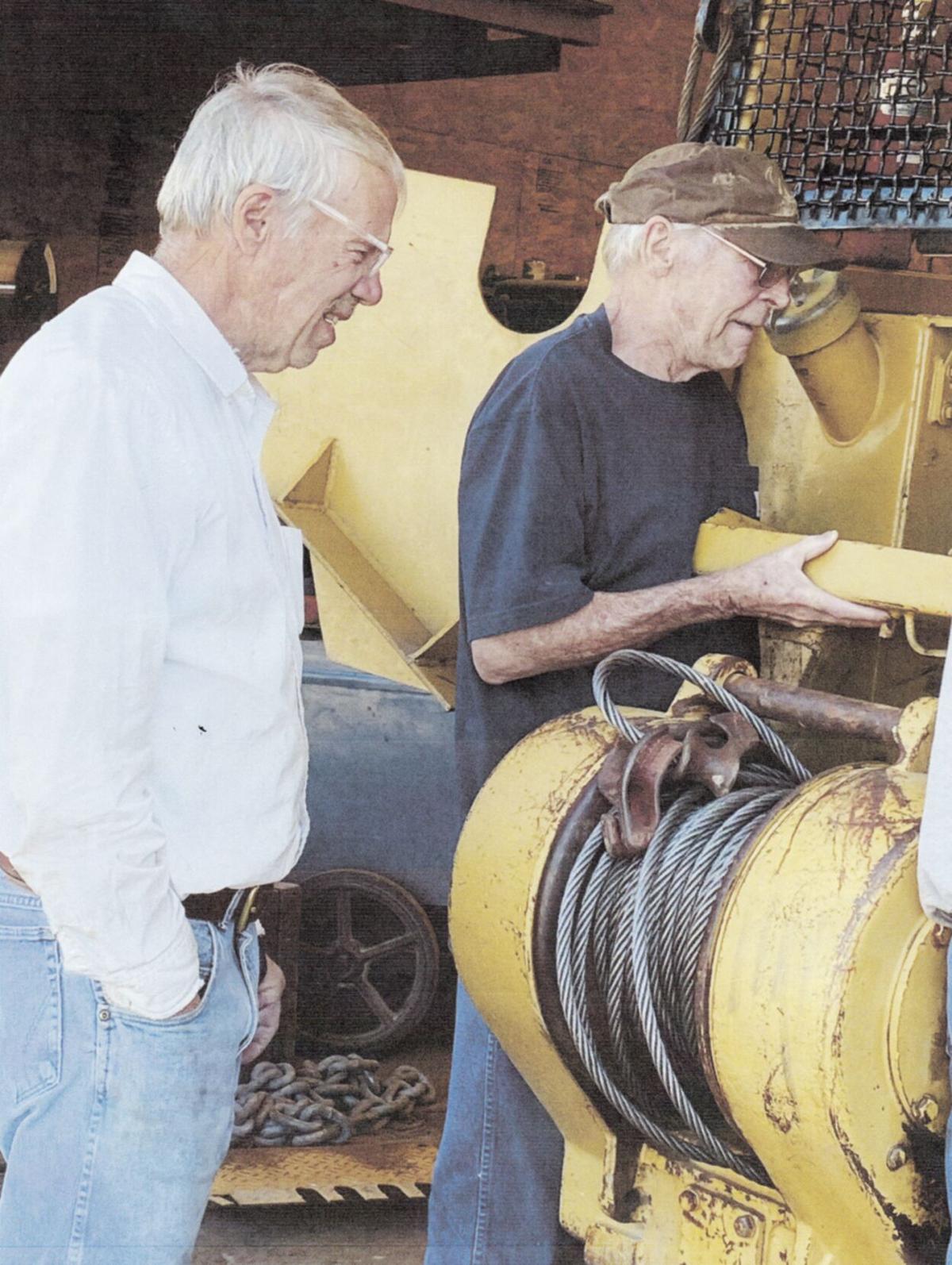 Steve Brand visits with Bob Odin as he works on his dozer. 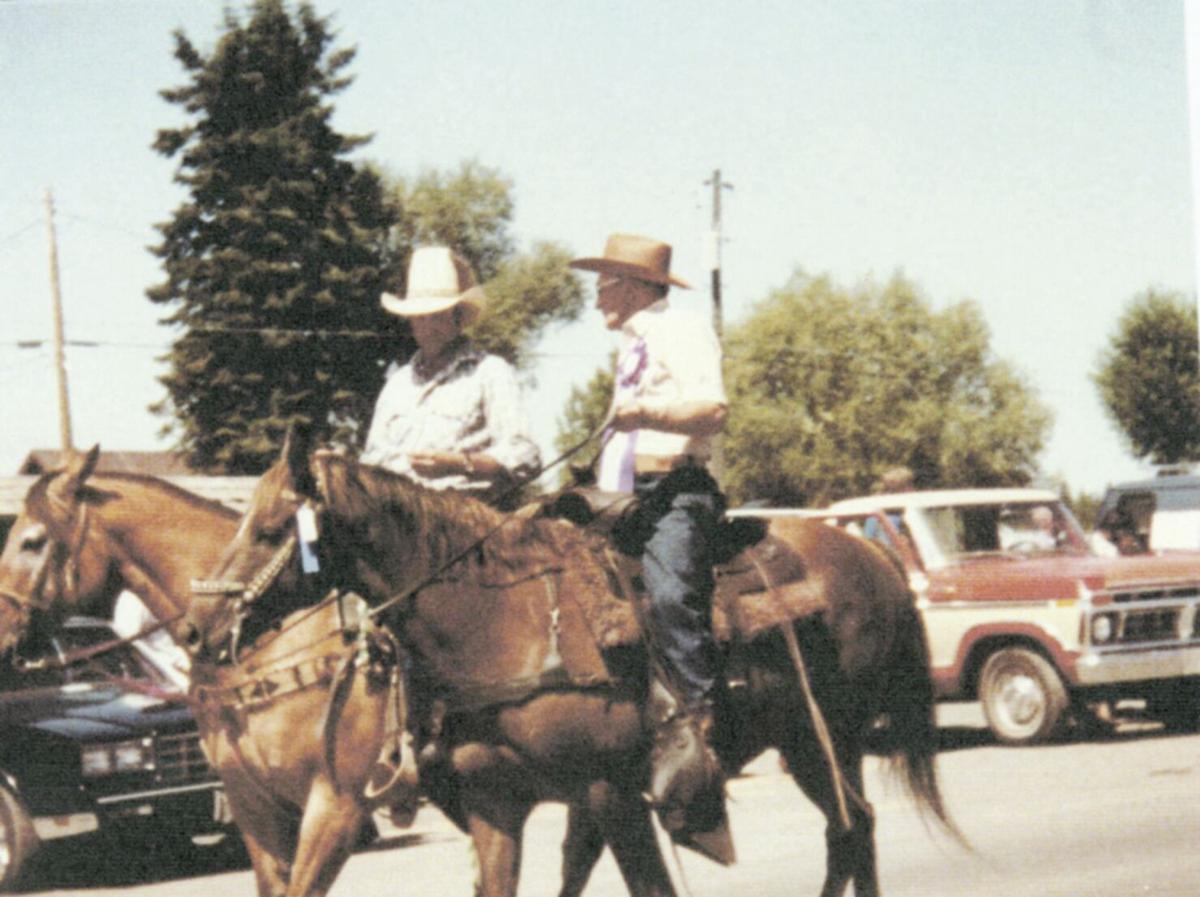 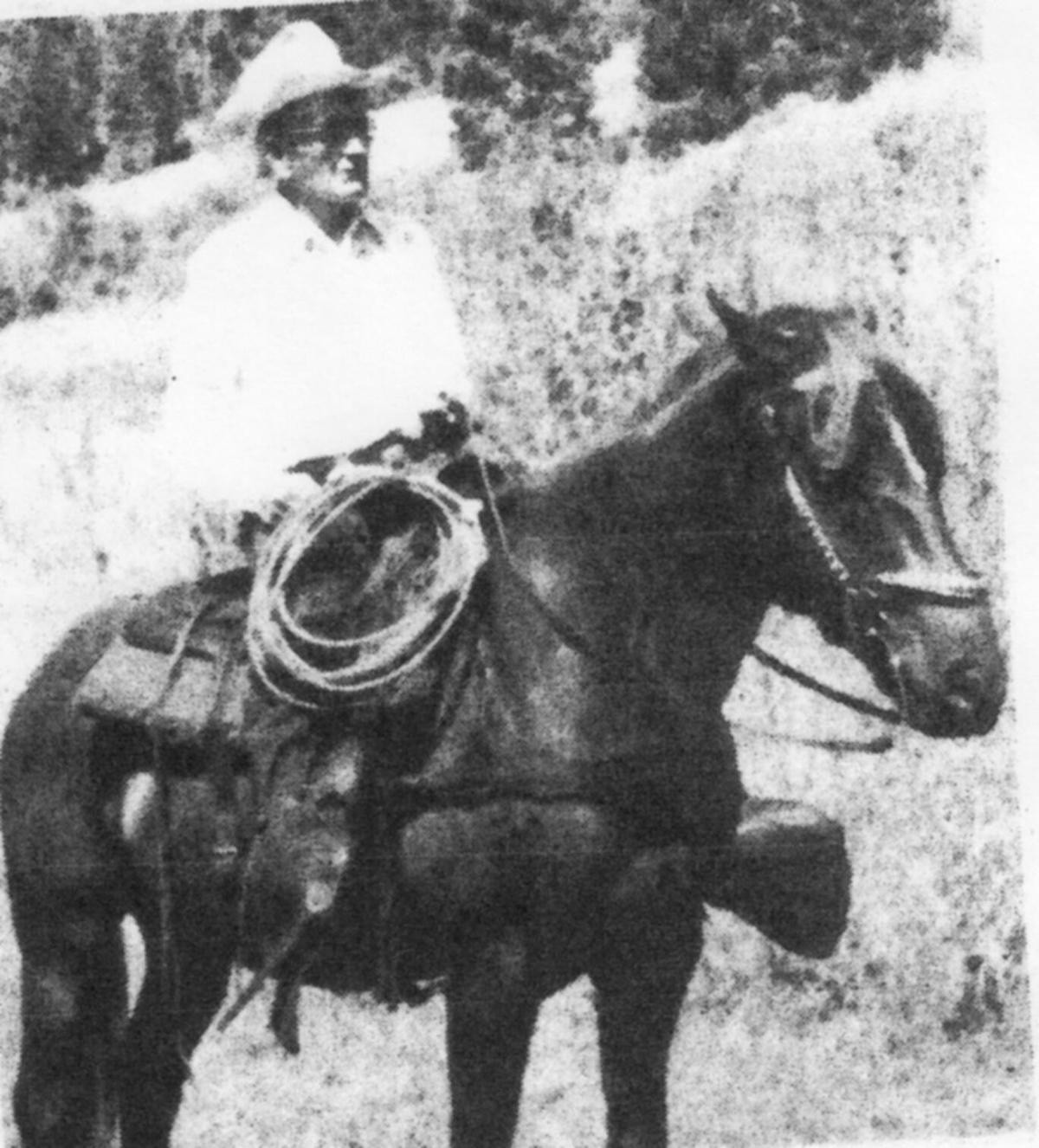 Steve Brand visits with Bob Odin as he works on his dozer.

The weather here on the hill has been sunny with temperatures in the 80 degree range during the day and then it drops into the 40’s after dark. All weather forecasts predicted a beautiful weekend for the Labor Day holiday. Camping was on the agenda for several people we visited with.

We have noticed the drought has caused the fruit on our plum trees to be much smaller than in past years. The pears are coming along nicely and will be ready to pick in a week or two. As soon as the stems release easily from the branch we will pick and store them in the basement to ripen. They will be turned into jams and sauce. Pear Butter seasoned with nutmeg and lime zest is a favorite topping for toast.

On Tuesday, Aug. 31, we had the pleasure of meeting Orofino City Planner, Ryan Smathers, who graciously helped us with the procedure at the airport gas station. Thanks Ryan.

On Thursday, Steve and I stopped at the Mountain Machinery Shop on Highway 11 to see the new brush blade that had been fabricated for a Caterpillar dozer. The new blade certainly looked capable of handling any brush that needed to be removed. Owner Jason Cochrell and Bob, the owner of the dozer, were putting the final touches to the machine. We visited with them then headed back home to continue with some of our projects.

We received a notice in the mail that our driver’s licenses were up for renewal. It only took a telephone call to set up an appointment to apply for the new licenses. So easy compared to the town we lived in before moving to Idaho.

Eva Wolfe wrote the article, “Thornton is Marshall for Rodeo Activities”, for the Aug. 11, 1993 issue of the Clearwater Tribune.

Vern had been interested in the Wild Weippe Rodeo events for many years and was asked to serve as Grand Marshal for the 1983 rodeo. He looked forward to the weekend rodeo and was proud to ride his chestnut quarter horse named Nipper for the event.

Vern had always been interested in horses and was recognized for his special breaking technique.

His wife, Edna Cochrell Thornton, recalled that Vern even rode horseback when they were “courting” as it was called back in the 1930s.

Vern and Edna were married on May 15, 1933. In 1945 they purchased and moved to the former Jim Farance ranch on Lower Fords Creek Road. Here they farmed 500 acres and raised beef cattle.

Vern and his nephew, Earl Thornton, became partners on the farm in 1949. During the summer the family ran cattle at the Thornton Cattle Camp in the Oxford area.

Vern was an avid hunter and fisherman and operated a pack string for several years with George Pitcher. He had been employed as a game counter and packer by the U.S. Forest Service during the summer months of 1942.

An article appeared in the Orofino newspaper on June 26 entitled, “Lost Pack String Believed Safe in Game area”. It talked about the hopes for the safety of the Vernon Thornton Pack string which was lost in the Clearwater forest big game area last fall.

On Saturday, George Pitcher, forest packer, discovered three of the string of 10 horses near Cook Mountain.

Thornton and a neighbor Calvin Whitney found other tracks in the same area, but were unable to locate any of the other seven horses. They were never located.

In 1952, Vern went to work for the Carney Pole Co., at Ahsahka as their woods manager. He continued to farm and work for Carney until he retired in 1977.

His wife Edna and sons, Carl and Lyle, passed away after his death. He had an infant son, Neal, precede him in death. His daughters, Jean Bennett and Donna Brown, still live in Idaho and daughter, Mona Wolfe, lives in Montana.

Happy Birthday Greetings go out to Cory Brown on Sept. 9 and to Steve Brand on Sept. 15.