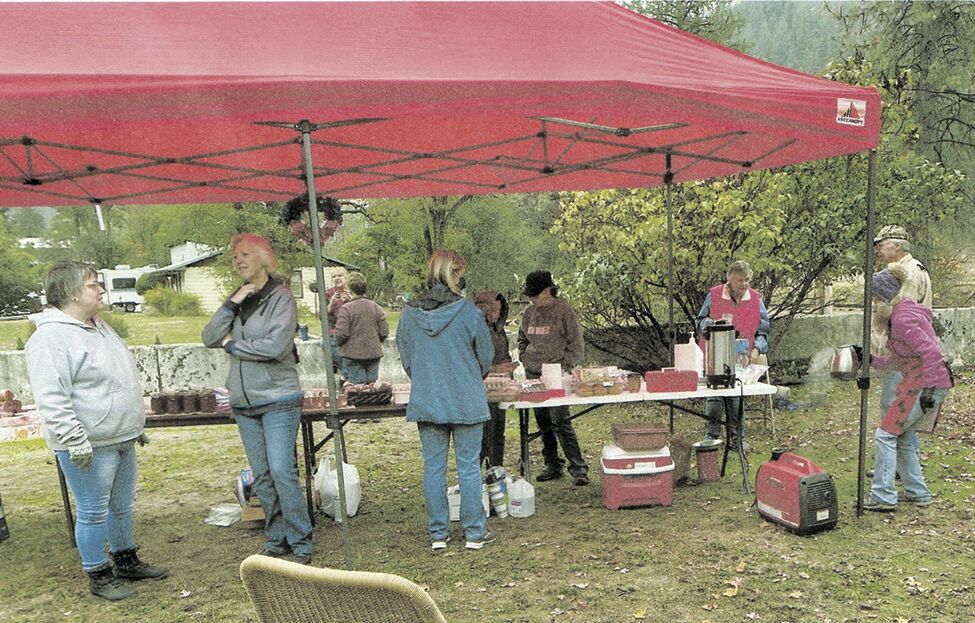 The crew set up the big tent that was borrowed from the Orofino Fire Department. 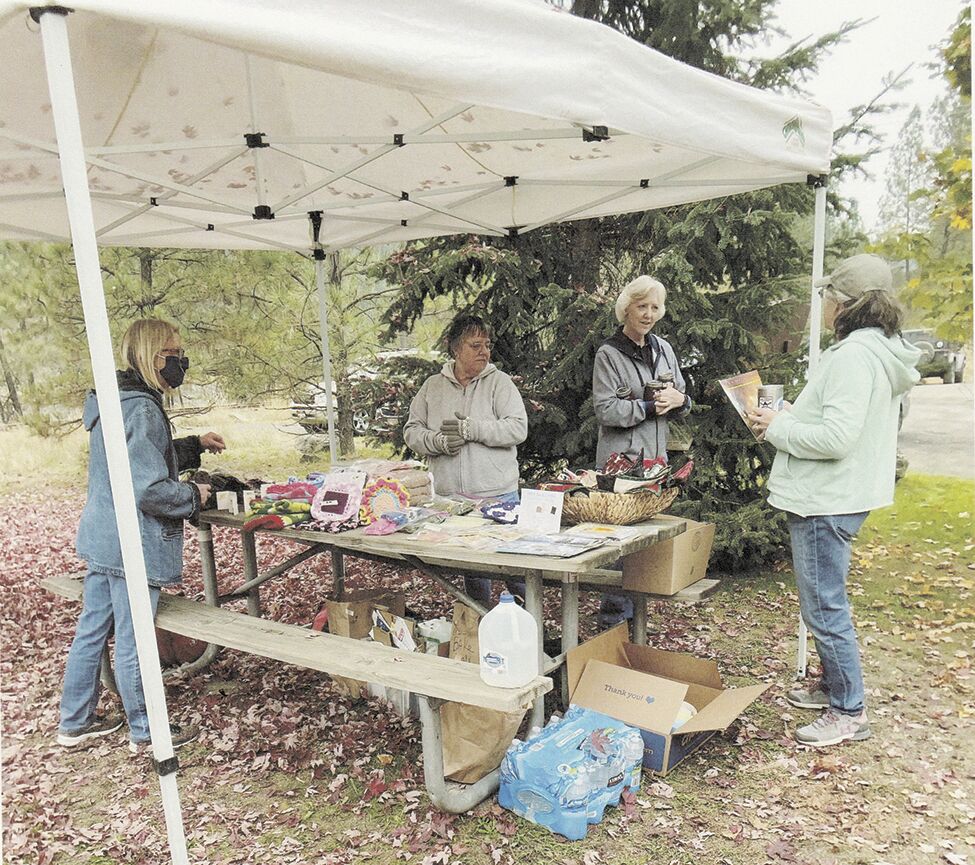 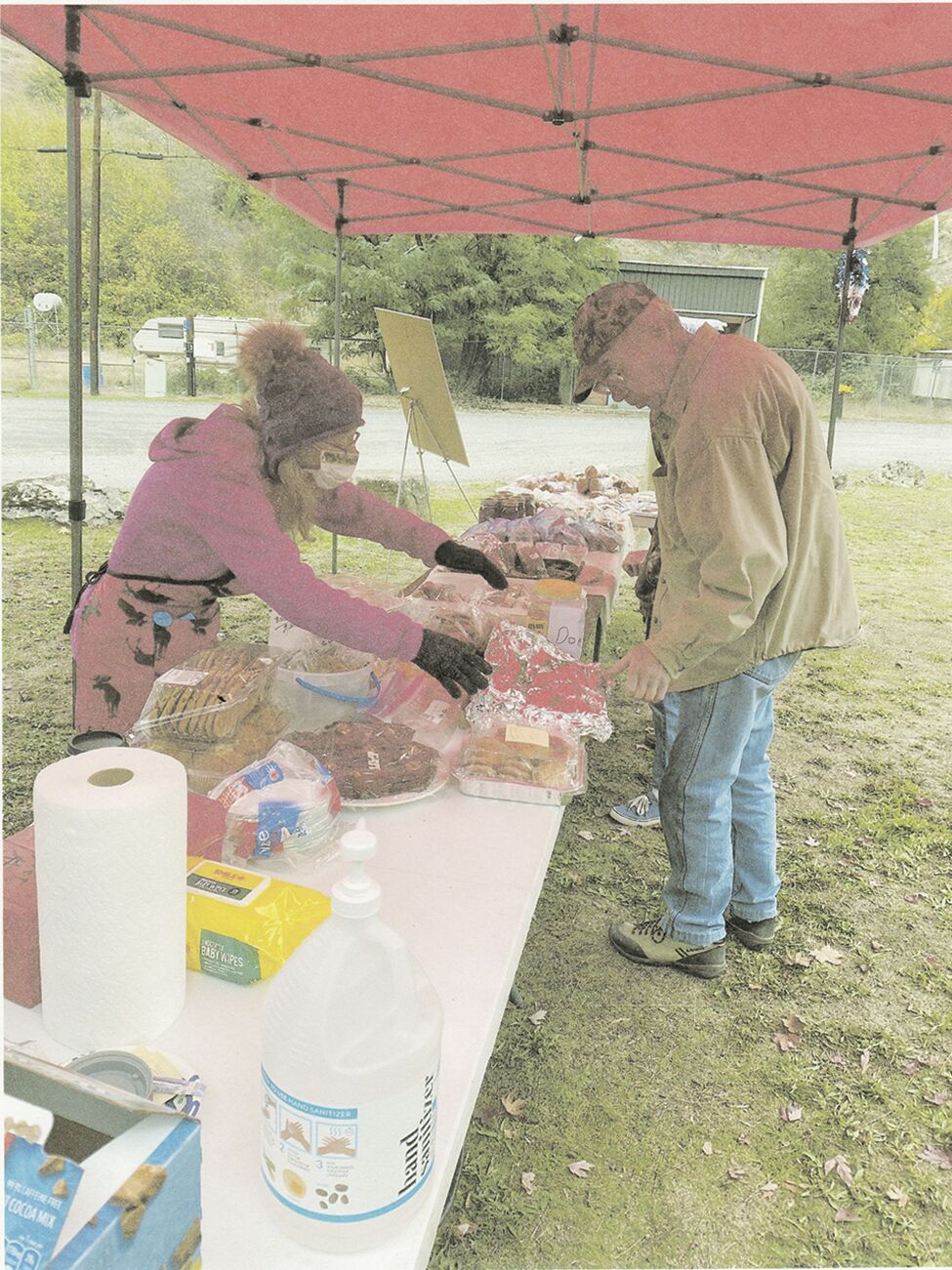 The crew set up the big tent that was borrowed from the Orofino Fire Department.

Last week the weather forecast from the NOAA station predicted rain at the end of the week and it hit the mark right on the head.

Saturday morning the clouds rolled in and by 10:30 rain started to fall. It continued until Monday morning. When we checked our gage it had collected over ¾ of an inch of rain. One thing about a good down pour, it did clear up the pollution from the wild fires and now everything looks fresh and bright.

Autumn is my favorite time of the year. Our daytime temperatures have remained in the 50 degree range and it has dropped into the 40’s at night. There are still some potatoes, strawberries and basil in our garden, so far Jack Frost hasn’t made his annual visit.

The Greer Volunteer Fire District held a Bake Food Sale on Saturday, Oct. 10 from 7 a.m. until 4 p.m. Greer Park was the perfect place for this event as there was adequate parking for everyone who stopped to purchase the baked goods. The tables were set up under the big tents the crew borrowed from the Orofino Fire Department.

Linda Beard reported they had a good turnout. Sales really picked up around 10 o’clock and by the end of the day almost everything had been sold.

Steve and I had to make a trip to Orofino that morning and we timed it just right. Along with a bag of tasty baked items we also added two cups of coffee before we continued on our way. The rain started around 10:30, which probably helped bring more people to the sale.

Chris St. Germain helped put up signs and stayed to visit with everyone. She is an Independent candidate for Clearwater County Commissioner for District 1. She is running against Incumbent Mike Ryan for a four year term.

The Raffle for the Sasquatch Silhouette will continue until Dec. 31. Tickets are $5 each or 5 for $20. This would make a great Christmas present for someone on your list, so plan on purchasing your ticket now. Check with Linda about having the drawing before Christmas if you know of someone who could use a BIG lawn sculpture.

The committee sends a “Big Thank You” to the community for their support for the bake sale and the craft items. This includes the generous donations that were received. The proceeds from this fund raiser will go toward building a fire station on Greer Grade. The District is currently in the early stages of getting the volunteer fire department up and running, so every bit counts. Good luck on your money raising efforts.

The Fraser Community has lost another resident; Jerry Linville passed away on Thursday, Oct. 8 at 11 a.m. He lived on Thornton Road with his wife Sandy and his birthday was the same day as Peggy Ball, Oct. 6.

The Fraser Cemetery Board is requesting that ALL flowers and glass containers be removed by Nov. 1. The 4-H Club will do cleanup after Nov. 1. Flowers not removed will be picked up and placed under the overhang on the storage shed. Please pick up your items as this is for a limited time only. Contact Secretary Cathy Walker at 208-435-4814 for more information.

The Capitol Press had a column on the Opinion Page of the Oct. 9 issue entitled, “Saving Salmon to Feed Orcas.”

The article stated that environmental groups have long argued that, for the sake of the salmon, the dams on the lower Snake River need to go. With the exception of politicians courting the environmental vote, most people in the region have opposed the idea.

Three federal agencies made a logical decision last week when they signed a new operations plan for the 12 dams on the Columbia and Snake Rivers.

The U.S. Army Corps of Engineers, Bureau of Reclamation and the Bonneville Power Administration will manage the rivers under a new plan.

The new plan is the product of four years of study of the river system with a special focus on the four lower Snake River Dams. A federal judge ordered the study as part of an environmentalist lawsuit.

Take time to read this article if you are interested in the outcome. As long as environmentalists cling to the idea of taking out the dams more lawsuits can be expected even though there isn’t any logic to their argument.

Happy Birthday Greetings go out to Judy Berreth on Oct. 31.