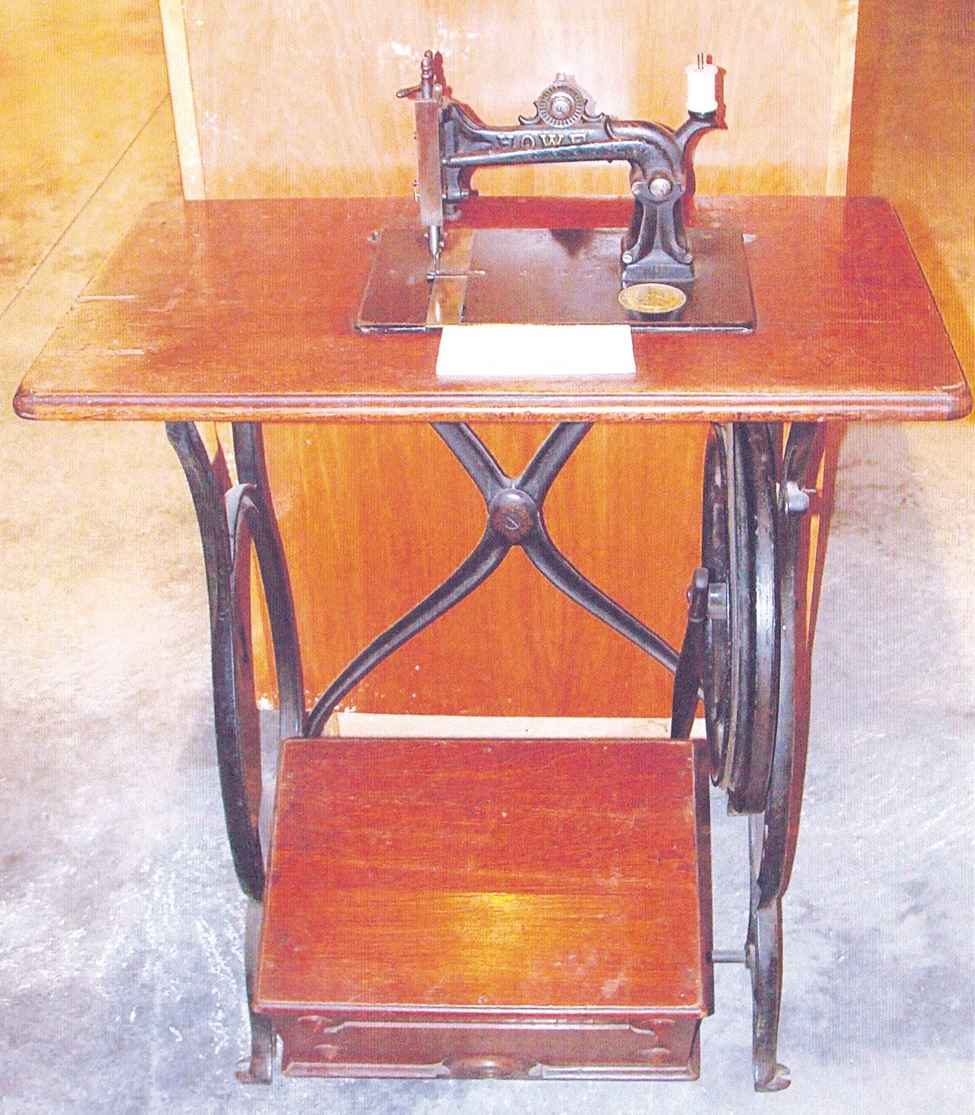 The Elias Howe Sewing Machine at the Clearwater Historical Museum. 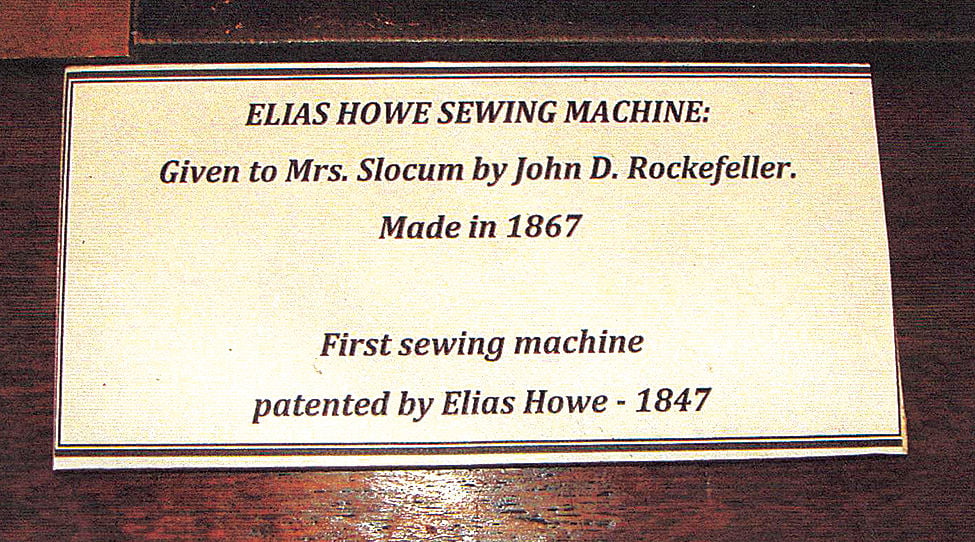 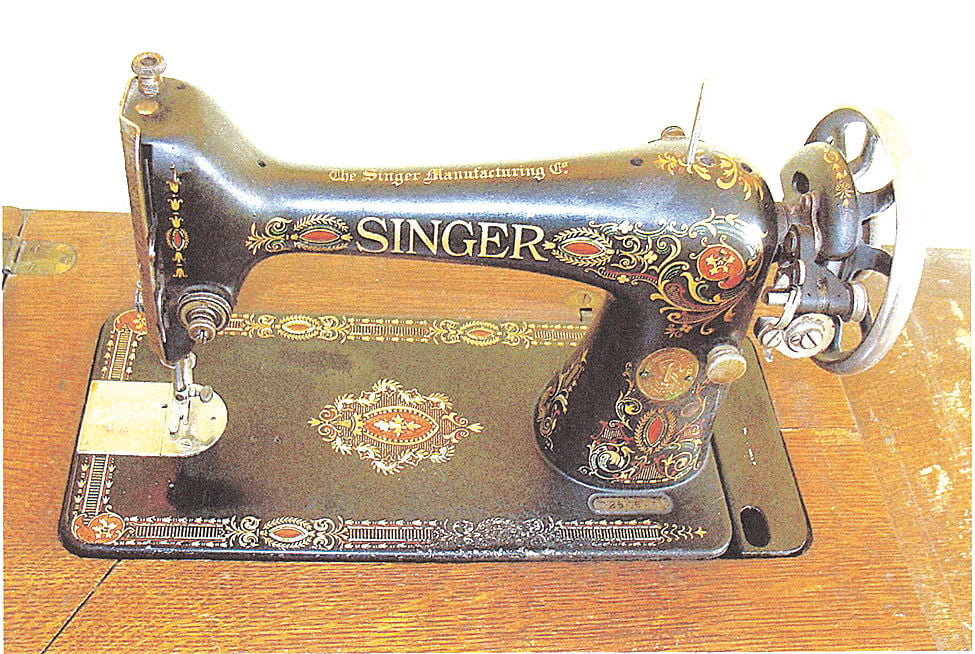 A Singer No. 66-1 Treadle Sewing Machine owned by Norma Brand.

The Elias Howe Sewing Machine at the Clearwater Historical Museum.

A Singer No. 66-1 Treadle Sewing Machine owned by Norma Brand.

What a pleasure it was to have the sunshine pop out of Monday afternoon. Last week, Old Man Winter had staked his claim on our weather again. We have had days of fog, rain and snow showers and the fields and yards are covered again with the white stuff.

Our temperatures ranged in the 30 degree range during the night time hours and climbed into the high 30’s and low 40’s during the day. The cloudy skies prevented the snow from disappearing. Our gravel roads have melted off, but weight limits have been posted as they are definitely saturated.

When we first moved here in 2001, my sister, Delores, and I placed a t-post on the edge of the water in the pond and we have used it ever since to judge how full the pond is. It looks like our pond will fill up again this year as the field that drains into it is covered with snow.

Timberline Schools Highest Honor Roll listed 10th grader Abigail Brown and in the 12th grade were Shelby Bird and Krystal Dahl. In the High Honors division for the 8th grade was Cody Bird. In the Honors division Nathan Browns name appeared for the 5th grade, and his brother Parker Brown for the 9th grade.

Congratulations to everyone, keep up the good work!

Valentine’s Day will be here on Friday. You still have time to “Send some Love” to that special person of yours. Sherry has a great selection of gifts to choose from and delivery is available. You can contact Sherry at 208-435-4793 for more information. Her Valentine Holiday shop hours are 10 a.m. until 3 p.m. Wednesday, Thursday and Friday.

The winter weather has kept me inside and has given me time to get reacquainted with my old treadle Singer Sewing Machine. The cover of the instruction manual identified it at NO. 66-1 oscillating hook for family use.

My mother-in-law purchased it for $5 and gifted it to me in the early 1960’s as I didn’t have a machine at that time. It came with all the attachments and the instructions on how to care for the machine. I still marvel at the attention to detail of the designs on the machine itself. It gave me hours of pleasure as I made clothing for the family and things for the house.

The Clearwater Historical Museum has a wonderful Elias Howe Sewing Machine in their collection. Elias Howe patented the first American sewing machine in 1847. A sign at the Museum indicates it was given to Mrs. Slocum by John D. Rockefeller. The machine has a wooden box cover to protect it.

Elias Howe Jr. was an American inventor best known for his creation of the modern lockstitch sewing machine which revolutionized garment and shoe manufacturing.

Can you imagine hand stitching all the clothes for your family? Now think about the fabulous outfits made for the wealthy men and women before the sewing machine was invented. It does bogle the mind!

Several women in our area have sewing machines built by the Davis Sewing Machine Company. Look for their story in next weeks Fraser News column.

Happy Birthday Greetings go out to Parker Brown on Feb. 29, to Loretta Musgrave on March 1, and Kay Stone on March 4.