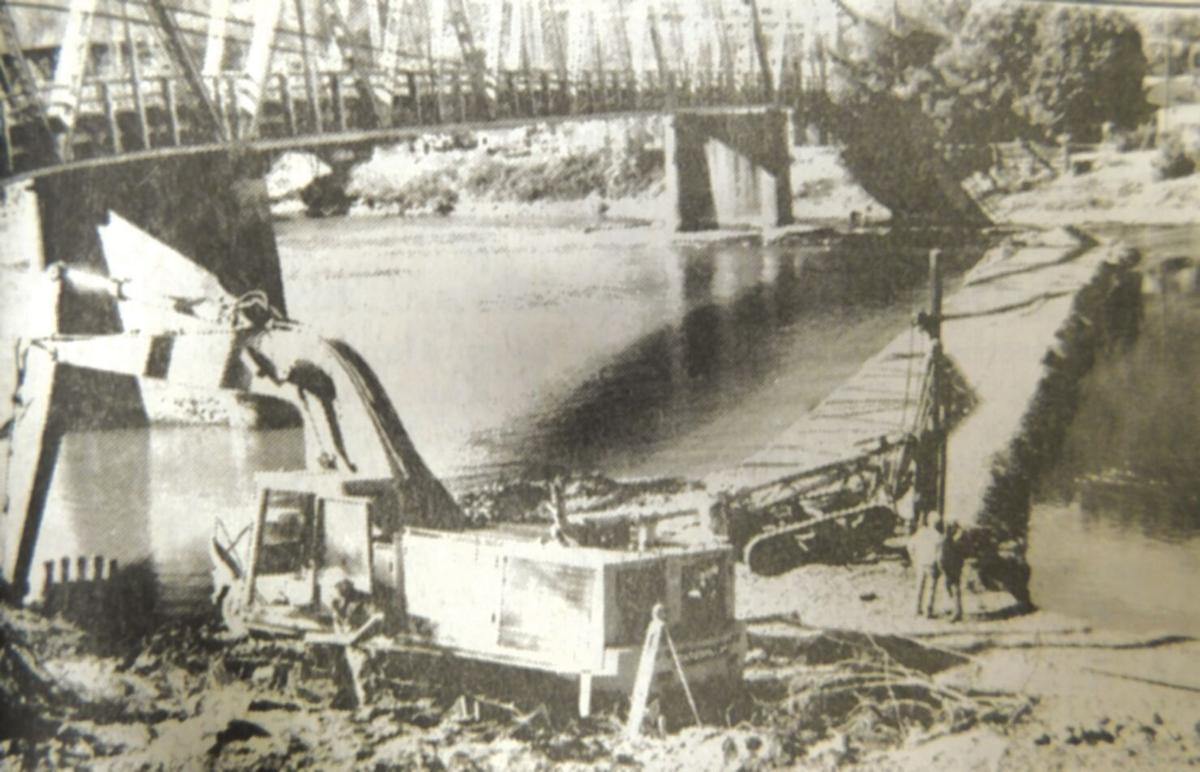 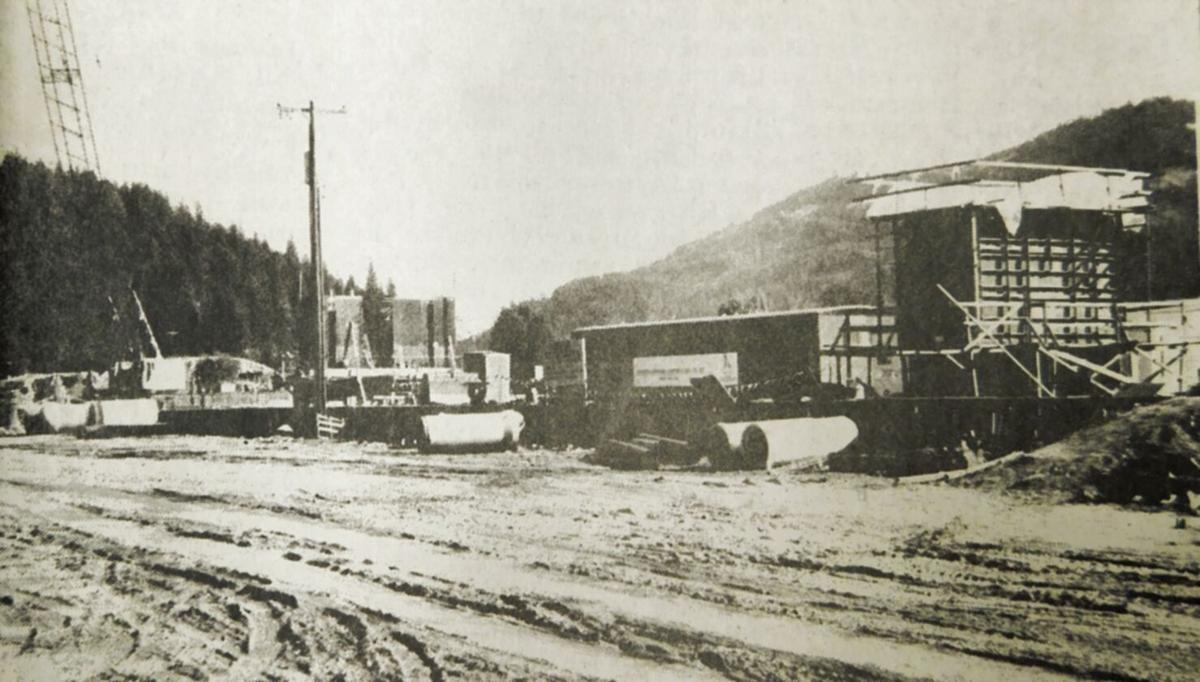 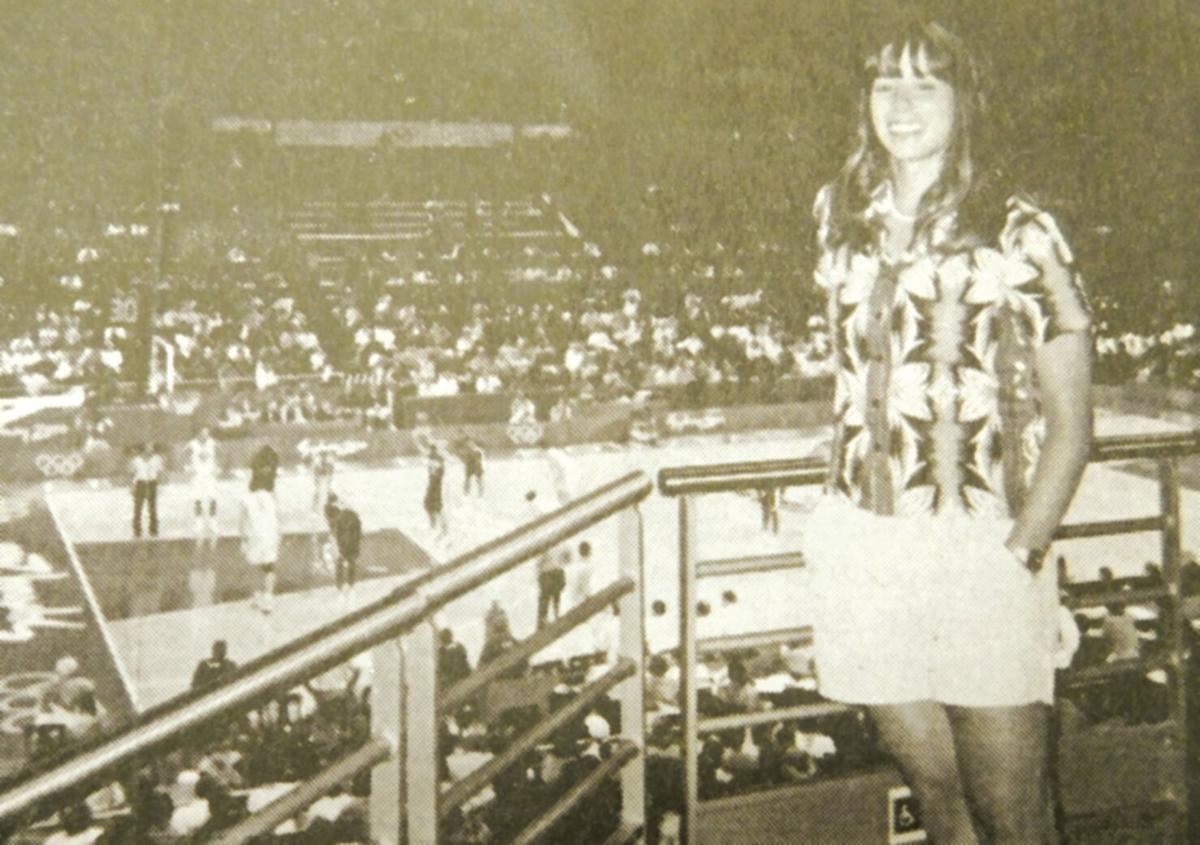 Colleen Case in attendance at the semi-finals of the Men’s Basketball game at Sydney Olympics. The USA won by two points over Lithuania. (Clearwater Tribune Oct. 12, 2000)

Colleen Case in attendance at the semi-finals of the Men’s Basketball game at Sydney Olympics. The USA won by two points over Lithuania. (Clearwater Tribune Oct. 12, 2000)

An outpouring of love, support and financial donations were expressed at a benefit Saturday for Katie Barron, 6, who is undergoing treatment for leukemia at Sacred Heart in Spokane.

The daughter of Jessica and Russell Barron of Orofino, Katie is expected to be transferred to Seattle for a bone marrow transplant in the near future. She had leukemia several months ago and was thought to be cured, but was re-diagnosed with the disease in June.

Paradise Outfitters reported a plane down and damaged at Cayuse Landing Oct. 4, according to Clearwater County Sheriff Nick Albers.

The 1978 Cessna flew in from Montana Wednesday afternoon and the pilot failed to put the landing gear down. The plane slid 302 feet and the propeller and underside of the plane were damaged. The pilot and a passenger were okay, Albers said.*

Colleen Case was the amazed winner of a week’s all-expenses paid deluxe trip for two to Sydney, Australia, for the Olympics. She had been shopping for pants on the Adidas website on her computer, and just incidentally signed her name for their Olympics Sweepstakes. She then forgot about it, because nobody ever expects to actually win those things. But she DID win and the Grand prize!

Darrell Markuson, 22, son of Mick and Ruth Markuson, told his parents that boredom and the heat are the biggest problems he and his fellow troop members are having right now in Saudi, Arabia.

Lance Cpl. Markuson, a head mechanic with a U. S. Marine helicopter crew, was sent to Arabia five weeks ago from a base in California.

He said three weeks there seems like three years. *

“YOU HAVE TO DRESS LIKE A LOGGER when you pull the green chain,” Dist. 7 Rep. Marguerite McLaughlin told Idaho Governor John Evans Thursday as she presented him with a pair of black logger jeans and red “Idaho Logger” suspenders to wear the next day on his visits to Konkolville Lumber Co., B.J. Carney Company and the community of Elk River. It was obvious the legislator had researched the situation in her usual thorough way for the clothing fitted perfectly.*

A complaint was filed this week charging Harold R. Feucht, Lewiston, with negligent use of a firearm, a misdemeanor.

According to Deputy Prosecutor John Swayne, Feucht is being charged in connection with the shooting Oct. 7 of Kathie Baird of Harvard. Baird was shot and injured while alone in a hunting camp on Silver Saddle north of Headquarters.*

Included in the Public Works Appropriation Bill signed last week by President Nixon is an amount of $57.4 million for the Army Corps of Engineers for further construction on Dworshak Dam. This was the largest single amount appropriated for Lewis-Clark Empire projects, for the current fiscal year.*

Orofino Celebration members conferred with the city parks department this week to determine policy on construction of permanent food concession booths at the fair grounds, headed by President Jack Isbelle.*

First Go Kart races for Orofino will be held this Sunday, Oct. 16 at the new track across from the grade school on Michigan Ave.

The races are sponsored under the auspices of the Krazy Kart Klub which is sponsored by the Orofino Jaycees. Time trials for the small motor-powered carts which attract grade and high school youngsters will begin at noon with the regular races to be held later that day. There is a $2 entry fee per kart and admission is free. Trophies will be awarded.*

Last year the Ahsahka schools bought more Savings stamps in total dollar volume than any other schools in Idaho or even the city of Spokane according to Robert Burnett, postal inspector.*

Mrs. Harold Holmes was informed by telegram that her son, Cpl. Victor Beauchamp, 27-year-old Marine veteran, was seriously wounded on the Inchon front of Korea in September 26. No details were given.*

R. E. Brazington last week completed a deal for the sale of the Weippe Cold Storage to Mr. and Mrs. Corey Winther, also of Weippe. The Winthers took over operation of the meat, grocery and cold storage business a month earlier.*

Near hurricane winds battered the Clearwater area and leaves in its wake.

Power failures were prolonged in Orofino and Pierce by blow downs that yanked wires from one or two homes while highway traffic was uncertain with fallen trees across many highways.

Reports were current that a new Ford belonging to a hunter was smashed by a tree on Freeman Creek.*

Five members of the Orofino Rifle Club have qualified in the outdoor range big bore rifle shoot for expert riflemen’s medal, given by the war department to contestants who score at least 132 of a possible 150.

Those qualifying as expert are J. R. Crawford, 136 points; Harry Cummings, 135; Hank Halam, 134; Harold Mooers, 134; and Gwen Maynard, 134. All but Cummings, who did not shoot last year, will receive a special award medal for winning three years in succession.*