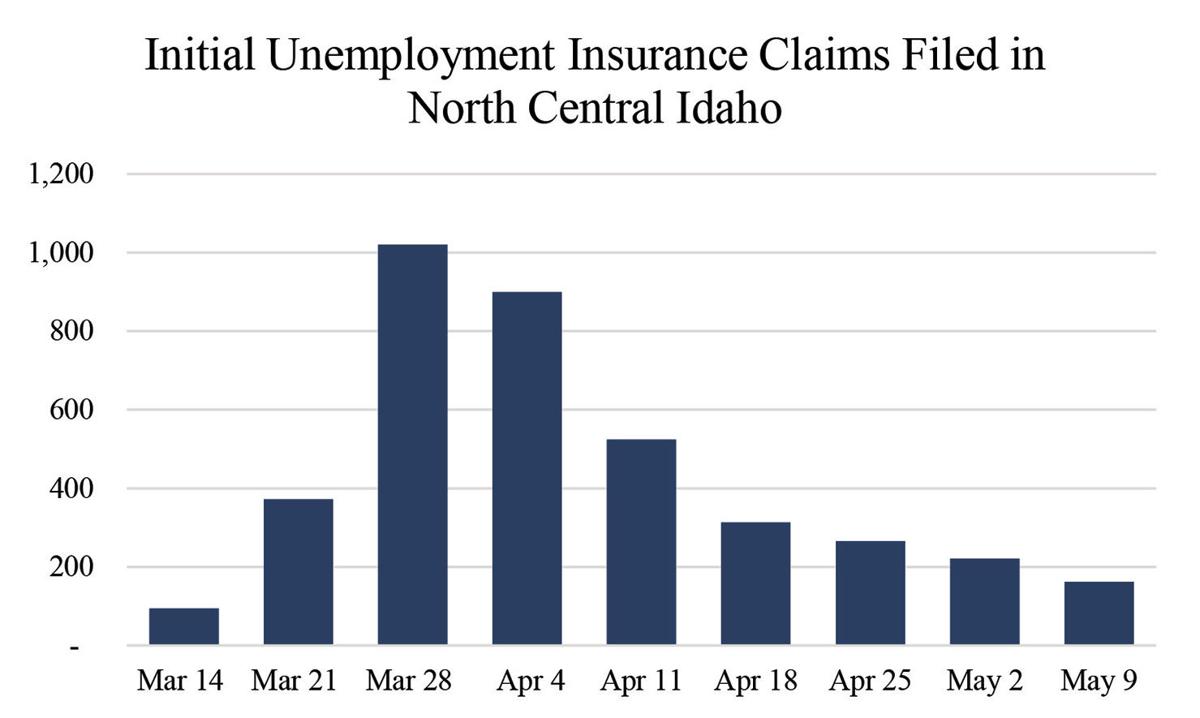 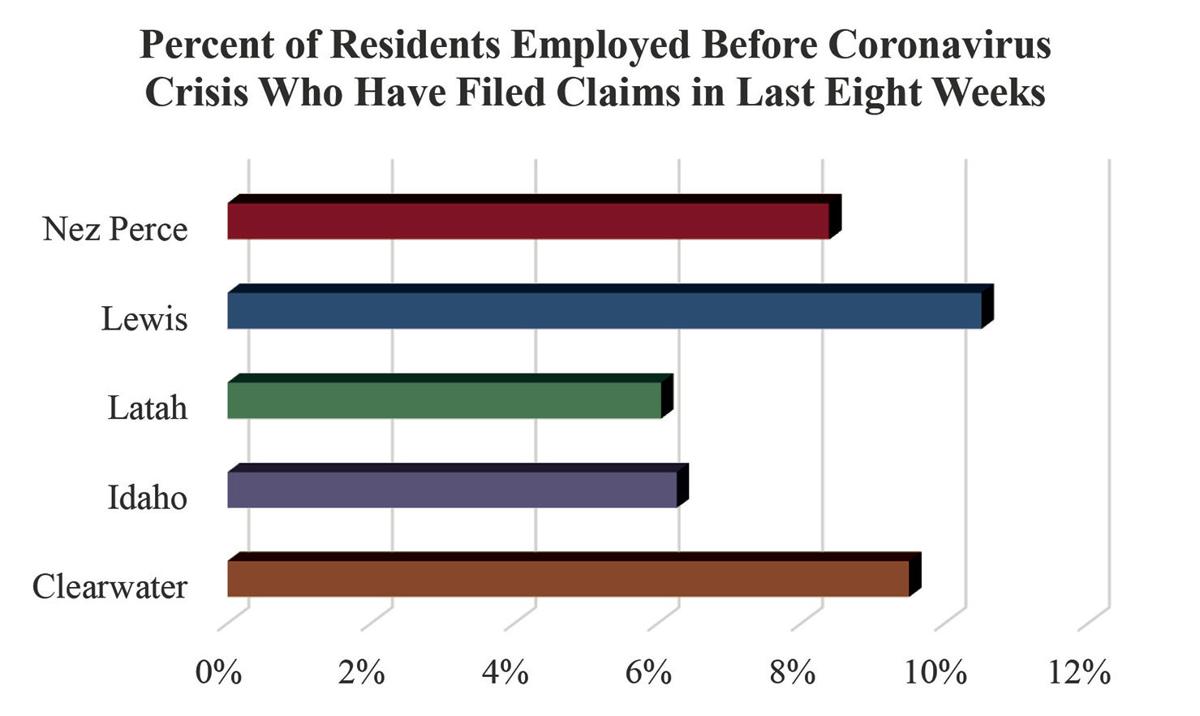 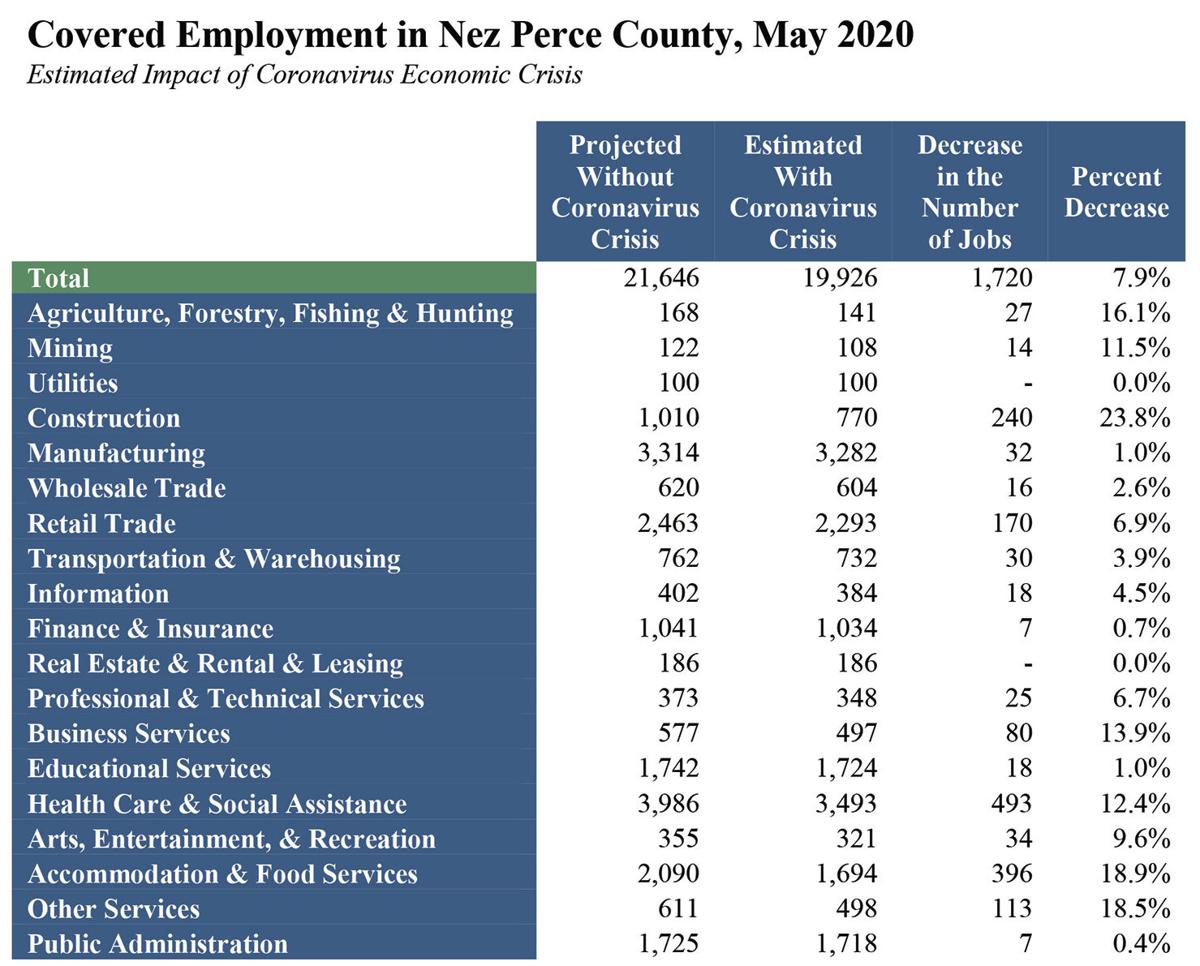 In the first eight week of the coronavirus economic crisis, 3,777 of the region’s residents filed claims. That was greater than the 3,666 claims filed in the entire year of 2019. People filing claims made up 7.3 percent of the residents who had jobs before the coronavirus crisis. Lewis, Clearwater, and Nez Perce Counties had the highest prevent of formerly employed residents, as the table below shows.

The hard-hit accommodations and food services sector laid off nearly 400 workers—causing a 19 percent drop between the expected number of jobs if there hadn’t been a crisis and the estimated jobs with the crisis.

Construction lost 240 jobs. Some of the job losses came from nonessential specialty trades, while other losses resulted from the slowdown of work at construction sites as contractors attempted to keep their crews socially distanced from each other. In addition, the economic uncertainty resulting from coronavirus ia postponing some projects.

Retail workers filed 170 claims in the first eight weeks of the coronavirus crisis, resulting in a 7 percent drop in jobs.